More than 100 countries in the world have already ratified the Paris Pact, pledging to reduce emissions and keep climate change to less than 2 degrees Celsius over pre-industrial levels. But president-elect Trump has been very vocal about how he doesn’t believe in climate change and he is now reportedly trying to back away from the pact.

“Donald Trump has said – we’ll see if he keeps this promise – that he won’t respect the conclusions of the Paris climate agreement,” Sarkozy, who is a French presidential candidate told the TF1 television channel on Sunday.

Current US president Barack Obama has been a great supporter of the Paris agreement, constantly pushing for sustainable measures. But Donald Trump has called global warming a hoax and has promised to quit the Paris Agreement. Under these circumstances, Sarkozy believes we should impose a carbon tax on the United States. Kind of like how Trump wants to build a wall, but instead of a physical wall stopping Mexicans, this would be an economic wall fighting climate change.

“Well, I will demand that Europe put in place a carbon tax at its border, a tax of 1-3 per cent, for all products coming from the United States, if the United States doesn’t apply environmental rules that we are imposing on our companies,” he added. 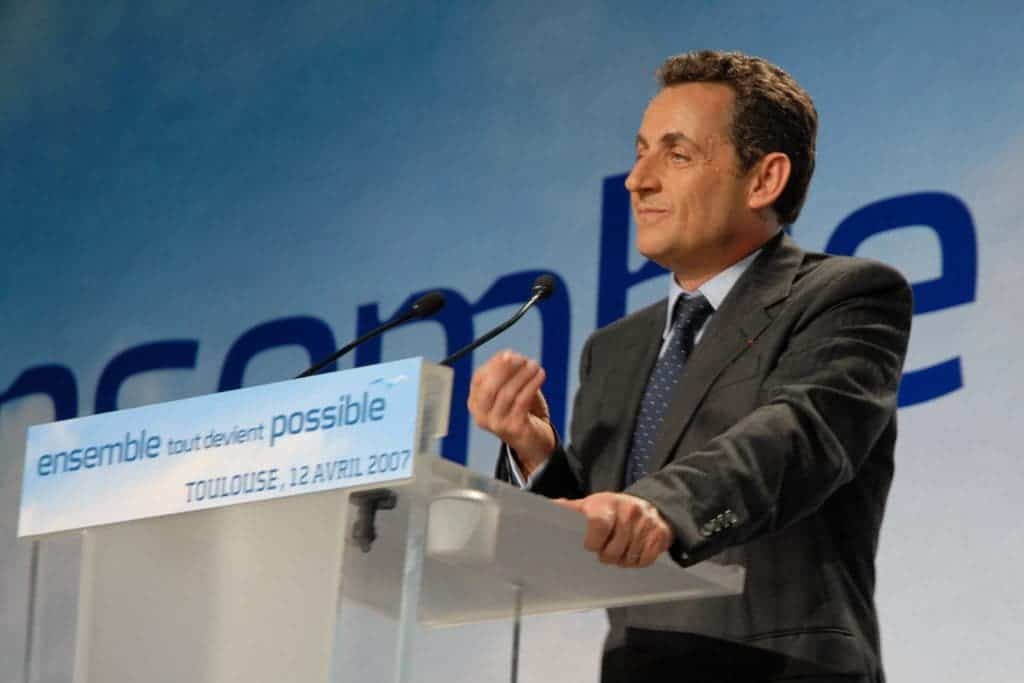 Sarkozy was president in France and he is running again. Image credits: Guillaume Paumier.

Trump’s election has caused uproar in the scientific world and he has repeatedly taken anti-science positions, causing extreme worry at the UN summit in Marrakech, Morocco, where world leaders are discussing ways through which emissions could be kept to a minimum.

“Trump will be the first anti-science president we have ever had,” says Michael Lubell, director of public affairs for the American Physical Society in Washington DC. “The consequences are going to be very, very severe.”

As a global leader in innovation and one of the planet’s biggest carbon emitters and polluters, the US has a responsibility to clean up its act and ensure that at the very least, it is taking concrete steps to reduce its negative impact. But as Sarkozy points out, pretty much the only way to make sure that a country is holding up its end of the deal is a carbon tax.

It’s also interesting that he proposed this, considering Sarkozy himself is often labeled as a climate skeptic.

“Climate has been changing for four billion years,” the former president told a panel of business leaders in September, the weekly Marianne reported. “Sahara has become a desert, it isn’t because of industry. You need to be as arrogant as men are to believe we changed the climate.”

But beyond the potential hypocrisy in his statement, he does have a valid point, echoing reasoning that’s popular in many parts of the developed world. We need leaders that address global concerns and have the ability to grasp the greater picture on vital issues such as climate change. The science is in, it’s time for politics to act.