Shuhan He is a Resident Physician at Harvard Emergency Medicine. He’s a neuroscientist interested in neurocritical care and improving neurobehavioral testing in laboratory animals and humans. He also believes mouse mazes can be a key part of that. We sat down with him (through the wonders of the internet) and asked him a few questions about this challenging field.

Andrei Mihai, ZME Science: Thank you for taking the time to share your thoughts. I was curious what drew you to this intricate field of research? How did you start working with mice, and subsequently, with mazes? 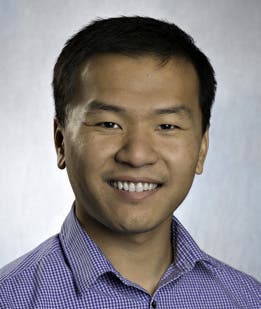 Shuhan He: One of the things that pushed me into this field has been the lack of an effective set of tools to carry out more comprehensive experiments in the lab. While working in the lab, it became evident there wasn’t a way to gather big amounts of data from the research and repeat the experiments based on this evidence. Most lab equipment companies are still failing to provide the devices needed for this, which is why it was a good time to step forward.

AM: As in all fields of science, replicability is vital. How much of an issue is this with mouse studies in general, and with mazes in particular?

SH: It’s not much of an issue as long as all the conditions are met and repeated in the same manner every time. Even though there are small factors that could influence the experiments such as the ambient light or the fragrance you are wearing, all of these should be noted with anticipation.

Most mice experiments can be repeated and it’s even easier when you have automated devices that can do most of the job for you and decrease the differences between the studies to a minimum.

AM: We often read about mouse studies, but we rarely get a chance to see how they actually take place. Could you describe how such a study would take place, what are the stages, and how long does it take? Is there a great variability between different types of studies?

SH: Let’s take the Morris Water Maze task as an example [a behavioral procedure widely used in behavioral neuroscience]. This experiment is carried out with the objective of measuring mice’s memory and learning capabilities. 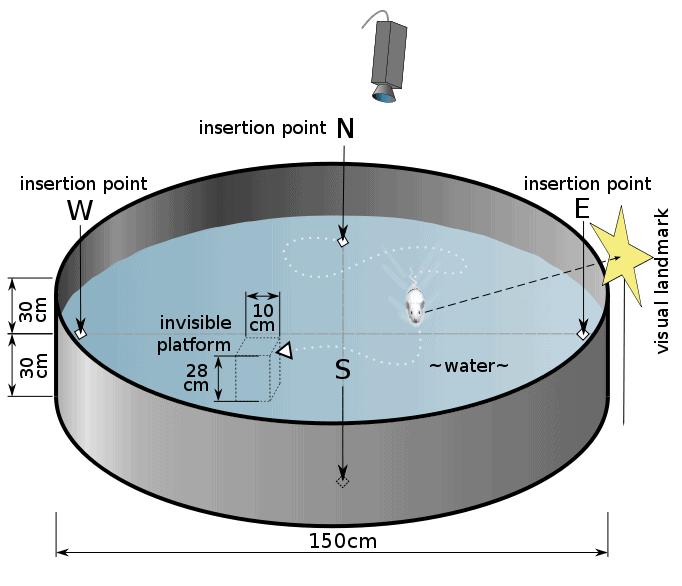 First, the water pool needs to be prepared. There’s a platform at the center of this pool which the rodent should reach each time it is put to test. The test basically consists in placing the mice inside the pool and teaching it to reach this safe platform instead of trying to escape the water pool.

We eventually change the position of this platform for each trial once the subject learns the route to safety, and then we measure how long does the rat take to reach the target in addition to tracking its movements. The result of this particular test lets us know how fast the rat can learn a task and it’s also a good indicator of their ability to recall past experiences. The successful application of the morris water maze is what led researchers to this fantastic claim that they could engineer smarter mice.

As for the different types of studies, there are different devices and mazes depending on the case. For example, the previously mentioned Morris Water Maze is usually used for memory and learning tests and then there is also the Automated 8 Arm Radial Maze that helps a similar purpose, with the difference that the latter is more focused on short-term memory. Another example would be the Treadmill, which can be used for resilience tests and sleep deprivation studies but it’s important to mention that many of these devices can be combined with others to create new trial environments.

SH: We have a different purpose in mind each time we design a maze or any other research device. Some of them are old mazes that we brought back to life by adding new technologies, features and quality components that were not previously found in the market, a good example of this would be the Automated T Maze or the MWM (Morris Water Maze).

If there’s anything that all of these devices have in common is that they are created with the highest quality pieces but not a single one of them is the same as the other.

Our latest creation is the Labyrinth. This device acts as a housing system for rodents that is completely automated and can be customized for different purpose, it also includes the latest technologies available and we are very proud to present it. Other mazes worth mentioning here are the Automated 8 Arm Radial Maze and the Automated T Maze.

Here is a demonstration of the Automated 8 Arm Radial Maze in action:

AM: How has the development of neuropsychiatric drugs changed in recent years, with the development of so many new technologies (i.e. 3D printing, more powerful computing)? How do you see the field evolving in the next few years?

SH:This is a really exciting time for behavioral neuroscience. Modern computational tools are making it possible to take complex data sets of behavior and tease out subtle findings of intelligence, learning, motor function and even social dynamics patterns. This would have never been possible before with manual interventions.
The biggest advantage of behavioral work in rodents is that we can fully control their environment. Closed arenas where the machines take live data and control the experiments are definitely the future. We can even see the brain firing as it functions right now, so imagine taking that data live and having the machine modify the environment to try entirely new categories of experiments. That’s the exciting future in front of us.

AM: Lastly, what motivated you to start Maze Engineers? Where do you see this going in the future, and what is the role you hope to play?

SH: Maze Engineers has been created because mazes are an underappreciated technology. Behavior is fundamentally a combination of all of the components, and they can’t be broken down into something more basic. Mazes are the only thing that can really tell us how the brain as a whole is functioning.

We have a bright future ahead, especially with the inevitable advancement and application of artificial intelligence in the automation of processes and in making complex analysis much faster than any team of scientists could ever do manually. I am certain AI is going to play a huge role in the scientific field for the upcoming times and we hope to be at the forefront of this thrilling period.