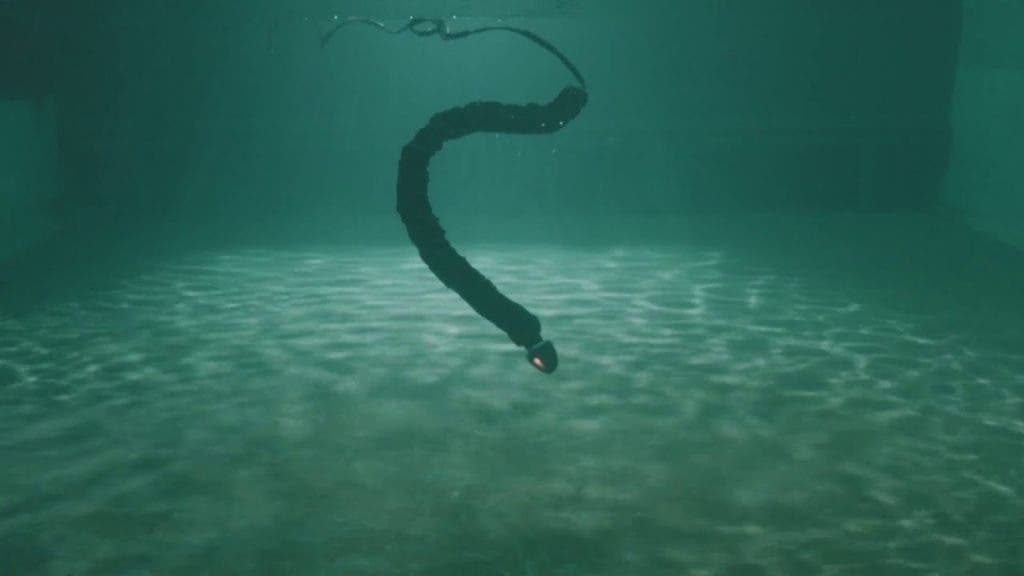 Remember “Terminator”? Or that diamond of modern cinema, “Snakes on a Plane”? Both terrifying in very different ways. Now scientists, not content to be one-upped by mere movies, mixed the two together into a whole new blood curling package — underwater robot snakes.

Admittedly they’re not out to hurt anyone. In fact, they’re here to help: the Eelume bots were developed to maintain underwater equipment in working order, an otherwise very pricey task. They will be permanently deployed on the seabed, where they will tend to gear that is difficult and expensive to reach for human personnel.

The robot is designed with this snake-like form so it can slither in and around underwater rigs to clean and perform quick visual inspections. The robot’s head can clamp down on small components so it can perform tasks such as adjusting valves, for example.

Eelume, the company behind this project, is a spin-off company out of the Norwegian University of Science and Technology (NTNU). It collaborated with oil and gas company Statoil and Norway’s Kongsberg Maritime in developing the robot. The latter — with over 25 years experience, including operating the robot that captured the Sherlock Holmes movie model of the Loch Ness monster last week — lent its underwater robot know-how to the project, while Statoil provided real-life installations for testing.

The developers hope that the robot snakes can take over the bulk of subsea inspection tasks, drastically reducing the need for costly vessels. Eelume stated that the bots can be permanently deployed to both new and existing underwater systems, where they will serve as a “self-going janitor on the seabed.”

The videos below show how the snakebot swims, both with thrusters attached and just with slithering motions. For now, they require a cable connection to a surface power supply, but this is presumably for test purposes only.

Huh, they’re actually quite awesome. Can I have one as a pet?