The Maasai are a semi-nomadic pastoral tribe spread across Kenya and Tanzania. They continue to live by their age-old customs despite the Tanzanian and Kenyan governments’ attempts to promote a more modern lifestyle in the community. Vulnerable to wildlife that steal their livestock and powerless after the sun goes down, many Maasai often have to walk many kilometers just to charge their phones. 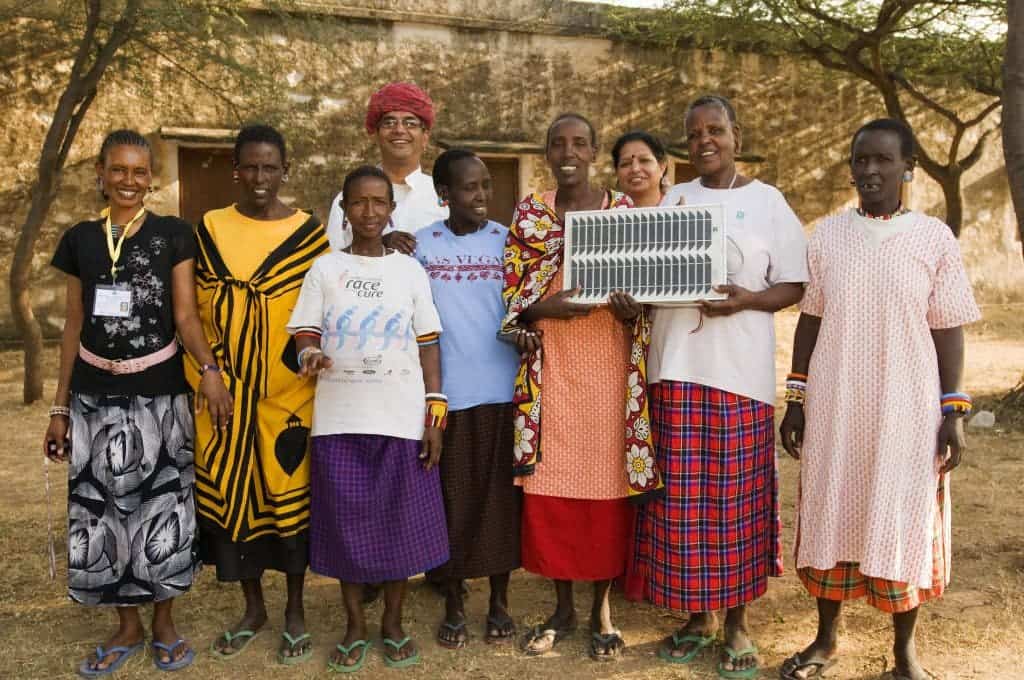 But a new project started by Green Energy Africa in September 2014 has brought solar energy to 2,000 homes in Naiputa county alone, and put new power into the hands of women who sell affordable solar installations.

The 7-month Women Entrepreneurship in Renewable Energy Project (WEREP) aims to “promote inclusive participation of women and youth in development through solar energy” while bringing much needed energy to people living in Kenya’s Kajiado and Makueni counties. 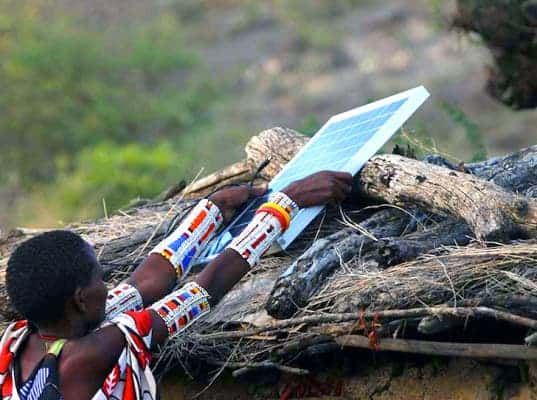 To make up for this energy shortfall, people like Jackline Naiputa, who was featured in a Reuters story about the program, have to rely on expensive kerosene or cut down trees for fuel. She currently heads the Osopuko-Edonyinap group, one of the five women’s groups who purchase solar panels from Green Energy Africa at a discount cost. They carry the installations on pack mules to villages where they sell them for a US$ 3 profit. The proceeds are used to purchase more installations, light bulbs, cables and batteries. 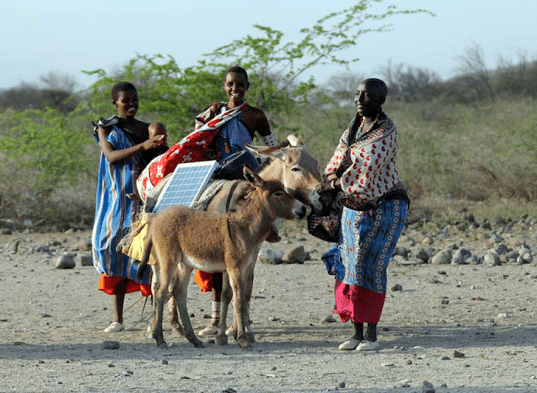 For us, the impact of solar technology is unparalleled,” Naiputa told Reuters.

She also related how the new solar lights are used to protect her family and herds against predators, who claimed 10 precious goats in 2014. The villagers that had to sleep out with the livestock in the kraal to protect them, such as her son used to do, can now sleep safely inside knowing that the lanterns keep the wildlife at bay.

“Our community customs do not allow women to own any property,” said energy expert Lamarck Oyath, who is the managing director of Lartech Africa Limited.“But now women here own the solar technology, and it is something we are very happy about.”