In about three years from now, the LHC will receive its most powerful linear accelerator yet. 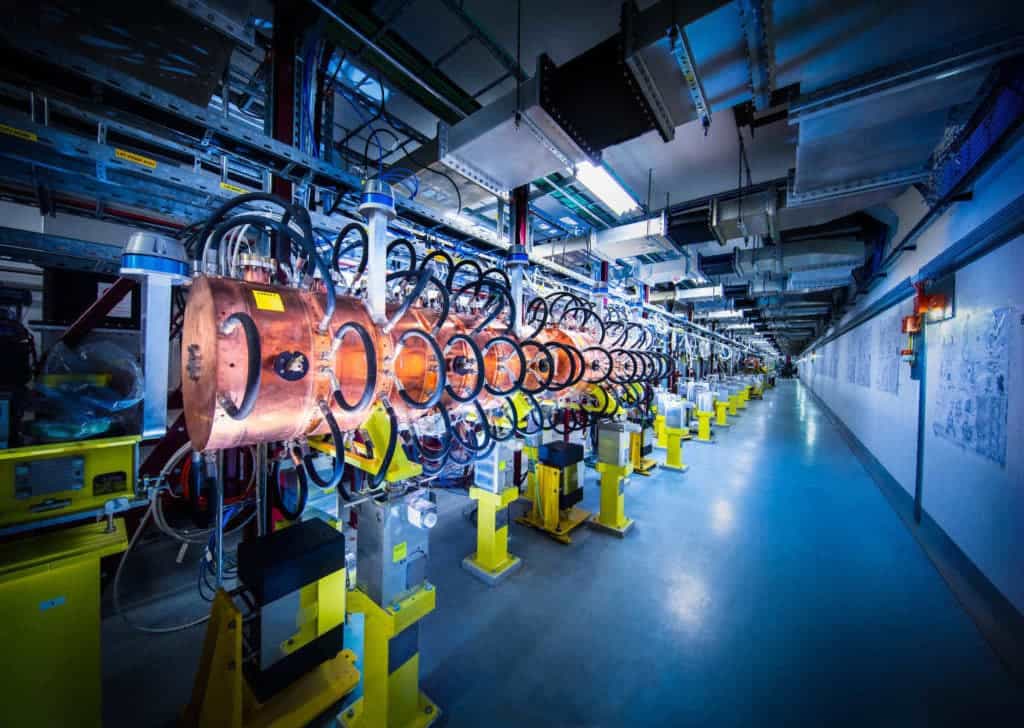 The Large Hadron Collider (LHC) is set to get an upgrade. During a ceremony today, CERN inaugurated its newest linear accelerator, Linac 4. By 2021, it will feed CERN’s accelerator complex with higher-energy particle beams than currently possible, allowing the collider to reach higher luminosity levels.

“We are delighted to celebrate this remarkable accomplishment. Linac 4 is a modern injector and the first key element of our ambitious upgrade programme, leading up to the High-Luminosity LHC. This high-luminosity phase will considerably increase the potential of the LHC experiments for discovering new physics and measuring the properties of the Higgs particle in more detail,” said CERN Director General Fabiola Gianotti.

While there’s a lot of enthusiasm around Liniac 4, CERN researchers will have to be patient until they can start toying with the new gear. The accelerator will have to pass an extensive period of testing before it’s connected to the accelerator complex at CERN, which will take place during the upcoming technical shut down scheduled for 2019-2020.

During the shutdown, Liniac 4 will replace Liniac 2, which has been in service since 1978, becoming the first part of CERN’s accelerator chain and supplying proton beams for all the facility’s needs. Liniac 4 measures in at about 90 meters long (295 feet), and will be installed 12 meters underground. The device took almost 10 years to build.

What does it do, though?

The linear accelerator is the first essential component of an accelerator chain. It’s the bit where the particles are produced and given initial acceleration, and it’s here that the researchers can tweak the density and intensity of the beams.

The plan is to have this new accelerator send negative hydrogen ions (a regular hydrogen atom with one extra electron) to the Proton Synchrotron Booster (PSB), which will further accelerate these ions and strip them of the electrons in the process. Liniac 4 is designed to bring the beam up to 160 MeV energy, over three times more than its predecessor could churn out. By using hydrogen ions in the process together with this increase in energy output, the researchers will be able to double the intensity of the final beam delivered to the LHC, which should help increase its luminosity (the number of particles colliding withing a standard length of time) almost five-fold by 2025.

Armed with the Liniac 4, the LHC should be able to churn out about 10 times as much data in 2025-2035 than before. The so-called High-Luminosity LHC will help scientists glean more accurate measurements of the fundamental particles than ever before and allow them the possibility of observing rare processes that occur beyond the machine’s present sensitivity level.