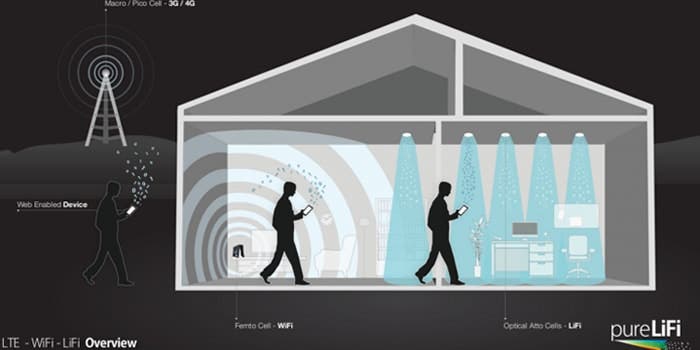 WiFi can become extremely irritating especially when too many connections get logged on to the same hotspot. That’s just an inherent fault of WiFi whose protocols share the bandwidth even if that ultimately means no user gets satisfied. Try splitting an apple into 20 pieces — everyone will still stay hungry. One solution would be to grow more apples but in the case of WiFi that’s getting increasingly challenging because the technology is nearing its limits. That’s why some researchers are exploring new technologies, among them a form of wireless local area networking based on light waves aptly called Li-Fi.

To get an idea of Li-Fi’s potential, it’s enough to learn about the performance recently demonstrated by researchers at the Eindhoven University of Technology. Their device has an incredible capacity of 40Gbit/s per ray over a distance of 2.5 meters. That’s roughly 100 times faster than the best WiFi routers which can clock in 300 Mbps.

The operating principle is rather simple which is good news because it means it can be easily and cheaply scaled by the industry. The wireless data itself is beamed from a few central antennas that very precisely direct rays of light supplied by an optical fiber. Typically, these antennas, which have no moving parts, and require no maintenance or power, can be fitted on the ceiling. Inside each antenna is a pair of gratings that radiate light at different wavelengths and at different angles, a technique called ‘passive diffraction gratings.’ 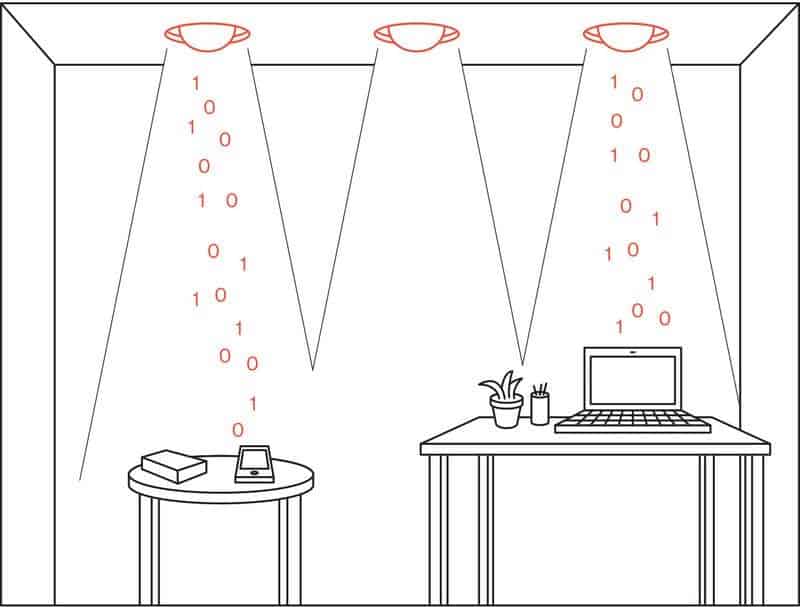 The first Li-Fis designed at the beginning of this decade beamed light waves from LED lamps and overheads at breakneck speed. Immediately, these devices blew everyone away with their high data transfer rate, up to 10 times faster than the WiFi state of the art but the limitations made these early Li-Fis rather impractical. For one, just like WiFi, these systems used the same single ‘light bulb’ to connect to multiple devices which means that the same connection sharing problems arise. Secondly, optical light waves can’t penetrate walls, unlike WiFi’s radio waves. This is a good thing if you want an extremely secure network but for the average consumer, it’s a drag. 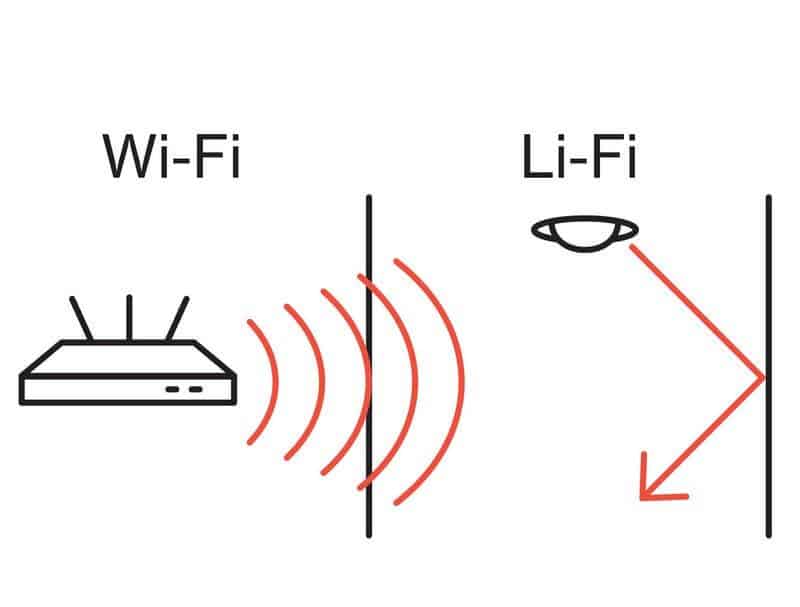 Wi-Fi signal can pass through walls but Li-Fi just bounces off. This is Li-Fi’s main limitation unless you care a lot about privacy. Credit: Bloomberg

The Dutch researchers’ Li-Fi does away with the first limitation. Data is transferred using infrared light with wavelengths of 1500 nanometers and higher which is invisible and harmless, though infrared still can’t penetrate walls because the energy is too low and gets absorbed by the concrete. This doesn’t necessarily have to be an issue because as a user leaves a room and out of the range of a light antenna, then another antenna strapped on the ceiling of the next room can take over.

The main innovation lies in the fact that every connected device gets its own ray of light which solves all those congestion issues with Wi-Fi.

By now you must be excited. Unfortunately, professor of broadband communication technology Ton Koonen says the technology is still five years away until it can reach homes so don’t throw away that annoying WiFi router just yet.