People tend to (wrongly) overestimate the greenness of their personal lifestyle.

A study from the University of Gothenburg found that people are likely to overestimate how environmentally-friendly their own lifestyle is — and that it’s ‘greener’ than that of an average person. The study included over 4,000 participants from Sweden, the United States, England, and India.

“The results point out our tendency to overestimate our own abilities, which is in line with previous studies where most people consider themselves to be more honest, more creative, and better drivers than others. This study shows that over-optimism, or the “better-than-average” effect, also applies to environmentally friendly behaviours,” says environmental psychology researcher Magnus Bergquist, the paper’s sole author.

Bergquist asked the participants to what degree sustainability and environmental friendliness shapes their behavior by asking how often they perform specific activities such as buying eco-labeled products, saving household energy, and reducing purchases of plastic bags. She also asked the participants to estimate how their behavior in this area compared to that of the average person.

The majority of respondents rated themselves as more environmentally friendly than others, be them friends or strangers. However, Bergquist says that their responses don’t reflect this view. The participants regularly overestimated their engagement in activities they performed often, the study reports, and this led them to conclude that they perform such activities more often than others.

Bergquist doesn’t want to rain on anybody’s parade. However, he notes that perceiving ourselves as more engaged in environmental efforts than our peers can reduce our motivation to act in a way that benefits the environment in the future. Overall, the study found, this mentality causes people to actually become less environmentally-friendly than the average individual.

One of the ways we can fight back against this faulty perception is to try and foster a more realistic and objective view of our own environmental efforts.

“If you think about it logically, the majority cannot be more environmentally friendly than others,” Bergquist notes.

The main takeaway from this study is that we’re all subjected to our own biases, wittingly or not. It’s not a crime — life, after all, is a deeply subjective experience. But if we don’t strive to be aware of our own biases, they can and will shape our behavior to a large extent.

The paper “Most People Think They Are More Pro-Environmental than Others: A Demonstration of the Better-than-Average Effect in Perceived Pro-Environmental Behavioral Engagement” has been published in the journal Basic and Applied Social Psychology.

A new study has found that just by developing five habits, you can add an estimated 14 years of life expectancy. 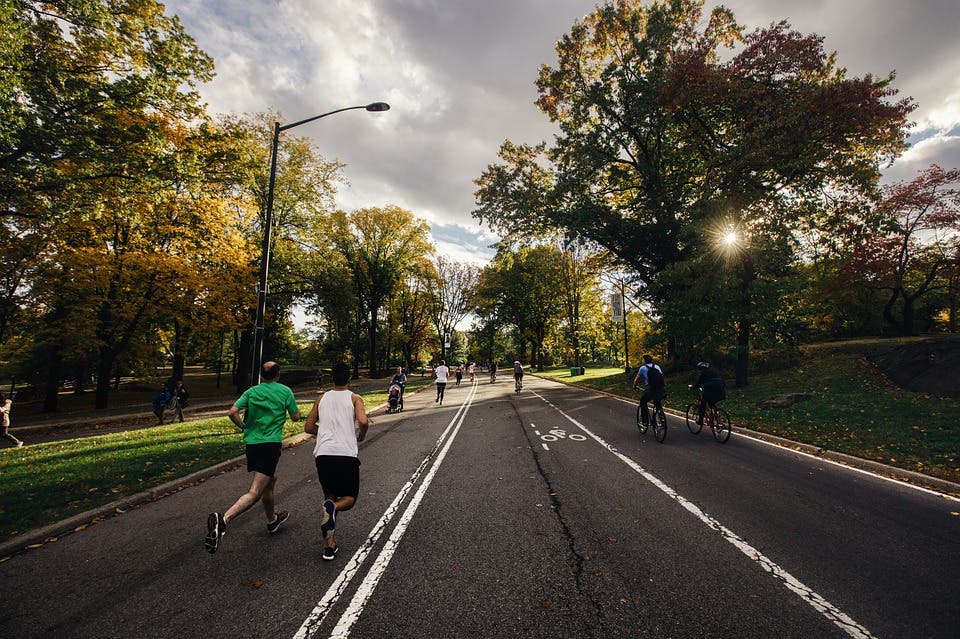 The five things are: eating a healthy diet, not smoking, not drinking too much alcohol, exercising regularly, and maintaining a healthy body weight — the last one typically comes as a natural consequence of the others. Researchers also found that study participants who maintained the healthiest lifestyles were 82% less likely to die from cardiovascular disease and 65% less likely to die from cancer when compared with those with the least healthy lifestyles.

The study analyzed data from 78,865 women followed over 27 years and 44,354 men followed over 34 years. All participants were from the US, and over the course of the roughly 30-year study period, researchers tracked their health and lifestyle habits, focusing especially on the five points mentioned above.

Each individual component of a healthy lifestyle showed a significant association with risk of total mortality, cancer mortality, and cardiovascular mortality — each factor added approximately 2.5 years of life expectancy.

“This study underscores the importance of following healthy lifestyle habits for improving longevity in the U.S. population,” said Frank Hu, chair of the Department of Nutrition at Harvard Chan School and senior author of the study. “However, adherence to healthy lifestyle habits is very low. Therefore, public policies should put more emphasis on creating healthy food, built, and social environments to support and promote healthy diet and lifestyles.”

Despite being arguably the wealthiest country in the world, America continues to struggle with its health. Both men and women having a significantly lower life expectancy than their counterparts in other parts of the world.

The U.S. ranked 31st in the world for life expectancy in 2015, and the study suggests while the US health system does a great job in terms of drug discovery and disease management, a greater emphasis on prevention would do a great deal to improve the health and life expectancy of Americans.

Researchers suggest a few resources to help keep you healthy:

The study “The Impact of Healthy Lifestyle Factors on Life Expectancies in the US Population,” was published in Circulation. DOI: 10.1161/CIRCULATIONAHA.117.032047

The mobile phone is often at the core of our modern lifestyle, and that says many things about us in itself. But researchers now believe that they can learn a lot more just by analyzing its screen. 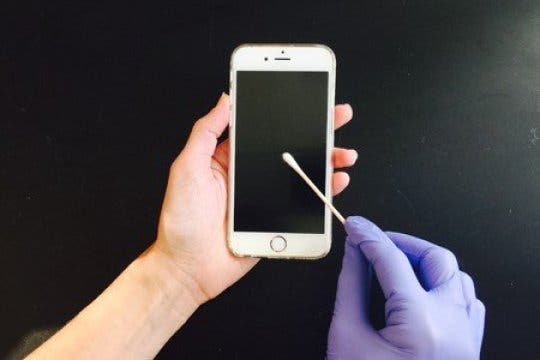 Mirror mirror on the wall, your mobile’s phone screen sees it all. Credit: Amina Bouslimani and Neha Garg

Every time we touch something, we leave behind trace molecules, indicators of the bio-chemistry of our bodies — and there are fewer objects we touch more often than our mobile phones. By analyzing the molecules on phone screens, US scientists were able to reconstruct big chunks of volunteers’ lifestyle, including diet, preferred hygiene products, health status, and locations visited. Even though volunteers were instructed to not use any healthcare products for three days, the traces were still clearly visible.

“All of these chemical traces on our bodies can transfer to objects,” senior author Pieter Dorrestein, PhD, professor in UC San Diego School of Medicine and Skaggs School of Pharmacy and Pharmaceutical Sciences. “So we realized we could probably come up with a profile of a person’s lifestyle based on chemistries we can detect on objects they frequently use.”

Among the identified substances were anti-inflammatory and anti-fungal skin creams, hair loss treatments, anti-depressants, and eye drops – so both internal and external things. There’s good reason to believe that everything you use can be traced back. Food molecules were also detected: citrus, caffeine, herbs and spices were the most prevalent. Meanwhile, insect repellants were detected even though they had been used months before. In other words, the molecules on the phones say quite a lot about the phone’s owner.

“By analyzing the molecules they’ve left behind on their phones, we could tell if a person is likely female, uses high-end cosmetics, dyes her hair, drinks coffee, prefers beer over wine, likes spicy food, is being treated for depression, wears sunscreen and bug spray — and therefore likely spends a lot of time outdoors — all kinds of things,” said first author Amina Bouslimani, PhD, an assistant project scientist in Dorrestein’s lab. “This is the kind of information that could help an investigator narrow down the search for an object’s owner.”

This is an innovative approach which could have an array of potential applications, especially in a legal framework.

“You can imagine a scenario where a crime scene investigator comes across a personal object — like a phone, pen or key — without fingerprints or DNA, or with prints or DNA not found in the database. They would have nothing to go on to determine who that belongs to,” Dorrestein added  “So we thought — what if we take advantage of left-behind skin chemistry to tell us what kind of lifestyle this person has?”

But the team emphasizes that there are other applications as well: medicine, environmental studies, airport screening, or adherence monitoring. For instance, a physician could check if a patient is sticking to the prescription, or exposure to hazardous substances could be studied by analyzing skin metabolites.

Moving forward, they are already working on an even bigger trial, focusing on other objects we often touch during the day, such as wallets and keys.