The health of Antarctic ecosystems could be monitored much cheaper and faster than today — we only need to replace everybody with drones. 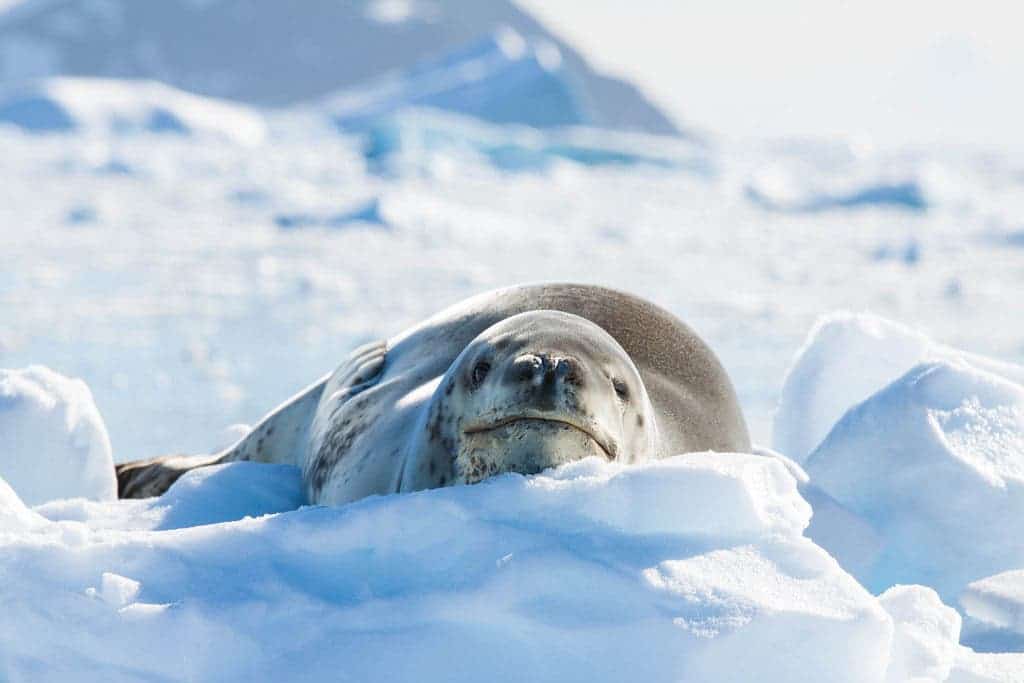 Researchers working on monitoring the condition of leopard seals have demonstrated a cheaper, faster way to do their jobs. Instead of spending hours to pursue, catch, immobilize, and then measure the animals, researchers can now recover all the necessary data from drone photography. A pleasing prospect, considering they ply their trade in the hellishly cold backdrop of the Antarctic Peninsula.

Leopard seals (Hydrurga leptonyx), which can grow to nearly half a ton, are an important reference species for the overall health of the Antarctic ecosystem. They’re at the top of the local food chain, preying on penguins and Antarctic fur seals. In turn, these rely overwhelmingly on Antarctic krill — small, shrimp-like crustaceans. Krill, however, is an important resource for us human as well, as they’re a key ingredient in nutritional supplements, aquaculture feed, and other industries. Because of this, leopard seals, penguins, and fur seals are used as indicators, helping researchers gauge the health of Antarctic krill populations — estimations that are then used to establish how much krill fishing ships can take out of the area.

Scientists from NOAA Fisheries’ Southwest Fisheries Science Center usually have to go out and brave the cold to estimate the body conditions of these species. Now, however, with help from Aerial Imaging Solutions, they might be able to wait for the data enjoying the comfort of a warm room and a hot cup of cocoa.

To test how accurate the drones’ measurements are, researchers from the AERD sent the drones out, then caught and measured the same animals. It took five people over four hours to capture the 15 leopard seals photographed by the drones (which only needed about 20 minutes and a crew of two people). Still, the effort paid off — the team found that length measurements were accurate to within about 2%, and the weight measurements within about 4%.

Even better, the seals don’t seem to mind the drones at all. They showed no reaction to the robot as long as it stayed above 23 meters (75 feet).

“We’re certainly excited because we can get that much more work done, in less time, and at lower costs than ever before,” said Douglas Krause, a research scientist in the Southwest Fisheries Science Center’s Antarctic Ecosystem Research Division (AERD) and lead author of the paper demonstrating the new research method.

“Catching a single seal can take hours, but the drone can photograph every seal on a beach in a few minutes.”

It’s that last element, in particular, that could make the drones better suited to tracking the seals than humans. The photographs they provide could actually improve the accuracy and depth of data over the longer term because the drones can survey far more leopard seals in the same amount of time than human teams. Researchers will feed a single photograph of each animal through the computer software that calculates their weight and size, to minimize errors.

The drones’ first assignment will be to track changes in the leopard seals’ weight throughout summer. The data will show how much food the animals are getting, and will be used to break the population down by age intervals to better understand the overall health of the population. 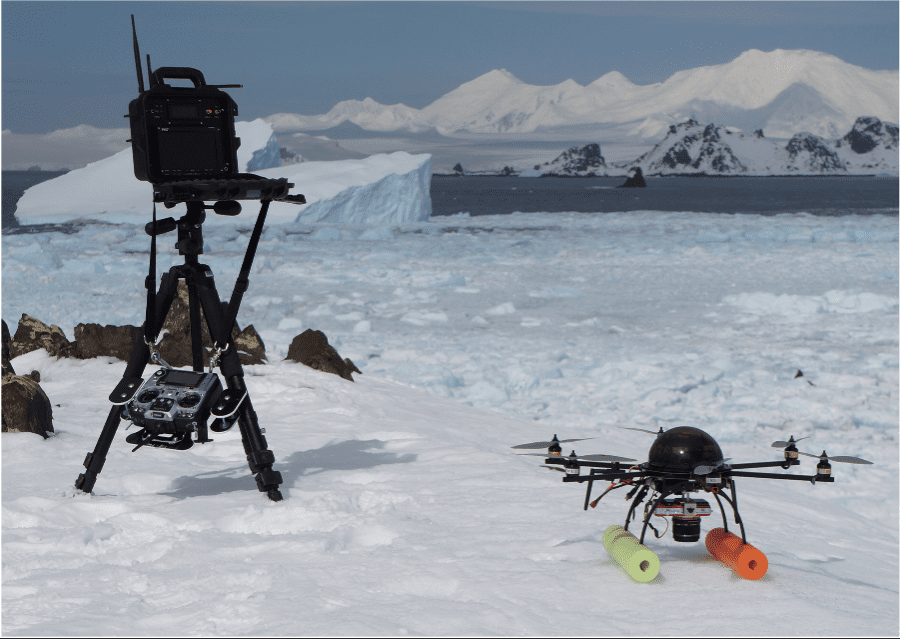 “We’re always looking for more efficient ways to collect data that informs decisions on how to manage these important resources,” said George Watters, director of the AERD. “The better we understand the ecosystem, the better we can ensure it’s protected for the long term.”

The paper “An accurate and adaptable photogrammetric approach for estimating the mass and body condition of pinnipeds using an unmanned aerial system” has been published in the journal PLOS ONE.