According to a new research published in Psychological Science, the width of blood vessels in the retina may indicate your brain health.

Previous studies have already shown that younger people who score relatively low on IQ tests tend to be poorer and have a shorter lifespan — however, it’s still a matter of debate if this has a physiological cause, or if the lifestyle associated with the lower IQ is simple less healthier. However, in the current study, psychological scientists led by Dr Idan Shalev of Duke University wondered whether intelligence might directly indicate the health of the brain – specifically the health of the system of blood vessels which provide nutrients and oxygen to your brain. In order to investigate this relation, they studied a rather unexpected domain: ophtalmology.

The researchers examined data from participants taking part in the Dunedin Multidisciplinary Health and Development Study, a large health and behavior investigation that takes place in New Zealand and studies over 1000 people. They used a technique called digital retinal imaging. In digital retinal imaging, high-resolution imaging systems are used to take pictures of the inside of your eye, enabling doctors to estimate the health of your retina and helps them to detect and manage such eye and health conditions as glaucoma, diabetes, and macular degeneration.

The findings were intriguing: lower IQ scores were associated with wider retina venules (the very small blood vessel at the back of your eye), even after researchers compensated for other factors, such as lifestyle, general health and environmental risks.

“It’s remarkable that venular caliber in the eye is related, however modestly, to mental test scores of individuals in their 30s, and even to IQ scores in childhood,” Dr Idan Shalev and colleagues said.

The study doesn’t explain why vascular health and cognitive functioning are connected, but researchers are fairly sure that it is somehow connected to the oxygen in the brain.

“Increasing knowledge about retinal vessels may enable scientists to develop better diagnosis and treatments to increase the levels of oxygen into the brain and by that, to prevent age-related worsening of cognitive abilities,” the scientists concluded.

It’s not quite what scientists expected – the width of blood vessels in the eye, at the back of the retina, may indicate brain health risks, such as dementia and alzheimers years before they actually set in according to a new study published in Psychological Science. 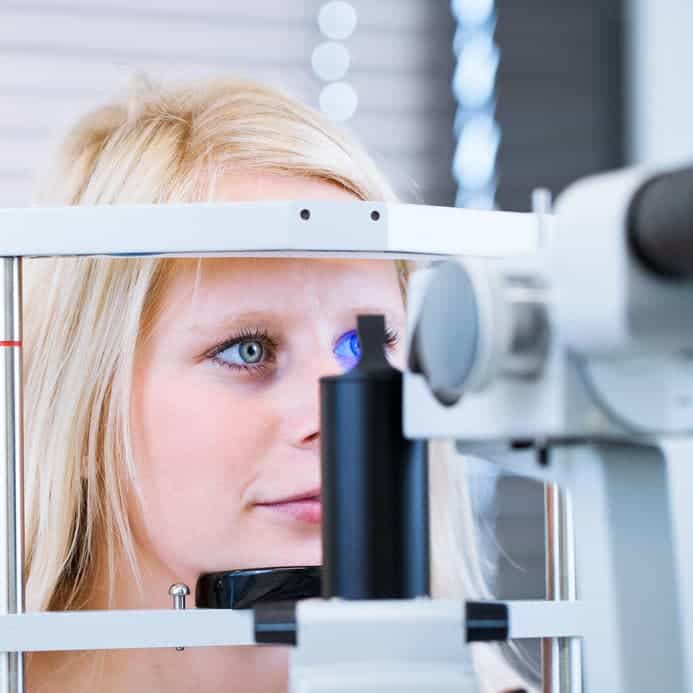 It is already well known that young people who score very low at IQ tests are at a higher risk for poorer health and shorter lifespan which can’t be explained only by other factors. Psychological scientist Idan Shalev of Duke University and colleagues have tried to find out if there is a any connection between IQ score (I really prefer this term to intelligence in this case) and brain health.

To do this, they turned to opthalmology – the branch of medicine that deals with the eye. They used a technique called digital retinal imaging, which is relatively new and completely noninvasive.

“Digital retinal imaging is a tool that is being used today mainly by eye doctors to study diseases of the eye,” Shalev notes. “But our initial findings indicate that it may be a useful investigative tool for psychological scientists who want to study the link between intelligence and health across the lifespan.”

Having wider retinal venules was linked with lower IQ scores at age 38, even after researchers eliminated all the other likely causes, like health, lifestyle, and environmental risk factors that might have played a role.

People who had wider retinal venules had noticeable cognitive deficits, scoring lower on numerous tests of neuropsychological functioning, verbal comprehention, memory, and many more. But what was even more surprising, is that people who had wider blood vessels at age 38 also had lower IQ in childhood, a full 25 years earlier.

“It’s remarkable that venular caliber in the eye is related, however modestly, to mental test scores of individuals in their 30s, and even to IQ scores in childhood,” the researchers observe.

They believe that there is not really a distinct mechanism between retinal vessels and cognitive functioning, but is rather connected to oxygenation of the brain.

“Increasing knowledge about retinal vessels may enable scientists to develop better diagnosis and treatments to increase the levels of oxygen into the brain and by that, to prevent age-related worsening of cognitive abilities,” they conclude.