A phase 2 trial has shown that a 2-week course of triple antiviral therapy with (1) interferon beta-1b (used to treat the relapsing-remitting and progressive forms of multiple sclerosis), (2) lopinavir-ritonavir (for the treatment of HIV/AIDS) and (3) ribavirin (used to treat chronic hepatitis C and other flavivirus infections) is safe and better at shortening COVID-19 viral shedding than lopinavir-ritonavir alone (average 7 days vs. 12 days) in patients with mild to moderate illness if treatment is started within 7 days of symptom onset.

The study is registered with ClinicalTrials.gov, NCT04276688.

A Phase 3 study needs to be done and submitted to regulatory agencies for this regimen to be approved. Phase 3 study is a large, properly powered human clinical trial, typically featuring hundreds or thousands of people. To move forward with the trial, investigators need to demonstrate that the medication is at least as safe and effective as existing treatment options. The phase 3 trial will be designed to evaluate whether this specific 3-drug combo is better than the other treatment, 2-drug combo, in patients infected with SAR-CoV-2, the coronavirus causing COVID-19.

The prospective study, published in The Lancet, involved 127 adult COVID-19 patients (mean age, 52 years) admitted to six Hong Kong hospitals from February 10 to March 20, 2020. Eighty-six patients were randomly assigned to receive 2 weeks of the triple-drug regimen every 12 hours plus as many as three doses of injectable interferon beta-1b every other day, while 41 received lopinavir-ritonavir alone every 12 hours.

The investigators detected no live coronavirus on nose-throat swabs within, on average, 7 days after the triple-drug combination started, 5 days earlier than with lopinavir-ritonavir alone (hazard ratio, 4.37; 95% confidence interval, 1.86 to 10.24; P = 0.0010). The 3-drug combination also reduced the mean time to complete symptom relief into half (4 versus 8 days) and Sequential Organ Failure Assessment score of 0 (3 versus 8 days) and shortened the mean hospital stay from 14.5 to 9 days.

The findings also suggest that interferon beta 1-b may be a key component of the combination and is worth further investigation for the treatment of COVID-19. Interferons are naturally occurring proteins, produced in response to viral infection and interferon beta-1b could potentially boost the body’s ability to fight SARS-CoV-2.

However, while patients who received the combination therapy within 7 days of symptom onset did better than those in the control group, there was no difference when they were treated 7 or more days after the start of symptoms. The researchers said that the results suggest that the 3-drug combination may minimize the risk of antiviral resistance and decrease risks to healthcare workers by reducing the duration and quantity of viral shedding.

Nothing seems to work when you’re sick. When I’m down with the flu, for instance, my muscles ache, my eyes are bloodshot and I don’t feel like doing anything. It’s pretty bad, and if you ever wondered who you have to thank, a team of scientists has singled out a prime suspect: a signaling protein called interferon-β. 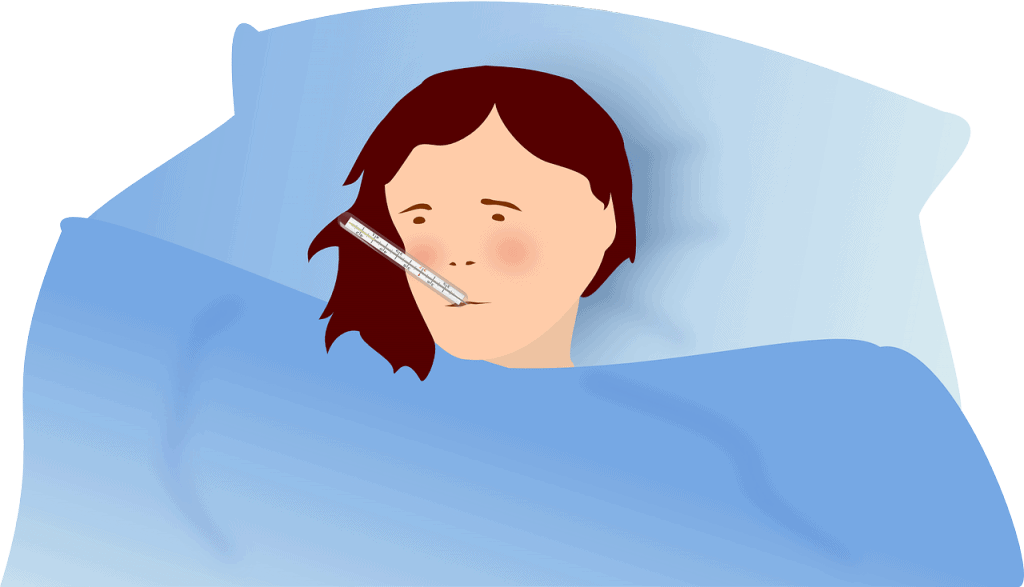 In all fairness, the body’s response to sickness following a viral or bacterial infection is supposed to be beneficial. It’s the body’s way of saying ‘Hey, I’m gonna take all this energy to fight the bad guys right here. Sit tight!’

What triggers this resource divestment mechanism has eluded researchers, though — until now. Researchers from the University of Freiburg in Germany got some hints from cancer patients who feel sick as a side effect of interferon therapy. Interferon-α  encourages cancer cells to send out chemicals that attract immune system cells to them.

That they feel sick after being treated with these immune molecules is puzzling since the blood-brain barrier is supposed to block any signals from the immune system from reaching the brain. So, neuropathologist Marco Prinz and colleagues decided to investigate the sickness behavior at the molecular level in rodents.

They infected mice with a virus, then placed them in a container of water. This is a standard depression test for mice. Typically, a healthy mouse will struggle in the water, but if it’s down with the flu it will give up fast and just float. Just like I would.

Researchers found that the infected mice spent twice as much time floating in the water, which signaled that they indeed felt sick.

Eventually, they discovered that the virus caused the mice to produce interferon-β, which in turn stimulated receptor molecules on the blood-brain barrier membrane. In response to  interferon-β, the blood vessel cells that line the blood-brain barrier produced another molecule called CXCL10. This molecule interacts with the hippocampus — the area of the brain where memories form — reducing the mice’s learning capabilities.

To see if they were really on the right track, the researchers genetically modified mice to lack the interferon-β stimulable receptors, then tasked them with tests that measured cognitive ability and mood.

When these were injected with RNA molecules that triggered the same immune response as the virus, the genetically altered mice performed much better than the infected normal mice. The animals that carried the receptor spent more time drifting in the water and performed worse at tasks that involved memorizing the location of a platform in a tank of water.  “Their cognitive abilities were massively impaired,” says Thomas Blank, a neuroimmunologist also at the University of Freiburg, and co-author of the study published in Cell.

This sort of research might lead to the development of novel drugs that minimize the symptoms of sickness. For now, though, the University of Freiburg team are focusing on ways to stop sickness behaviour in cancer patients  who are receiving interferon treatment.

“In summary, our study provides evidence for the importance of brain endothelial and epithelial cells in the communication between the CNS and the immune system, and demonstrates tissue specific IFNAR1 engagement during sickness behavior. By the identification of the IFN-induced CXCL10/CXCR3 axis, we offer new drug targets for the management of behavioral impairment during virus infection and type I IFN therapy,” the researchers conclude.

A trio working for Abbott Laboratories Inc to treat hepatitis C obtained very high cure rates in new patients and patients who were unresponsive to the standard treatment alike – in clinical trials.

Hepatitis C is a viral disease that leads to swelling (inflammation) of the liver. The disease doesn’t have any major symptoms in its initial stages, and can easily go unnoticed for years. The virus (HCV) is spread primarily by blood-to-blood contact associated with intravenous drug use, poorly sterilized medical equipment and transfusions; it is estimated that throughout the world, 130-170 million people have the disease.

The typical treatment is expensive and often dangerous, having a 40-80% cure rate; not being involved in medicine, I cannot really say for sure why this high margin of error appears. It’s not very bad, for those who can afford the treatment, but not spectacular either. For people unresponsive to the treatment, the alternative treatment is quite dangerous in itself.

The new project is called the Aviator, and it was shared with other scientists at the annual meeting of the American Association for the Study of Liver Disease (AASLD) in Boston. Both investors and patients were extremely satisfied with the drugs – a protease inhibitor called ABT-450, a polymerase inhibitor ABT-333 and ABT-267 from a class known as NS5A inhibitors.

The results were fabulous: 93 percent of patients who failed prior therapy had a sustained virologic response (SVR) – which in layman terms means they were cured.

“Nobody anywhere has broken the 50 percent mark in (cure rates) for this population,” Scott Brun, a senior Abbott research executive said in an interview. “These are robust results.”

Also, the treatment is interferon free. Of course, this is just the clinical trial, and of course drug companies tend to put their research in a better light and you can bet I’m not a fan of big pharma, but if the trials were conducted correctly, then this truly is great news for Hepatitis C patients.