In 2016, cyclism fans watched in shock as an inflatable arch at the Tour de France deflated and fell down on a cyclist, throwing the race into disarray. Organizers later blamed the accident on a passing spectator’s wayward belt buckle, but we all know who the real culprit was: physics.

Inflatable structures, which are used for everything from temporary hospitals to weddings and parties, are monostable — they are stable in one state and one state only, when they are inflated. If they deflate, they fall down.

It makes sense: if you think about common inflatable structures, they have a completely different shape when they’re inflated versus when they’re not. But what if, through some clever geometry, you could design a structure that’s stable in both configurations? In other words, one that’s bistable.

That was exactly the reasoning of a team of researchers at Harvard. Inspired by origami, they started with the simplest geometrical shapes (triangles) and developed a library of triangular building blocks that can be used to build bistable shapes.

Their idea is all the more impressive since it doesn’t need specific materials to work.

“We are relying on the geometry of these building blocks, not the material characteristics, which means we can make these building blocks out of almost any materials, including inexpensive recyclable materials,” said Benjamin Gorissen, an associate in Materials Science and Mechanical Engineering at SEAS and co-first author of the paper.

They put their idea to the test and developed a tent-sized shelter out of plastic sheets.

The origami approach comes in handy because structures of different shapes and sizes can be designed. Researchers built several structures based on their design, including an archway, an extendable boom, and a pagoda-style structure.

This clever invention could be put to good use. Arches and emergency shelters can be safely locked in place after deployment, without needing a stable inflation source. It’s more robust and easier to install.

“This research provides a direct pathway for a new generation of robust, large-scale inflatable systems that lock in place after deployment and don’t require continuous pressure,” said Katia Bertoldi, the William and Ami Kuan Danoff Professor of Applied Mechanics at SEAS and senior author of the paper.

The shelters require just one or two people to set up, as opposed to about a dozen, which is the case with current military inflatable hospitals.

“You can imagine these shelters being deployed as part of the emergency response in disaster zone,” said David Melancon, a PhD student at SEAS and co-first author of the paper. “They can be stacked flat on a truck and you only need one pressure source to inflate them. Once they are inflated, you can remove the pressure source and move onto the next tent.”

A new soft robot designed by researchers from the University of California, Santa Barbara can ‘grow’ like a plant — only much faster. 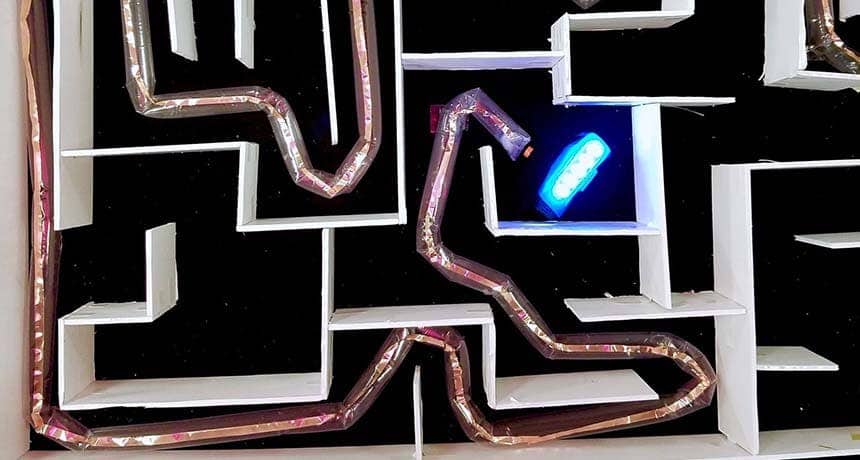 A team from Stanford Uni and the University of California, led by Elliot Hawkes of UoC’s Department of Mechanical Engineering designed and build a prototype soft-robot that can grow to explore its environments, akin to a vine of fungus. The design could help create a new class of robots which can traverse cramped or otherwise constrained environments.

The robot’s mechanical body is housed inside a plastic tube reel. The tube can be pneumatically extended, in a manner similar to how some invertebrates (such as Sipunculus nudus, the peanut worm) move around.

The plastic tube also allows the robot to change direction — one component handles the inflating process, while another allows the whole thing to shift direction. To see when it’s about to run into something, the robot also comes equipped with a nose-mounted camera.

Overall, the robot can extend up to 72 meters in length, at a speed of 10 meters per second. As a proof-of-concept of their prototype bot, Hawkes’ team had it crawl through flypaper, glue, even over a bed of nails.

They even programmed it to form various 3-D structures (such as a radio antenna), used it to turn off a valve, and had it act as a fire extinguisher.

A paper describing the robot, titled “A soft robot that navigates its environment through growth,” has been published in the journal Science Robotics.