Scientists discovered that long-term use of ibuprofen — the most common painkiller worldwide — reduces testosterone tissue levels in young healthy men, affecting fertility, erections, muscle mass, libido, and mood. The painkiller’s extensive use over a period of more than two weeks is associated with a state of compensated hypogonadism.

Ibuprofen is a nonsteroidal anti-inflammatory drug (NSAID) used to treat fever, pain, and inflammation. Even though the US National Institutes of Health warns buyers that this substance is linked to increased risks of heart attacks, strokes, gastric and intestinal ulcers and perforations, Ibuprofen is still available over the counter (OTC) worldwide.

Of course, it wouldn’t be such a tragedy if people would take ibuprofen only on doctor’s orders. But the availability of the drug and the innocent reputation it still has are alarming.

Bernard Jégou, co-author, and director of the Institute of Research in Environmental and Occupational Health in France first studied the interactions of common analgesics such as aspirin, paracetamol (Tylenol), and ibuprofen with pregnancy. He discovered that all three drugs affected the development of the fetus’s testes.

However, the effects of such medication on adult males were still unknown. So, to truly understand the matter, Jégou’s team thought of an extensive study.

In vivo, ex vivo and in vitro

The “In vivo” (inside the living body) experiment involved 31 healthy men between the ages of 18 and 35 who had their blood testosterone levels measured by the researchers. The volunteers were separated into two groups, 14 subjects receiving a 44-day ibuprofen treatment (600 mg, twice a day) and the other 17 participants being offered a placebo. When researchers measured testosterone blood levels, they found them unchanged.

What did change was the testosterone to LH (luteinizing hormone) and FSH (follicle-stimulating hormone) ratio. These two hormones are testosterone regulators. When the production of testosterone is low, the pituitary gland synthesizes more LH and FSH, thus signaling the Sertoli and Leydig cells in the testicle to produce more testosterone. This condition is known as compensatory hypogonadism and it usually affects older men and smokers.

Next was the “ex vivo” (outside the living body) component of the study. Doctors studied the effect of ibuprofen on testicular tissue samples received from donors. After exposing Leydig cells to ibuprofen for two days, researchers found that the drug disrupted male hormone synthesis. The “in vitro” (in the test tube) phase findings were consistent with the testicular tissue experiment.

“It is sure that these effects are reversible,” Jégou told CNN. “However, it’s unknown whether the health effects of long-term ibuprofen use are reversible” he added.,

At this moment, Ibuprofen is considered to be the broadest male endocrine-disturbing drug from all chemical classes. Physicians advise taking this medicine with caution, no longer than 10 days in a row.

Findings appeared in the journal Proceedings of the National Academy of Sciences.

Scientists have shown that despite popular belief, aspirin and ibuprofen (also known as acetaminophen or paracetamol) don’t help with back pain at all. 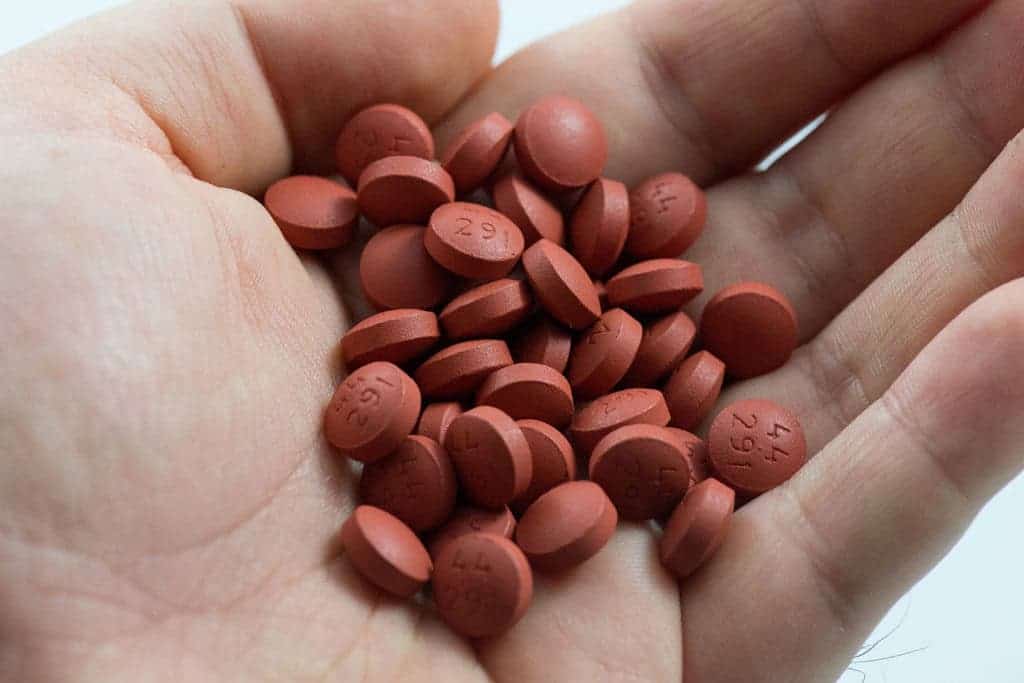 Over-the-counter pills are quite popular, but do they really help? Nonsteroidal anti-inflammatory drugs (NSAIDs), such as aspirin and ibuprofen, are taken for many reasons, from common colds to hangovers or muscle aches. But they don’t always help, despite what many people think. A new study has found that in the case of back pain at least, they do little more than a placebo.

It’s not that they don’t do anything… it’s just that they don’t do anything for most people. The doctors report that for every patient reporting a clinically significant decrease in pain after two weeks on an NSAID, another six didn’t. This builds on previous studies, including a Cochrane review conducted in 2015 which found that ibuprofen is little more than a placebo for acute back pain.

Researchers from the George Institute for Global Health in Australia analyzed data from 35 peer-reviewed studies which included 6,065 patients with spinal pain. They found that despite being the most taken pills for back pain, paracetamol and its variants do basically nothing to ease the pain.

“When this result is taken together with those from recent reviews on paracetamol and opioids, it is now clear that the three most widely used, and guideline-recommended medicines for spinal pain do not provide clinically important effects over placebo,” they write in their paper.

Even stronger drugs, opiates such as codeine or OxyContin provide only modest short-term relief for those with chronic back pain, according to research published inJAMA Internal Medicine in 2016.

While this might seem like pretty grim news, it’s actually good news. For most people, back pain is a temporary, passing issue, but the people who struggle with chronic issues deserve better treatment.

“We are not arguing that no pain relief should be used, but people using these types should be aware the benefits are small and that their side effects can be harmful, and that discussing with their doctors the benefit of other treatments including exercise may be worthwhile.”

Also, it’s quite shocking to see that such a common problem was mistreated by so many people for so many years.

Researchers at the University of Warwick in the UK, in collaboration with drug delivery research firm Medherant, devised the first ever ibuprofen patch.

Its made out of a polymer matrix which allows the painkiller to be steadily diffused in the body of the patient over the course of 12 hours. During whole time the seemingly flimsy patch can prevent pain since its made out of 30% ibuprofen by weight.

“Many commercial patches surprisingly don’t contain any pain relief agents at all, they simply soothe the body by a warming effect. Our technology now means that we can for the first time produce patches that contain effective doses of active ingredients such as ibuprofen for which no patches currently exist. Also, we can improve the drug loading and stickiness of patches containing other active ingredients to improve patient comfort and outcome,” said University of Warwick research chemist Professor David Haddleton.

“Our success in developing this breakthrough patch design isn’t limited to ibuprofen; we have also had great results testing the patch with methyl salicylate (used in liniments, gels and some leading commercial patches). We believe that many other over the counter and prescription drugs can exploit our technology and we are seeking opportunities to test a much wider range of drugs and treatments within our patch.”