Your eyes are a window to your soul, or so the saying goes – but a new research suggests that the pupil shape and size have a lot to do with an animal’s nature. Hunters like cats tend to have vertical pupils, while horizontally elongated pupils are generally plant-eaters. 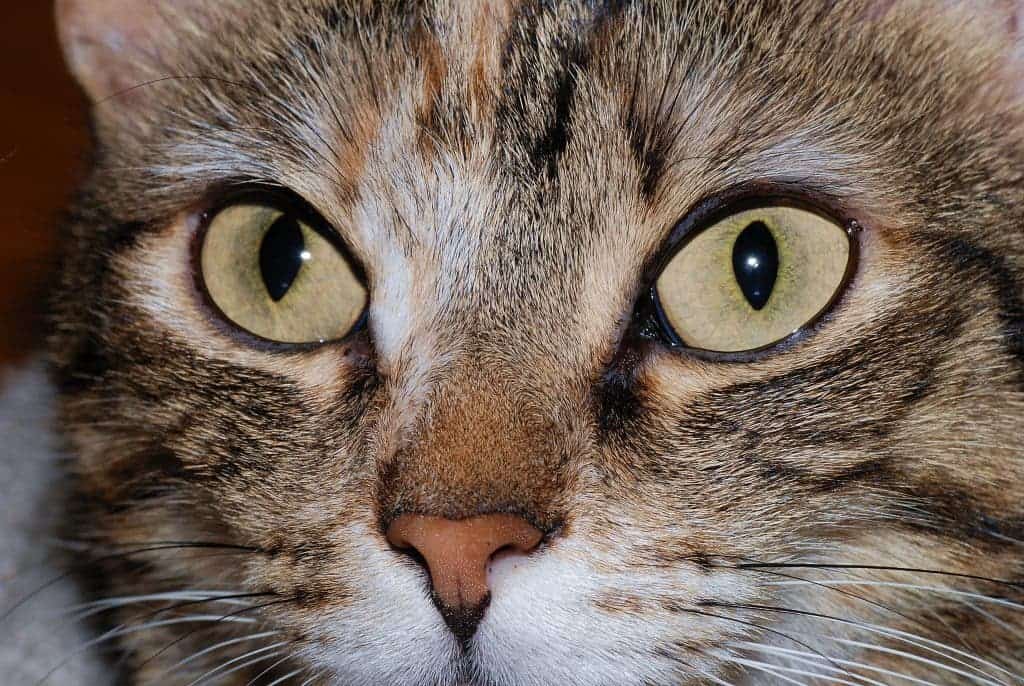 Pupils are the eyes’ aperture – they’re black because light rays entering the pupil are absorbed. Humans have circular pupils, but that’s rather rare in the animal kingdom. Creatures like crocodiles, vipers, cats and foxes have vertical pupils, while for horses, rays, deer, sheep and many others, pupils are horizontal. But why? Why is there such a large variability between different species?

An analysis of 214 species of land animals shows that a creature’s ecological niche is a strong indication of pupil shape. The study, led by vision scientist Martin Banks, a UC Berkeley professor of optometry, found that creatures with vertical pupil slits are more likely to be ambush predators. Among the 65 frontal-eyed, ambush predators in this study, 44 had vertical pupils, and 36 of them had shoulder heights that were less than 42 centimeters (16.5 inches) – so they were close to the ground.

They also have stronger muscles in the eyes which allows them to greatly contract or dilate the pupil, allowing more or less light to enter the eye. For example, the vertical slits of domestic cats and geckos undergo a 135- and 300-fold change in area between constricted and dilated states. Us humans exhibit only a 15 fold change.

“The first key visual requirement for these animals is to detect approaching predators, which usually come from the ground, so they need to see panoramically on the ground with minimal blind spots,” said Banks. “The second critical requirement is that once they do detect a predator, they need to see where they are running. They have to see well enough out of the corner of their eye to run quickly and jump over things.”

Meanwhile, those with round pupils, like humans, are more likely to be active hunters, chasing down their prey. This raises an interesting question: we have vertical, horizontal, circular… why not diagonal?

“For species that are active both night and day, like domestic cats, slit pupils provide the dynamic range needed to help them see in dim light yet not get blinded by the midday sun,” said Banks. “However, this hypothesis does not explain why slits are either vertical or horizontal. Why don’t we see diagonal slits? This study is the first attempt to explain why orientation matters.”

Well, herbivores need to have a broad field of sight to be able to see incoming predators. For ambush predators, accurately gauging the distance animals would need to pounce on their prey – this is prevalent especially for animals closer to the ground (this is why cats have vertical pupils, but bigger cats, like lions or tigers don’t). Having diagonal pupils simply wouldn’t provide any advantage.

So far, this study has only been conducted on terrestrial animals. It would definitely be interesting to see how their findings fare with flying and water-based creatures.

The fascination with T. Rex goes back a really long time, and whether you’re a world class paleontologist, or some average Joe who loved Jurassic Park, T. Rex was definitely on your mind at some point. The biggest and most fierce hunter there was… or was he ? Scientists have been debating his diet for half a century, with one side claiming it fed by scavenging, while the other one is defending the dinosaur as a fearsome hunter.

Recently, the debate seemed to shift to one direction, as more and more arguments seemed to disapprove the fact that T. Rex was a scavenger. His honour is also at stake, but mostly it’s all about understanding the eating habits of probably the most known dinosaur ever to walk the Earth. In the scavenger camp, one of the members was Jack Horner at the Museum of the Rockies in Montana, who served as technical adviser on the Jurassic Park movies. He claims that despite his razor sharp teeth, huge head and muscular build, he would have been a dreadful hunter, due to the pathetic forearms and apparently poor eyesight.

But latest studies, including the one performed recently by the Zoological Society of London reaffirm T. Rex as the mean green killing machine most people know him as.

Instead of focusing just on the dinosaur, they tried to put together a picture of T. Rex’s ecosystem, and found out that through sheer force of numbers, other dinosaurs were 14 to 60 times more likely to encounter carcasses of dead dinosaurs than an adult T. Rex; even if the big dinosaur were to encounter a carcass, there would probably be little left for it to eat.

“If T. rex chanced upon a carcass it would have been able to keep others away and eat it, but it wouldn’t have been able to find carcasses regularly enough to survive, given competition from these other species,” Turvey added.