A key instrument on NASA’s Mars InSight rover has run into a problem — ground control suspects a stone. 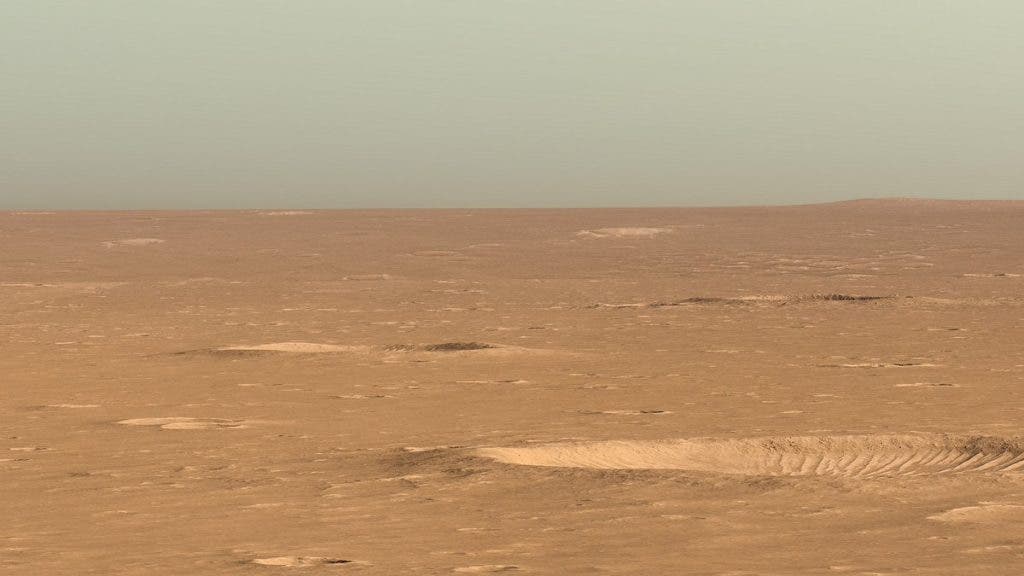 The rover’s heat probe has struck an obstacle just below the red planet’s surface over the weekend and hasn’t been able to make progress since.

“The team has therefore decided to pause the hammering for about two weeks to allow the situation to be analyzed more closely and jointly come up with strategies for overcoming the obstacle,” Tilman Spohn, the principal investigator for the heat probe, wrote Tuesday in the mission logbook.

The instrument, known as the Heat Flow and Physical Properties Package, or HP³, was designed to hammer itself 16 feet (roughly 5 meters) into Mars’ underground and measure how much heat its interior leaks. This data would help researchers estimate the planet’s composition and history.

However, trouble is brewing underneath InSight — this probe (nicknamed the “mole”) encountered some kind of resistance underground over the weekend and hasn’t been able to make any progress since. Ground control (at the Jet Propulsion Laboratory in La Canada Flintridge, California) first tried to power it up last week. This first attempt failed to reach all the way to the Mars Odyssey orbiter, however, which was supposed to pass it on to InSight.

The mole was deployed last Thursday, after the team established a stable connection to the rover. It pushed its way in the red soil and made quick progress. For about five minutes. The next four hours of hammering failed to push the mole much deeper and eventually forced the device to one side — the mole is now lodged in the underground, leaning at about 15 degrees of vertical. 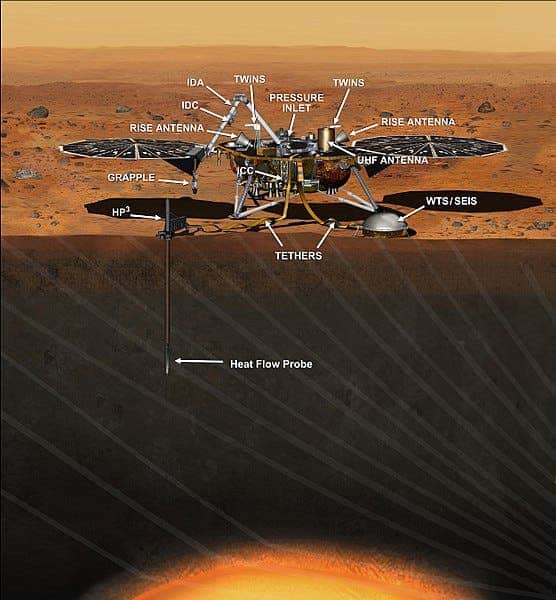 Current estimates place the mole at a depth of around one foot (0.3 meters). This means that the probe — measuring some 16 inches (0.4 meters) in height — is partially sticking out of the ground. Despite this, the probe likely still is burrowed “deeper than any other scoop, drill or probe on Mars before,” which was its intended purpose.

Spohn writes that the team is a bit worried but that they “tend to be optimistic.” They’re currently working on the assumption that the holdup is a buried boulder or some gravel.

This particular spot was picked for InSight to land on as it appeared to be mostly sandy and soft. However, the team was aware that such a holdup was possible. Tests carried out at JPL suggested that the probe should be able to dig its way around small rocks or layers of pebbles. Since the second attempt to hammer away at the probe didn’t do that, the team decided to put the mole on hold. They’re currently waiting to receive more data from InSight, including pictures, so they can “better assess the situation.”

But not all is lost. The probe is still intact — that’s a really good thing — so it can actually start collecting data. The team has already put it to the task. HP³ will measure how quickly a generated pulse of heat spreads through the soil. Later this week, as (Mars’ moon) Phobos passes overhead and eclipse the sun over InSight the probe will also track how the event changes surface temperatures. While not its intended role, these readings should help the team make better sense of heat flow values in Mars’ soil if and when the probe is deployed as planned.