Early modern human fossils are sparse, which makes pinpointing the timeline of Homo sapiens evolution rather unprecise judging from remains alone. Our genomes, however, carry telltale hints of genetic divergence which can be used to infer when an ancestral split occurred. Using the latest genetic sequencing techniques, researchers from Sweden and South Africa analyzed the genomes of ancient human remains from KwaZulu-Nata, southern Africa. They report a new deeper divergence timeline of up to 350,000 years for modern humans, far earlier than previously thought.

“This estimate increases the deepest divergence among modern humans, coinciding with anatomical developments of archaic humans into modern humans as represented in the local fossil record,” the authors reported in the journal Science. 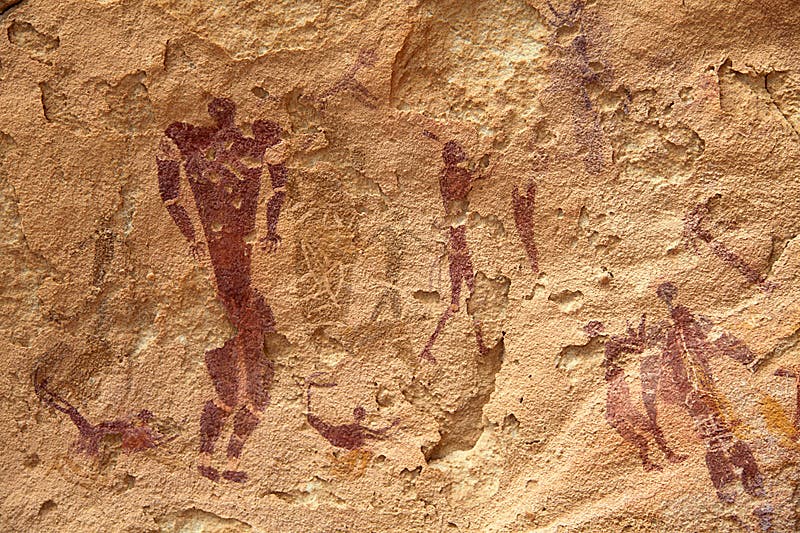 Our species may be older than we used to think

The seven individuals lived in southern Africa 2,300 years to 300 years ago. Three of the oldest individuals, who lived 2,300-1,800 years ago, were genetically related to the descendants of the southern Khoe-San groups while the four others, who lived 500 to 300 years ago were related to present-day South African Bantu-speaking groups. This alone revealed something very important, suggesting a population replacement in southern Africa.

Based on the hunter-gatherer genomes, Carina Schlebusch and colleagues at Uppsala University, Sweden, have established the divergence among modern human humans to have occurred sometime between 350,000 to 260,000 years ago. This deeper split seems to coincide with the famous Florisbad and Hoedjiespunt sites where hominid remains were found. At Florisbad, an intact archaic Homo Sapiens cranium was dated to 259,000 years old. The skull was found along with Middle Stone Age tools. At Hoedjiespunt, scientists found 280,000-year-old teeth, skull fragments and a tibia shaft from a juvenile hominid attributed to Homo heidelbergensis.

Around the same time, the small-brained Homo naledi could also be found in southern Africa. Strikingly, this means that at least two or three Homo species were contemporaries in southern Africa during this period. There is no evidence of interactions between these groups but hopefully, more excavations will help to shed light.

The team also reported that all current-day Khoe-San populations admixed with migrant East African pastoralists about a thousand years ago. Other researchers could not fix this admixture event previously since they didn’t have ancient, un-admixed San group individuals to use as a reference. “The admixture percentages in the Khoekhoe, historically identified as pastoralists, are higher than previously estimated”, says Schlebusch. 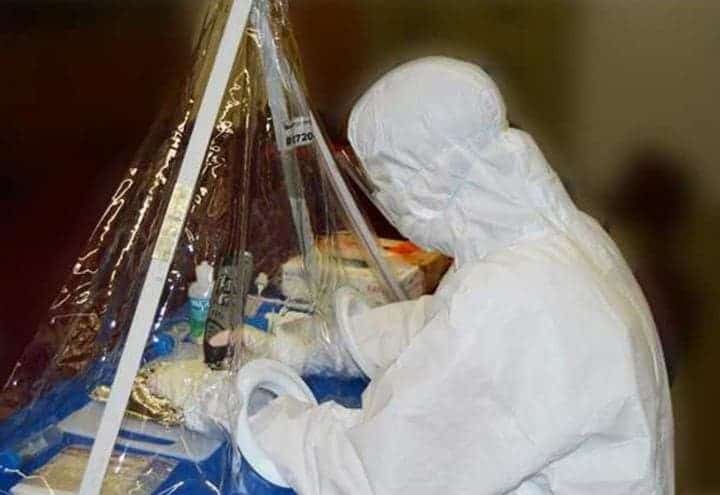 The various admixtures and population replacements over the last two thousand years helped current populations become more resilient against the environment. For instance, genomes of the Iron Age individuals carried at least one Duffy null allele which protected them against malaria. Two such individuals also had at least one sleeping-sickness-resistance variant in the APOL1 gene. Stone Age individuals, on the other hand, did not carry these protective alleles.

“This tells us that Iron Age farmers carried these disease-resistance variants when they migrated to southern Africa”, says co-first author Helena Malmström, archaeo-geneticist at Uppsala University.

Where and when modern humans emerged is still debatable. For many years, anthropologists used to think humans evolved in one single corner of Africa from where they dispersed into Europe and Asia through the Middle East. More and more evidence, however, is starting to point towards a multiregional origin for anatomically modern humans in Africa.

“Homo sapiens did not originate in one place in Africa, but might have evolved from older forms in several places on the continent with gene flow between groups from different places”, says Carina Schlebusch.

Stone tools from Kharga Oasis, Egypt, one of the archaeological sites used in the study. Photograph: The British Museum

Early modern human populations were culturally diverse and sometimes exchanged tools helped by river networks in a then savanna rich Sahara, according to the biggest ever comparative study of stone tools dating to between 130,000 and 75,000 years ago. At least four distinct populations, each relatively isolated from each other, have been identified as possessing distinct cultural practices.

The researchers from the University of Oxford, Kings College London and the University of Bordeaux took over 300,000 measurements of stone tools from 17 archaeological sites across North Africa, including the Sahara. Before early humans left Africa to settle communities in Eurasia, the Sahara we know today as a barren and inhospitable wasteland was considerably different. There were widespread areas filled with patchwork of savanna, grasslands and water, while the desert was interspersed between.

When assessing how ancient communities developed, it’s important to have a really accurate picture of how the climate was at the time, being an important element that puts things into context. With this in mind, the researchers studied climate models coupled with data about these ancient water courses, before finally matching these with new found data surrounding cutting tools. Because Africa’s extremely hot climate, ancient DNA has yet to be found and the most reliable artifacts that document the existence of early modern humans continue to be stone tools.

Armed with this new found data, the researchers were able to infer the context in which the ancient populations made and used their tools. For the first time, tangible evidence was obtained that suggest early human communities were ‘budding’ with other populations along the ancient rivers and watercourses.

‘This is the first time that scientists have identified that early modern humans at the cusp of dispersal out of Africa were grouped in separate, isolated and local populations. Stone tools are the only form of preserved material culture for most of human history. In Africa, owing to the hot climate, ancient DNA has not yet been found. These stone tools reveal how early populations of modern humans dispersed across the Sahara just before they left North Africa. While different populations were relatively isolated, we were interested to find that when connected by rivers, they share similarities in their tool-making suggesting some interaction with one another,’ said Dr Eleanor Scerri, visiting scholar at the University of Oxford.

The researchers were careful to remove some of the causes that produce variability, but were not particularly tied to cultural characteristics, like raw materials.

‘Not much is known about the structure of early modern human populations in Africa, particularly at the time of their earliest dispersals into Eurasia. Our picture of modern human demography around 100,000 years ago is that there were a number of populations, varying in size and degree of genetic contact, distributed over a wide geographical area. This model of our population history supports other theories recently put forward that modern humans may have first successfully left Africa earlier than 60,000-50,000 years ago, which had been the common view among scholars. Our work provides important new evidence that sheds light on both the timing of early modern human dispersals out of Africa and the character of our interaction with other human species, such as Neanderthals,’ said Scerri.

Thanks to a growing body of evidence, the paradigm has shifted from asking whether or not humans originated from Africa, then spread out to the rest of the world, to the question ‘which of these distinct populations went in and out of Africa?’. A crucial next step involves fieldwork in areas such as the Arabian Peninsula to understand how these populations spread into Eurasia.

The findings were reported in the journal Quaternary Science Reviews.