New research in Tunisia is teaching computers how to read your handwriting.

Researchers at the University of Sfax in Tunisia have developed a new method for computers to recognize handwritten characters and symbols in online scripts. The technique has already achieved ‘remarkable performance’ on texts written in the Latin and Arabic alphabets.

“Our paper handles the problem of online handwritten script recognition based on an extraction features system and deep approach system for sequence classification,” the researchers wrote in their paper. “We used an existent method combined with new classifiers in order to attain a flexible system.”

Handwriting recognition systems are, unsurprisingly, computer tools designed to recognize characters and hand-written symbols in a similar way to our brains. They’re similar in form and function with the neural networks that we’ve designed for image classification, face recognition, and natural language processing (NLP).

As humans, we innately begin developing the ability to understand different types of handwriting in our youth. This ability revolves around the identification and understanding of specific characters, both individually and when grouped together, the team explains. Several attempts have been made to replicate this ability in a computer over the last decade in a bid to enable more advanced and automatic analyses of handwritten texts.

The first is based on the theory that our own brains work to transform language from the graphical marks on a piece of paper into symbolic representations. This OnHSR-LSTM works by detecting common properties of symbols or characters and then arranging them according to specific perceptual laws, for instance, based on proximity, similarity, etc. Essentially, it breaks down the script into a series of strokes, that is then turned into code, which is what the program actually ‘reads’.

“Finally, [the model] attempts to build a representation of the handwritten form based on the assumption that the perception of form is the identification of basic features that are arranged until we identify an object,” the researchers explained in their paper.

“Therefore, the representation of handwriting is a combination of primitive strokes. Handwriting is a sequence of basic codes that are grouped together to define a character or a shape.”

The second system, the convolutional long short-term memory network, is trained to predict both characters and words based on what it read. It is particularly well-suited for processing and classification of long sequences of characters and symbols.

Both neural networks were trained then evaluated using five different databases of handwritten scripts in the Arabic and Latin alphabets. Both systems achieved recognition rates of over 98%, which is ‘remarkable’ according to the team. Both systems, they explained, performed similarly to human subjects at the task.

“We now plan to build on and test our proposed recognition systems on a large-scale database and other scripts,” the researchers wrote.

The paper “Neural architecture based on fuzzy perceptual representation for online multilingual handwriting recognition” has been published in the preprint server arXiv.

If you are not a parent, this may never have crossed your mind — I certainly never thought of it until now. But if you do have a child, it might be best to give your kid some real toys to play with and limit their touchscreen activity if you want them to be able to hold a pen. 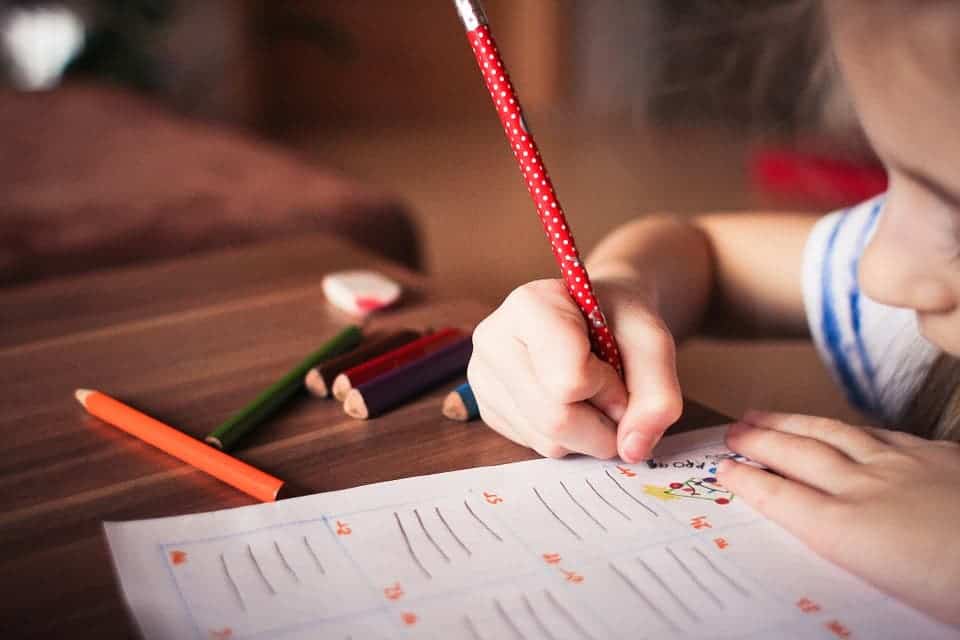 Pediatricians warn that due to the rise of touchscreen technology, today’s children find it very difficult to hold pens. In order to learn how to write, children‘s finger muscles have to be exercised, and the best way of doing so is by allowing them to play with building blocks, coloring books, or just regular, non-virtual toys.

“Children are not coming into school with the hand strength and dexterity they had 10 years ago,”  she said. “Children coming into school are being given a pencil but are increasingly not be able to hold it because they don’t have the fundamental movement skills.”

“To be able to grip a pencil and move it, you need strong control of the fine muscles in your fingers. Children need lots of opportunity to develop those skills.”

“It’s easier to give a child an iPad than encouraging them to do muscle-building play such as building blocks, cutting and sticking, or pulling toys and ropes. Because of this, they’re not developing the underlying foundation skills they need to grip and hold a pencil.”

According to the paper Effect of Pencil Grasp on the Speed and Legibility of Handwriting in Children, there are four mature ways of correctly holding a pen. 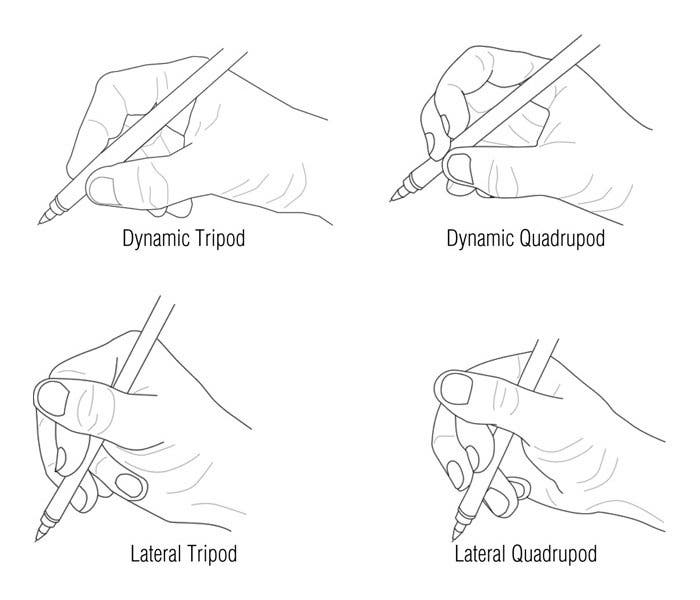 The authors of the 2012 study state that all four ways are correct, meaning they do not affect handwriting speed or legibility. So, even if a kid does not use the dynamic tripod grasp, that will not affect his or her writing skills. But it seems that kids nowadays can’t really use any of these grasps. Motor dysgraphia — trouble writing due to lack of fine motor skills — has become a  real concern for parents.

Karin Bishop, an assistant director at the Royal College of Occupational Therapists, also admitted concerns: “It is undeniable that technology has changed the world where our children are growing up,” she said to The Guardian. “Whilst there are many positive aspects to the use of technology, there is growing evidence on the impact of more sedentary lifestyles and increasing virtual social interaction, as children spend more time indoors online and less time physically participating in active occupations.”

Until now, there is no conclusive study that proves handwriting to be useful for children‘s developing brains. Yes, if a technological apocalypse were to occur, knowing how to write with your hands might be extremely helpful. However, in our current society, I see no particular problem in this — however, this is coming from someone who always hated handwriting and thought it was old-fashioned, overrated and not particularly useful. We now live in a world where technology allows us instant access to information, where we needn’t write down every word the professor says, as there are tons of books available to read on any subject whatsoever.

Maybe this is just the way learning systems will evolve, away from the teacher dictating to students what to write down and toward actually discussing the lesson freely and reading about the subject outside the classroom. Again, this is just my opinion. What do you think? Is handwriting so important that it must prevail, or will it become obsolete, just like typing machines and printing presses?

Although it got some support in the 20th century, there is very little scientific evidence to support graphology. The pattern of your handwriting doesn’t describe your personality; graphology belongs in the same group as palm reading and astrology. 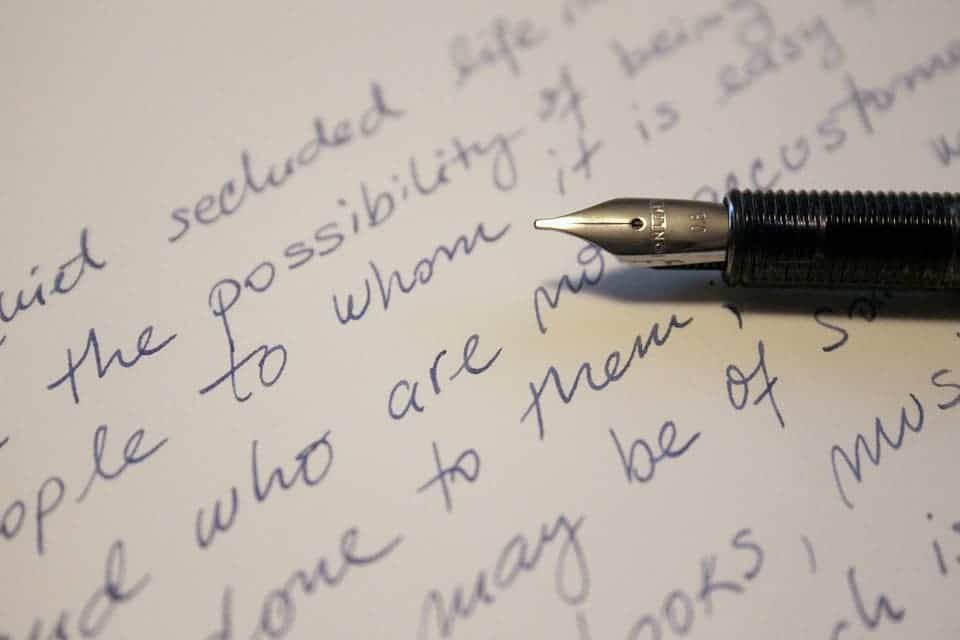 In 1575, a Spanish physician by the name of Juan Huarte de San Juan published what is likely the first book on handwriting analysis: Examen de ingenios para las ciencias. It seemed to make a lot of sense. Writing is a very personal act, and everyone writes in a different way, so it seems logical that writing is connected to someone’s personality. Italian philosopher Camillo Baldi wrote another book on the matter in 1622 (Trattato come da una lettera missiva si conoscano la natura e qualita dello scrittore), but the idea didn’t really pick up until much later, in the 19th century, with Jean-Hippolyte Michon.

You could say that Michon is the grandfather of graphology. He published several papers on the subject and founded Société Graphologique in 1871. His students carried on his ideas, coming up with a holistic way of analyzing handwriting. After the first World War, it spread across Europe and to America, where it spread and picked up a lot of support. But study after study failed to find any reliable evidence behind graphology.

In 1929, graphology suffered a significant split. Milton Bunker founded The American Grapho Analysis Society teaching graphoanalysis, which looked at individual patterns in the writing as opposed to a holistic approach. Supporters of this approach believed that there is more scientific validity to looking at individual clues.

What the science says 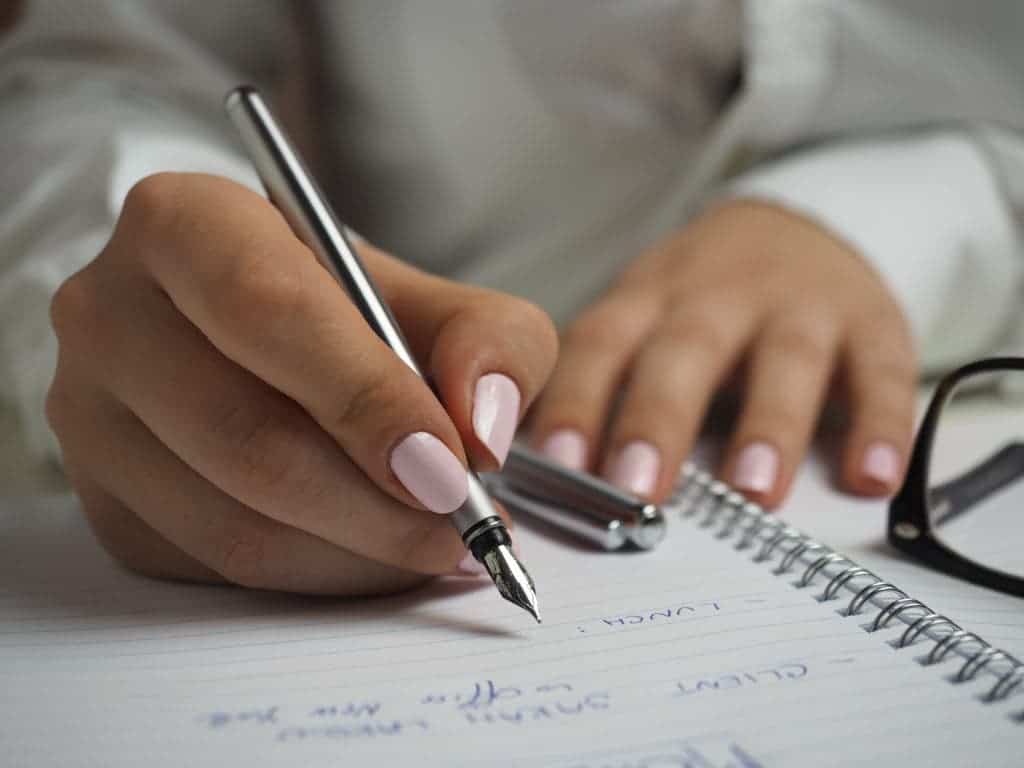 The one area in which graphology has proven some value is gender identification.

Graphology (sometimes called graphoanalysis) should not be confused with the term graphanalysis — that one letter makes a big difference. The latter is the forensic technique of analyzing documents and letters with the purpose of identifying the author, the former is the belief that handwriting predicts personality traits. But the science disagrees.

In a 1988 study, authors conclusively showed that graphologists were unable to predict scores on the Myers-Briggs test. Despite this, more and more companies started using graphology. The allure of the technique was too strong for many, even without any scientific evidence. Rowan Bayne, a British psychologist said that “it’s very seductive because at a very crude level someone who is neat and well behaved tends to have neat handwriting”, adding that the practice is “useless… absolutely hopeless”. The British Psychological Society ranks graphology alongside astrology, giving them both “zero validity.”

The notable exception is gender. Several studies have demonstrated that gender can be determined at a significant level, though any other trait remains, at the very best, inconclusive. 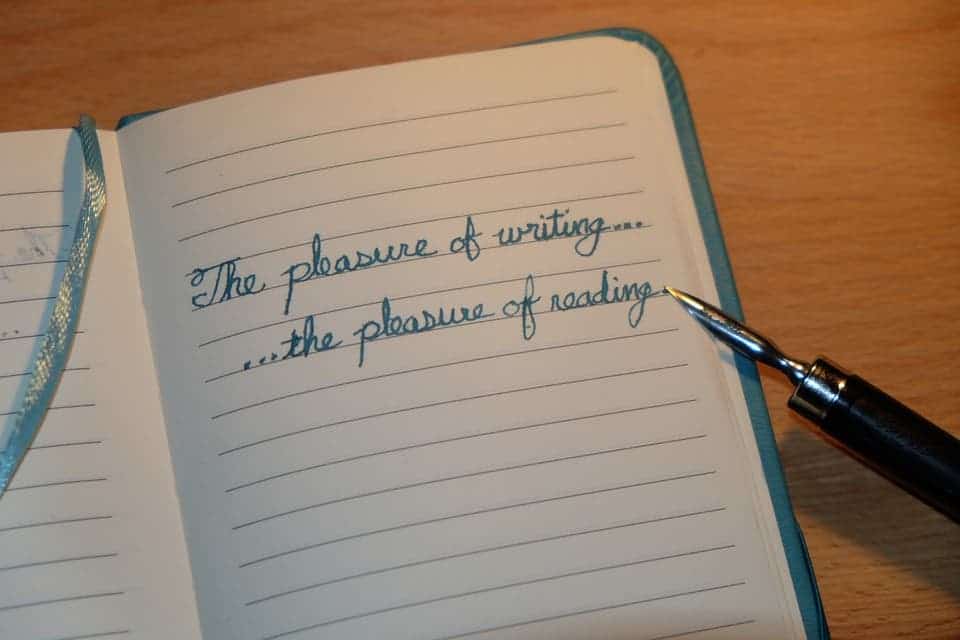 Just don’t read into it too much.

Interestingly, a CIA report also assessed the potential of graphology. Of course, the Agency could greatly benefit from such a technique.

“For the clandestine services, however, graphology as a validated assessment technique might have application in a sufficient number of instances, those where background investigation is impossible, to warrant considerable research to determine its effectiveness,” the study reads.

However, the report highlights no evidence that graphology does, in fact work.

“Two threads of argument run through the foregoing article on handwriting analysis. The first asserts the great need for research studies because “a proper test run has never been devised and carried out, at least not in the United States[..].” The second asserts the value of graphology here and now as an assessment technique, making sweeping claims of what it can do. The arguments are essentially incompatible. If the claims are correct, the research is unnecessary; if there is no research evidence, the claims are unsupported. With the need for research to establish the value of graphology as an assessment technique I am in full agreement. I disagree with the claims for its current effectiveness.”

Brain studies show that writing is a complex phenomenon. Even something as simple as scribbling a “get milk” note activates many areas of your brain. There might be a way to infer something about your personality, but we haven’t found it yet — and at the moment, it doesn’t seem very likely.