Isn’t that great? If you’re as lazy as I am, this incredible news. Just imagine sitting on a couch all day and having rocking six-pack abs at the same time. Wow. But things aren’t that simple — well, not yet. 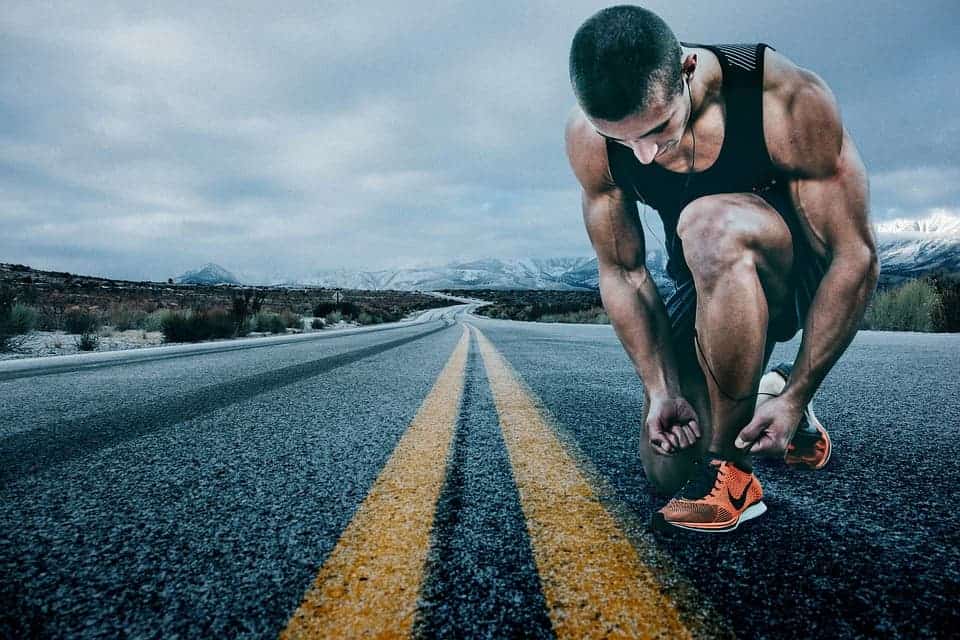 Scientists have been working on an “exercise pill” for quite some time. Studies conducted on mice show promising results, but FDA approval is still needed for the drug to be available to patients. Unfortunately, the FDA does not see the inability to exercise as a disease that requires treating.

Who really has the time now to exercise as much as the body needs? We’re constantly on the run, yes, but mostly metaphorically. We all know the tremendous benefits of working out on a regular basis, but let’s be honest: if we’re stuck in a stressful office environment, like a large part of the population is, where can we find the energy to work out at least half an hour each day? Or even the time? I’m not trying to make excuses for everyone. However, obesity rates are rising, and we should face the facts: our ancestors engaged in more physical activity than we do today. Our food is different as well — we mostly eat high-energy processed foods, not home cooked meals or fruits and vegetables from our own gardens.

Some would argue that lifestyle is a choice and that we are fully responsible for our health. I agree, but let’s take into the consideration that a healthy lifestyle is hard to maintain, with sugar addiction being one of our worst enemies.

Researcher Ronald Mark Evans, a biologist at the Salk Institute for Biological Studies in La Jolla, California, wanted to fight against obesity, so he and his team developed a drug that mimics the effects of exercise while eliminating the need to run a mile three times a week.

How does this pill work?

The compound, known as GW1516, or 516, essentially tricks the body to burn fat instead of glucose for energy; this typically takes longer for the body to do, as it prefers to use glucose first, then fat. The human body uses the same metabolic pathway when exercising: it preserves the sugar for the brain during periods of physical stress and signals the muscles to burn fat instead.

Ali Tavassoli, a professor at the University of Southampton, has also been studying similar effects using a drug known as compound 14.

Compound 14 changes the body’s metabolism by affecting the functionality of an enzyme called ATIC. By inhibiting this enzyme, researchers trigger a chain reaction that leads the cells’ central energy sensor to think it’s running out of sugar. In consequence, the cell’s metabolism and sugar uptake are fastened. Its developers think that if Compound 14 was successfully tested on humans, it could help substantially in the fight against obesity, which affects more than a third of the U.S.’s adult population.

“If you can bring them a small molecule that can convey the benefits of training, you can really help a lot of people,” Evans told Washington Post.

Researchers aren’t only developing this drug for those who don’t have time to exercise; the drug’s main target is people physically incapable of working out. Helping people with muscle-wasting diseases and movement disorders, the frail, the very obese and post-surgical patients is the team’s principal priority.

Alas, FDA doesn’t recognize “the inability to exercise” as a condition. So Evans decided to make them listen: he targeted 516 young people with Duchenne muscular dystrophy. He thinks this approach has the best chance to get FDA approval.

“This [disease] afflicts kids who can’t exercise and ultimately die of muscle wasting, often at a relatively early age, at 15 or 16,” Evans says. “It’s a disease with a large unmet medical need.”

The drug is now undergoing a small human safety study. Evans says the compound has “a potentially wide application,” including for amyotrophic lateral sclerosis, Parkinson’s disease, and Huntington’s disease, and for “people in wheelchairs.”

He also believes it could be crucial for patients who develop acute kidney injury — a potentially fatal side effect of cardio-bypass surgery that is often associated with irreversible organ damage.

“The organ or tissue changes its metabolic properties and begins to burn sugar, and because it happens quickly, it’s very hard to stop,” Evans says. “Our drug helps to draw the tissue back to a more healthy state, returning it from a chronic inflammatory damaged state. It soaks up sugar. If you do this carefully and quickly, you can override the damage response.”

Scientists admit that some problems might appear if the drug becomes available to the general population. There will be no way to control abuse. Even professional athletes might be tempted to take it in order to boost their performances. The experimental 516 already is banned by the World Anti-Doping Agency, according to Evans, and “I’m sure any [future] version of it will be, too.”

Evans concludes: “I like exercising, and that’s good enough for me. People are designed to move. But if they can’t, it’s not healthy to be sedentary. That’s why we are developing this drug. We are trying to take science out of the laboratory and bring it into the clinic in a way that can change people’s lives. If we can do that, it would be a game-changer.”