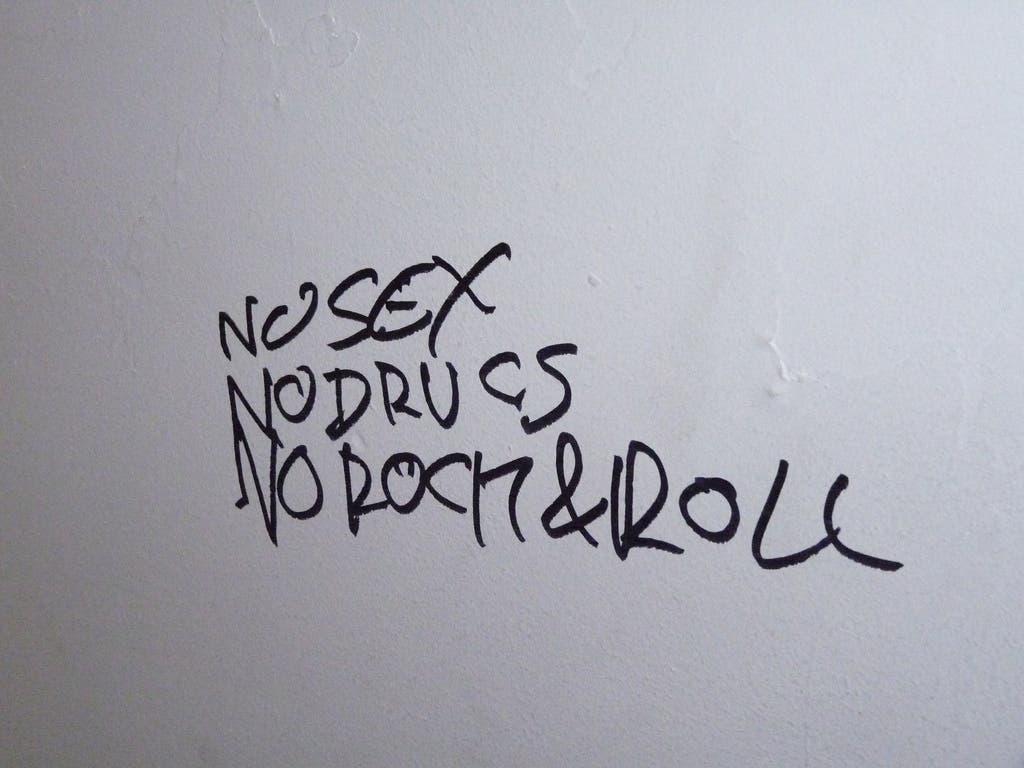 Based on data collected from the General Social Survey which has recorded (among other things) the sexual behavior of more than 26,000 American adults since 1989, a team from the San Diego State University found that Americans today just aren’t getting down between the sheets as much as previous generations did.

“These data show a major reversal from previous decades in terms of marriage and sex,” said Jean M. Twenge, the study’s lead author and professor of psychology at San Diego State University.

Twenge says that the main factor driving sexual habits seems to be the birth cohort (i.e. generation), with those born earlier in the 20th century having had more sex on average compared to their younger peers at the same ages. But it may not be so much an issue of Americans having less sex with their partners, but rather a lack of partners to get frisky with — Twenge’s previous research found that Millennials/Generation Y had fewer sexual partners on average compared to members of the Generation X at the same age.

“Despite their reputation for hooking up, Millennials and the generation after them [iGen or Generation Z] are actually having sex less often than their parents and grandparents did when they were young,” said Twenge.

“That’s partially because fewer iGen’ers and Millennials have steady partners.”

But it’s not only kids failing at attracting the opposite sex, Twnege says. It’s also happening to married couples.

“Older and married people are having sex less often — especially after 2000,” he said.

“In a previous paper, we found that the happiness of adults over age 30 declined between 2000 and 2014. With less sex and less happiness, it’s no wonder that American adults seem deeply dissatisfied these days.”

While the study doesn’t offer any evidence as to why this is happening, Twenge says that it’s not due to excessive workloads — Americans who worked more hours actually had sex more often than their peers. Which my actually explain why they work so hard.

The full paper “Changes in American Adults’ Reported Same-Sex Sexual Experiences and Attitudes” has been published online in the journal Archives of Sexual Behavior.

Religiousness in the Unites States is on the decline, mirroring patterns seen across the western world a new study from UCL and Duke University finds.

For many years now the United States seemed to go against the rest of the western world as far as religion is concerned. Many Americans remained dedicated to their faith and houses of worship — even as church attendance rates around the globe dropped.

A new study has now found a slow, steady drop in the number of Americans who regularly go to church, believe in God or claim religious affiliations. It also suggests that this decline is driven by inter-generational differences.

“None of these declines is happening fast, but the signs are now unmistakable,” said David Voas, a social scientist with UCL and co-author of the study.

“It has become clear that American religiosity has been declining for decades, and the decline is driven by the same dynamic — generational differences — that has driven religious decline across the developed world.”

The study analyzed data obtained from the General Social Survey which is conducted every two years. This information was compared to surveys of similar scope from Canada, New Zealand, the UK and Australia. Across the globe, people have slowly become less religious over time, but in the US the decline has been so incremental that researchers didn’t have enough data to know they’re looking at a trend, says Mark Chaves, a professor of sociology, divinity and religion and co-author to the study.

Religiousness as a whole was surveyed, without drawing lines between religions or religious denominations. They found that while 94 percent of Americans born before 1935 claim a religious affiliation, that number drops to 71 percent for those born after 1975. Similarly,  68 percent of Americans aged 65 and older said they believed God exists, but just 45 percent of those aged 18-30, hold the same belief. As for church attendance, 41 percent of people 70 and older said they participate in services at least once a month, compared to just 18 percent of people 60 and younger.