An international team wants to make drones fly for longer — by teaching them how to land. 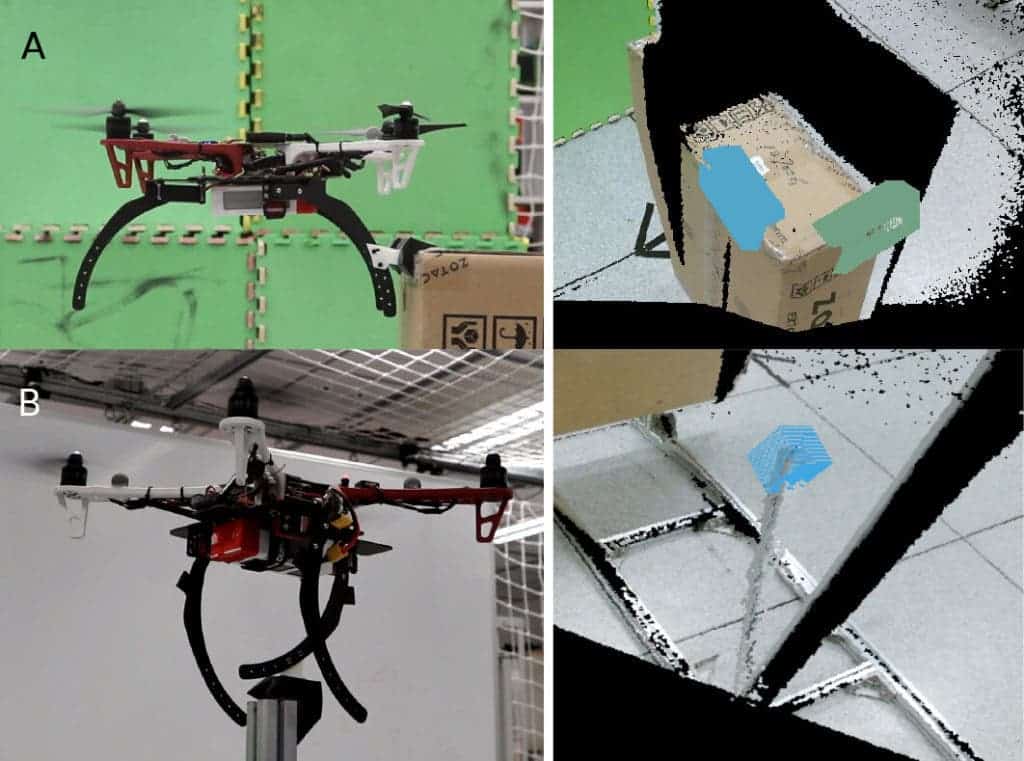 Drones today are really awesome gadgets, but they’re still severely limited by their short flight time. Despite a lot of effort being expended into improving their batteries or energy efficiency, drones can still only last minutes in the air.

Now, a new study reports that we don’t need bigger, better batteries to keep drones aloft for longer; it’s as simple as sticking landing gears on them.

Many birds fly in short bursts and perch on elevated positions between bouts, they explain. By taking these elevated positions, they are able to conserve energy while keeping tabs on their surroundings for food or threats. Bats fly in a similar manner, but instead of perching, they simply hang upside down.

So the researchers set to work on incorporating similar abilities into our drones. The design they came up is reminiscent of a hawk’s talons. Drones equipped with this landing gear can land on flat or semi-flat surfaces like a bird, or perform a leaning landing on objects such as window sills.

An Xbox One Kinect sensor built into the design allows drones to automatically find and navigate perches, the team adds. After landing, the drone can turn down its rotors, thus saving battery power and prolonging its ability to fly. Other onboard devices such as cameras can be kept operational, allowing landed drones to keep performing their intended tasks.

The landing gear has only been tested under laboratory conditions so far. Although the results are encouraging, the team says they still need to tweak their design further to get the drones to land and take off autonomously. With some more work, however, they’re confident we’ll soon see drones perching atop buildings and other high surfaces.

The paper “Perching and resting—A paradigm for UAV maneuvering with modularized landing gears” has been published in the journal Science Robotics.

Magnified view of the first known biological gears present at the hind legs of the issus, a fast accelerating hopping insect. The image was made using an electron microscope. (c) Malcolm Burrows

The Issus coleoptratus or issus for short is a small hopping insect that can leap at tremendous speeds and lengths compared to its tiny size. Actually, it’s one of the fastest accelerating creatures known to biologists, capable of accelerating at nearly 400 g’s—a rate more than 20 times what a human body can withstand. To achieve this fascinating feat the issus performs a perfectly synchronized kick of his hind legs to propel it forward at dazzling speeds, and this perfect timing is made possible using a minuscule pair of interlocking teeth-like structures. The resemblance to a man-made mechanical gear is striking and as two UK  researchers recently reported in a paper published in the journal Science, its working principle is similar as well.

The involute gear, the precursor to virtually all types of gears today, was first introduced by Swiss mathematician Leonhard Euler in the 18th century. Nature, however, beat us to it long time ago judging from the biological gears the issus is sporting. The three-millimeter hoping insect uses these gears to lock its back legs together,  allowing both appendages to rotate at the exact same instant, causing the tiny creature’s jump forward.


“In Issus, the skeleton is used to solve a complex problem that the brain and nervous system can’t,” said Malcolm Burrows in a press statement.

“This emphasises the importance of considering the properties of the skeleton in how movement is produced.”

“We usually think of gears as something that we see in human designed machinery, but we’ve found that that is only because we didn’t look hard enough,” added co-author Gregory Sutton, now at the University of Bristol.

“These gears are not designed; they are evolved – representing high speed and precision machinery evolved for synchronisation in the animal world.”

High precision indeed: each gear features between 10 and 12 tapered teeth, each tooth is about 80 micrometers wide helping mesh the two gears neatly. Fascinating enough, each gear tooth has filleted curves at the base,  a design feature incorporated in all modern gears since it reduces wear. The gear aren’t exactly like any type of mechanical gear made by humans – they’re made for “high precision and speed in one direction,” Sutton says. “It’s a prototype for a new type of gear.”

The gearing is most definitely an elegant solution found by nature to help the issus achieve its fast and accelerated jumps. Actually, the issus engages its gears before the jumps happens, locking them together in under 30 milliseconds (1/300,000 seconds)! What truly mysterious about the issus, however, is that these gears are only present in adolescent individuals. During its development stages, the issus molts about half a dozen times, making changes and adjustments to its exoskeleton each time – gears included, which grow larger and larger with the issus itself. By the time it grows into adulthood, however, the issus loses its gears. The researchers have a possible explanation for this. If one of the gear tooth breaks, then it will severely affect the issus’ leaps, indispensable to its survival at the face of predators. An adolescent can afford to have one or more of its gear teeth to break, since it replaces them every time it molds. The adult stops molding, though, so its ineffective for it to keep the gears – it’s just too risky! “Just like if your car has a gear train missing a tooth. Every time you get to that missing tooth, the gear train jerks,” Sutton says.