Applications have been the world of smart phones, where they are created to help, aid, and provide entertainment at the same time. From basic phones which provided us just the features of call and text messaging; mobile phones became something more as a digital helper and organizer, and an entertainment device.

As a gamer, one is slowly turning to their mobile phones and treating it as their gaming systems, considering that getting a 3DS or a PSP Vita would be much more expensive when it comes to budget and practicality. Now with everything placed in your phone: the capability to call, to message, and organizing features; it would be such a convenience when you have the power to play your favorite games in a small and handy device which you can take anywhere you go. And of course you know you wouldn’t be able to leave your phone behind, as most people consider it as one of the main necessities they wouldn’t leave behind when they exit the house.

However, with the sudden outburst of games in various app shops, from the iStore to Google Apps, someone with a new phone would definitely have a hard time trying to figure out what they would probably want to download. Considering that you probably are a developer and your goal is to have your audience transform from regular phone users into full-fledged gamers who couldn’t put the phone down; you have to ensure that your game app should have everything to catch their attention. Here are some suggestions which can help identify what the gamers appreciate and what new gamers will enjoy when it comes to game applications they find in the market. 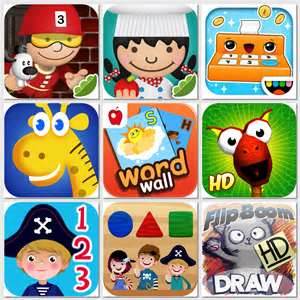 What Gamers are Looking For:

Just like the television and the internet, one must find a way to catch the interest of your users and make them pick your game app from other different ones which can be downloaded (free or with charge) from the online stores.

1)      Eye-catching Graphics – Most gamers appreciate a wonderful interface with quality images and interesting animations which you can incorporate in the story of your game. Whether it’s a card game or a classic arcade game, artwork appropriate to your genre would be appreciated by your audience when they play it.

2)      Interesting Theme – Everyone loves to play games with unique and interesting stories. Even if it’s a fast game which is intended to be played during one’s spare time, a small backstory can keep your users on their feet as they move from one level to another.

3)      Easy To Play Interface – Of course you have to consider the ease of play when it comes to your games. You have to balance the quality of your graphics, as well as how fast they can load.

4)      Monthly Events – Gamers love challenges, as well as prizes. It’s the thing that keeps them playing their favorite applications.

5)      Reliable Service – It would help a lot if you can provide a way for users to contact you in the event of problems and malfunctions in the game. You don’t need to have a 1-800 number where you can be contacted anytime, an email list or forums will be enough for users to air out their problems.