No oxygen? No problem — when faced with a lack of oxygen, African naked mole-rats take a cue from plants and start metabolizing fructose to survive, a new paper reports.

There’s no metabolic tweak that would make them less ugly though.
Image credits Thomas Park / UIC.

You know what would really ruin your day? A lack of oxygen.

But that’s only because we’re humans and not the awesome Heterocephalus glaber or African naked mole-rat. Individuals of this species are used to living jam-packed with hundreds of their kin in small, poorly-ventilated burrows — where the oxygen-o-meter often falls below breathable levels. So the hairless critters have evolved to counteract this by copying a part of the plant metabolism. Understanding how their bodies do this could open the way to treatments for patients suffering crises of oxygen deprivation, as in heart attacks and strokes.

“This is just the latest remarkable discovery about the naked mole-rat — a cold-blooded mammal that lives decades longer than other rodents, rarely gets cancer, and doesn’t feel many types of pain,” says Thomas Park, professor of biological sciences at the University of Illinois at Chicagoand lead author of the study.

The team exposed naked mole-rats to low oxygen conditions in lab settings, and subsequently found high concentrations of fructose in their bloodstream. This compound was shuttled to neurons via molecular fructose pumps which are only used in the intestine walls of all other mammal species. Park’s team reports that when oxygen levels fall, the naked mole-rats’ brain cells begin metabolizing fructose, a process which releases energy without needing any oxygen. Up to now, this metabolic pathway was only documented in plants — so finding it in the moles was a big surprise.

Fructose metabolism allows the moles to live more than five hours through oxygen levels low enough to kill a human in minutes. Since only their brains are kept at full power by the compound, the moles enter a state of suspended animation in which they exhibit drastically reduced movement and a much lower pulse and breathing rate to save up on energy. It’s the only mammal known to use a suspended-animation state to power through oxygen deprivation.

They’re also seemingly immune to pulmonary edemas — the buildup of fluid which clogs the lungs of mammals in low-oxygen environments, such as climbers at high altitude.

“The naked mole-rat has simply rearranged some basic building-blocks of metabolism to make it super-tolerant to low oxygen conditions,” park adds.

The full paper “Fructose-driven glycolysis supports anoxia resistance in the naked mole-rat” has been published in the journal Science.

A new Yale study has found that fructose is converted in the human brain from glucose, offering significant insight (but also raising questions) about our eating habits and cravings. 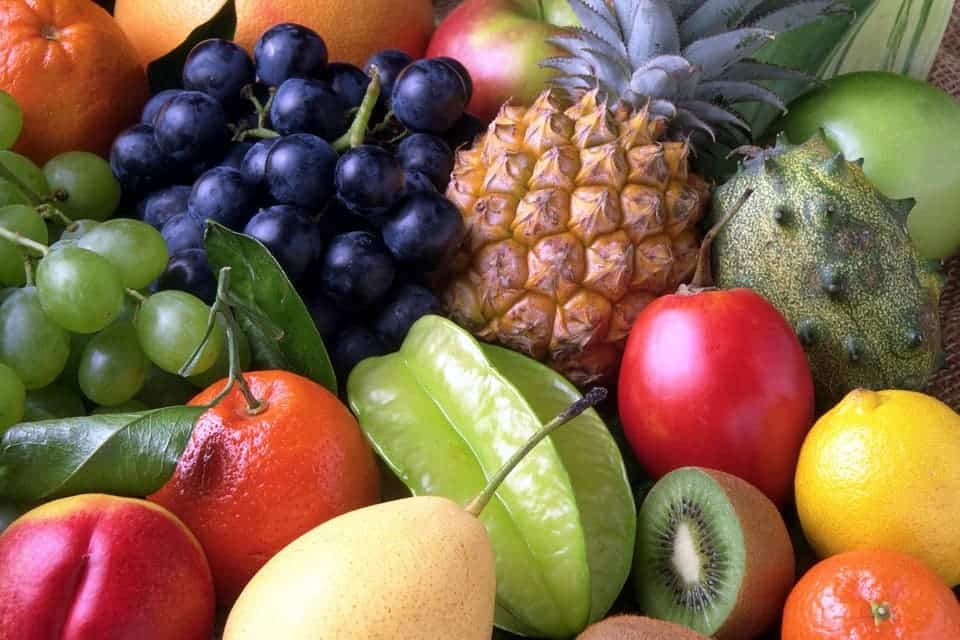 Fructose is found in fruits and veggies, but also in a lot of processed foods. It’s also been linked to obesity and cardiovascular issues. Image via Pixabay.

Fructose is a simple monosaccharide found in many fruits and vegetables, where it is often bonded to glucose. Pure, dry fructose is a very sweet, white, odorless, crystalline solid and is the most water-soluble of all the sugars. Because of its properties, it’s often added to processed and baked foods, to make them sweeter and tastier — but excess consumption contributes to high blood sugar and chronic diseases like obesity. A previous study had already shown that fructose and glucose have a significant effect on the brain, but it wasn’t clear if the fructose was produced in the brain or simply arrived there through the bloodstream.

To answer this question, researchers gave eight healthy participants infusions of fructose and glucose, while measuring sugar concentrations in their brains and bodies using a non-invasive technique called magnetic resonance spectroscopy. They found that when participants drank the glucose infusion, their fructose levels in the brain rose dramatically while levels in the brain remained relatively low.

“In this study, we show for the first time that fructose can be produced in the human brain,” said first author Dr. Janice Hwang, assistant professor of medicine.

“By showing that fructose in the brain is not simply due to dietary consumption of fructose, we’ve shown fructose can be generated from any sugar you eat,” Hwang added. “It adds another dimension into understanding fructose’s effects on the brain.”

This isn’t completely unexpected, as the same process had been observed in animals. However, it does bring a few interesting questions. It has been proven in rodents that fructose promotes feeding behavior while glucose doesn’t In other words, glucose makes you feel full, while fructose doesn’t. So what then is happening to our brain as it transforms glucose into fructose? Perhaps even more importantly, what does this mean for our health?

Dr. Kathleen Page, an endocrinologist and assistant professor of medicine at the University of Southern California Keck School of Medicine, who was not involved with the study, said that the findings are “intriguing” and, “if confirmed in future studies, could have important implications on the effects of sugar on brain function.”

Indeed, the study does come with a couple of limitations: for starters, there are only 8 participants, which is a pretty small sample size (though for the purpose, it seems relevant). Secondly, there’s only an indirect observation here, and the mechanism is still not properly understood. But we can still draw some conclusions.

The fact that fructose is increasingly used in the food industry is already worrying. Excess fructose consumption is already connected to insulin resistance, obesity, elevated LDL cholesterol and triglycerides, leading to metabolic syndrome. The substance is also associated with a greater incidence of hypertension and risk of cardiac disease.

I always find it funny when something says “zero fat”, but has tons of sugar in it. Sugar is addictive, it’s teeming in your cereal, it’s in your soda, it’s almost everywhere – and we need to get off of it; not to say we shouldn’t eat any sugar, but we really need to lower our consumption. Why? Because sugar is the real villain in the obesity epidemic, and not fat as people used to think. Oh, it also causes significant increases in diabetes cases. 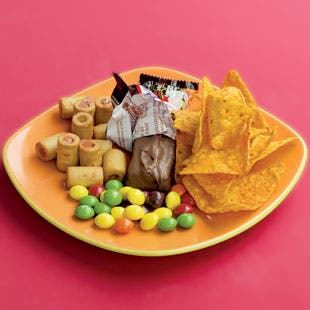 Dr Robert Lustig, who was this month in London and Oxford for a series of talks about his research, likens sugar to hardcore drugs. Yep, that’s right – cocaine and heroine are deadly because they are addictive and toxic – and so is sugar, he says, it just takes a little longer.

“We need to wean ourselves off. We need to de-sweeten our lives. We need to make sugar a treat, not a diet staple,” he said. “The food industry has made it into a diet staple because they know when they do you buy more. This is their hook. If some unscrupulous cereal manufacturer went out and laced your breakfast cereal with morphine to get you to buy more, what would you think of that? They do it with sugar instead.”

Robert H. Lustig is a pediatric endocrinologist at the University of California, San Francisco (UCSF) and is mostly working on childhood obesity. You might know him from Youtube, where a speech of his called “Sugar: The Bitter Truth” went viral, with over 3 million views (which for a 90 minute video is really something).

Now, he has released a book – Fat Chance: The Bitter Truth About Sugar, which concludes that the rivers of Coca-Cola and Pepsi consumed by young people today have as much (if not more) to do with obesity as the mountains of burgers. But even with all the negative effects of sugar, that doesn’t mean that burgers are OK or that their role should be neglected.

The problem, he explains is that cows in the US are fed corn, unlike say Argentinian cows, which are fed grass.

“In grass-fed beef, like in Argentina, there are no problems,” he said. “And that’s why the Argentinians are doing fine. The Argentinians have a meat-based diet … I love their meat. It is red, it’s not marbled, it’s a little tougher to cut but it’s very tasty. And it’s grass-fed. That’s what cows are supposed to eat – grass.”

He goes even deeper analyzing that problem; he explains that cows are basically suffering just like we do, but we eat them before they can get sick. He blames insulin for 75% to 80% of all obesity. Insulin is the hormone, he says, which causes energy to be stored in fat cells – the most notable source (but not the only one) being sugar. Just like humans get obese if they eat too much corn, so do cows.

“We [in the US] feed them corn and the reason is twofold – one, we don’t have enough land and, two, when you feed them corn they fatten up. It usually takes 18 months to get a cow from birth to slaughter. Today it takes six weeks and you get all that marbling in the meat. That’s muscle insulin resistance. That animal has the same disease we do, it’s just that we slaughter them before they get sick.” 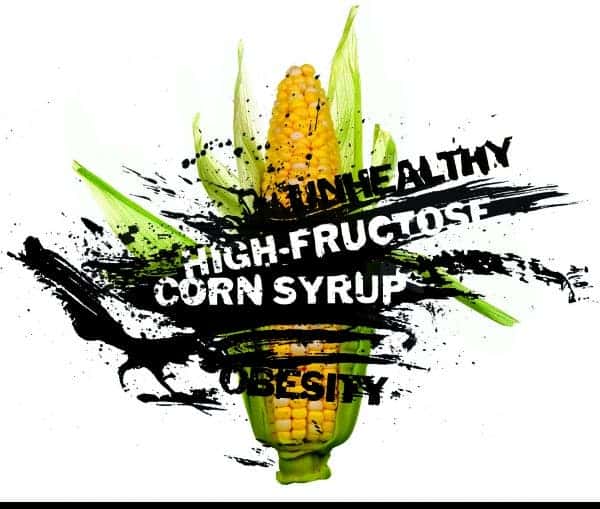 When the whole “fat is making us obese” trend broke out, all the food companies were trying to make their products as fat free as possible – and it made sense, fat makes you fat, right? But they also started adding more and more sugar into products where it wasn’t really needed, and this actually has a much more negative effect. Why? Because a calorie is not a calorie – meaning that the effect of a calorie in sugar is different from the effect of a calorie in lean grass-fed beef. Also, added sugars come with a myriad of names (from glucose to diastatic malt), often disguised in food labeling and dextrose. Fructose is the biggest problem, and high-fructose corn syrup, used extensively by food manufacturers in the US, is the main source of it.

Lustig also explained the extensive campaign food companies are involved in, to discredit the negative effects of sugar – but you can’t trick science.

The problem, much like with all health issues, is money.

I was quite thrilled when Michelle Obama launched her Let’s Move initiative in February 2010 with a speech to the Grocery Manufacturers Association of America.

“She took it straight to them and said, ‘You’re the problem. You’re the solution.’ She hasn’t said it since. Now it’s all about exercise. Far be it from me to bad-mouth somebody who wants to do the right thing. But I’m telling you right now she’s been muzzled. No question of it.”

Again, this is not saying that people should eliminate sugar from their diets – just lower the consumption. The American Heart Association in 2009 published a statement, of which Lustig was a co-author, showing that the average American consumes no less than 22 teaspoons of sugar per day – and that number needs to go down.

“That’s a reduction by two thirds to three quarters. Is that zero? No. But that’s a big reduction. That gets us below our toxic threshold. Our livers have a capacity to metabolize some fructose, they just can’t metabolize the glut that we’ve been exposed to by the food industry. And so the goal is to get sugar out of foods that don’t need it, like salad dressing, like bread, like barbecue sauce.” There is a simple way to do it. “Eat real food.”