When a dog needs something from its human, it needs only to raise its eyebrows. Faced with those big “puppy dog eyes”, the human has little choice but to yield. This canine trait and the power it has in human-dog dynamics is, of course, no accident. According to a new study, dogs have evolved muscles around the eyes that allow them to be more expressive; muscles which wolves, dogs’ closest living relatives, lack.

Researchers at Howard University compared the facial anatomies of six domestic dogs and four gray wolves, along with behavioral changes in nine wolves and 27 shelter dogs. The researchers discovered that all the dogs had a muscle that pulls the lateral corner of the eyelid toward the ears when contracted. This very thin muscle, called the levator anguli oculi medialis, doesn’t exist in wolves, which can only mean that it appeared as a byproduct of canine domestication. It happened relatively fast too, over tens of thousands of years.

“We show that, in only 33,000 y, domestication transformed the facial muscle anatomy of dogs specifically for facial communication with humans. Based on dissections of dog and wolf heads, we show that the levator anguli oculi medialis, a muscle responsible for raising the inner eyebrow intensely, is uniformly present in dogs but not in wolves,” the authors wrote in the journal PNAS.

In order to study how dogs use their extra eye muscle, the researchers exposed the participating canines to humans for a couple of minutes. Compared to wolves, the dogs raised their inner eyebrows more frequently and with greater intensity than wolves.

The extra muscle allows dogs to be more expressive, and the researchers believe that it appeared as a result of human preference for traits that facilitate eye contact between dogs and humans. In time, dogs that were more emotionally expressive were selected by humans and bred more often than less expressive dogs.

“We know that humans favor dogs that show paedomorphic (infant-like) anatomical features like a large forehead, large eyes, and so on; in studies asking people to select pictures presenting dog (or cat) faces, people prefer the faces that present paedomorphic features over others,” the authors said.

Studies have shown that when a dog makes “puppy dog eyes”, humans are more likely to desire to look after them. Shelter dogs who widen their eyes and raise their eyebrows more often are also more likely to be adopted compared to dogs that are less expressive. In other words, we’ve manipulated dogs to the point that they evolved features to our liking. But, the tables have since turned. It is now dogs who manipulate us instead, with their irresistible adorable eyes.

People smile in a number of ways and in a wide range of contexts, but according to a new study, all of them fall into one of three categories: reward, affiliation, and dominance.

A smile can change the world 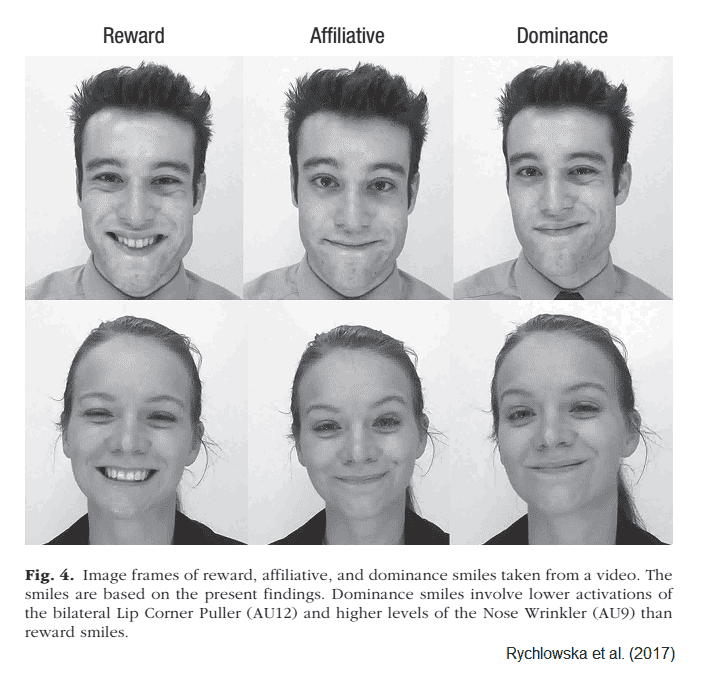 A smile is a strange thing. We do it by using our facial muscles, but more often than not, it’s more than just the mouth that smiles. A smile which doesn’t involve contracting the corners of the eyes, for instance, always looks a bit weird. It’s also not a completely involuntary reaction (like a grimace) — cross cultural studies have found significant differences in the way different cultures smile; obviously, we can also fake a smile. But no matter how people smile around the world, smiling is one of the most important social cues, and people have been doing it since forever. Actually, smiling predates the existence of modern people by quite a lot.

Primatologist Signe Preuschoft traces the smile back over 30 million years of evolution to a “fear grin” stemming from monkeys and apes. Across history, smiling evolved differently in different species, and in humans, in different cultures.

Also contrary to popular belief, smiling isn’t really a precursor for laughing — although we use it a lot when we’re amused. More than anything, smiling is used to convey social information. Sexual advertisement is one of its main functions. Every flirt starts with a smile, and smiling to someone is one of the simplest and more effective ways of telling someone you find them appealing. But a smile can do much more than that. It can show reinforcement, it can be used for manipulation, or even to mask confusion. Different people smile in a lot of different ways, but according to researchers from the University of Wisconsin-Madison, they all fall in one of three categories.

“When distinguishing among smiles, both scientists and laypeople have tended to focus on true and false smiles,” said Paula Niedenthal, a psychology professor at the University of Wisconsin-Madison.

The classical belief, she adds, is that a person smiles but isn’t happy, the smile isn’t sincere. But smiling is associated with so many emotional states, that belief is simply not true. In fact, it’s more than not true, it’s counterproductive. Believing that smiles are intrinsically linked to happiness skews our understanding of the process, and scientists want to change that idea.

Reward smiles are displayed to reward the self or other people and to communicate positive experiences or intentions… the reward smile may have evolved from the play face of primates and canids.

Affiliative smiles facilitate social bonding by communicating approachability, acknowledgment, and appeasement and thus may be functionally similar to the silent baredteeth display in chimpanzees that occurs during grooming, sexual solicitation, and submission.

Dominance smiles serve to maintain and negotiate social or moral status and are associated with superiority or pride, defiance, derision, and contempt. Unlike reward and affiliative smiles, dominance smiles are assumed to elicit negative feelings in observers. No homologous primate facial expression is known; however, some facial expressions displayed by high-status animal aggressors involve smile components.

Rather ironically, in order to understand how humans smile, researchers analyzed thousands of computer-generated expressions, involving different (random) combinations of facial muscles. They asked volunteers to say whether each was a reward or affiliative or a dominance smile, or not a smile at all. After this, researchers looked at the algorithm that generated each smile and identified the ‘recipe’ for each type of smile.

“We now know which movements we should look for when we describe smiles from real life,” said Magdalena Rychlowska from Cardiff University, who was the lead author of the study. “We can treat smiles as a set of mathematical parameters, create models of people using different types of smiles, and use them in new studies.”

It’s not the first time a trichotomy of smiles has been proposed. Some of the current authors proposed it back in 2010, but this latest work does a lot to solidify that theory. Rychlowska et al. also published a paper in 2015 discussing the “main reasons for smiling” — but that study, just like this one, had a major limitation: participants were all white, American college students, and the virtual faces were also white. But taking this into consideration, the study concludes that “results highlight the versatile nature of the human smile, which can be used for multiple social tasks, including love, sympathy, and war.” 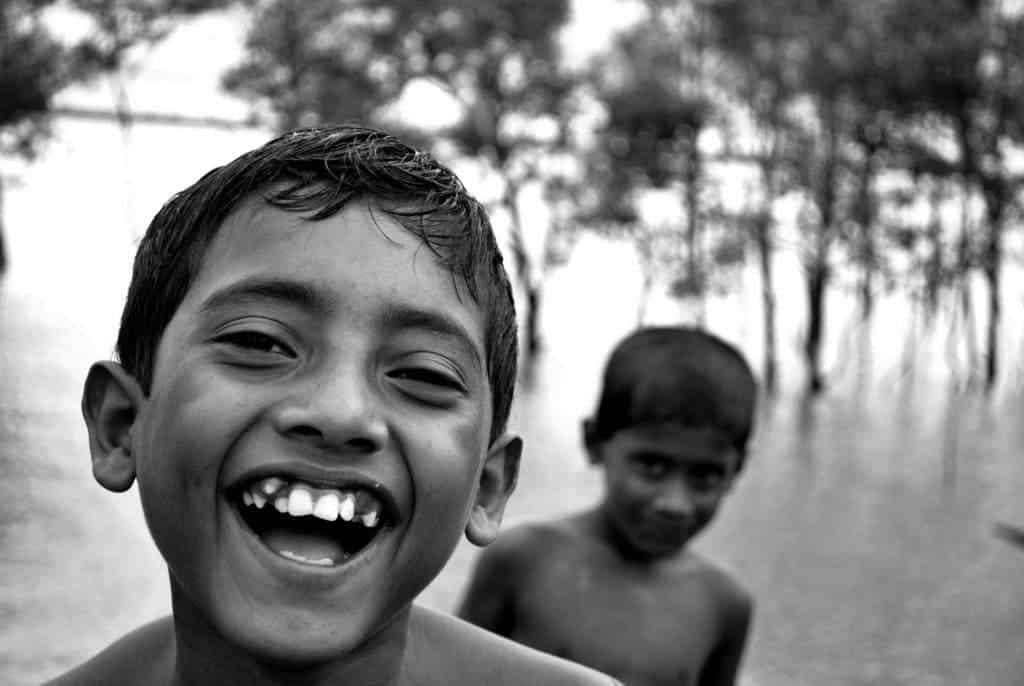 Aside from better understanding our social cues, this study can also have a more pragmatic result: it can help plastic and reconstructive surgeons better repair and reconstruct people’s face bones and muscles, making them seem more realistic.