Professor Stephen Hawking, the theoretical physicist hailed as one of the most brilliant scientists of the modern age, had genuine anxieties. Thus, intelligence does not necessarily reject fear. Hawking had one fear in particular which deserves noting, namely humanity’s encounter with advanced alien life.

Several of the late physicist’s theories have been shown to be quite accurate and are widely accepted in the scientific community. When he spoke (through his speech synthesizer) people gave ear and were attentive. Like any man, he too had his faults both public and personal. But simply because the man has passed away, does not mean we should disregard what he did and said during his time on Earth.

He made numerous predictions about the present and future problems that the human race faces, involving issues such as overpopulation and artificial intelligence. Perhaps one of his most intriguing and logically-stated beliefs was a concern for detrimental interaction between human beings and extraterrestrial beings.

Unlike astrophysicist Carl Sagan, who was rather optimistic about extraterrestrial contact, Hawking worried about the effects such contact might have on our race, even though the Professor assisted in founding projects to seek intelligent alien organisms. Some may fear aliens as they are depicted in sci-fi and horror stories: ugly creatures capable of taking over human beings and using them as their hosts.

The physical appearance of hypothetical aliens is not what alarmed Stephen Hawking. It was something a bit more sinister. In short, he apparently was cautious of entertaining alien contact because of the possibility that intelligent alien civilizations may want to dominate our race. They might do this either by enslaving people or slaughtering them, or both.

He has related these concerns publicly as early as 2010. In 2016, he speculated that if Earth received a signal of alien origins “we should be wary of answering back.” He further argued this point by employing historical references. “Meeting an advanced civilization could be like Native Americans encountering Columbus,” he said. “That didn’t turn out so well.” Sometime in the future, if we’re not cautious in the search for alien life, humans might rue ignoring Stephen Hawking’s worries about extraterrestrials. 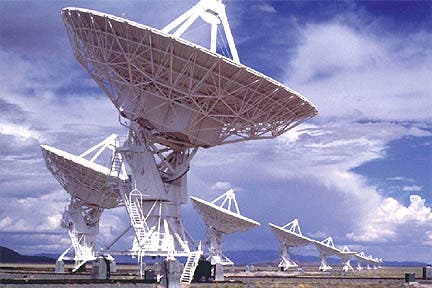 Carl Sagan must be twisting and twitching in his grave. SETI, the project which became synonymus with searching for extraterrestrial intelligent life, was unable to gether the $5 million it needed – which is just 0.0074% (!) of the United States military budget; talk about priorities…

Anyway, SETI has shut down its telescope array, which consists of 42 20-foot-wide telescopes spread across a field 300 miles north of San Francisco and was used to scan the sky for clues about extraterrestrial life, due to lack of support and funding. The US government was never a big supporter of the SETI project, and as a matter of fact, it could have never gone live without the help of Microsoft co-founder Paul Allen, who donated $25 million to the project. 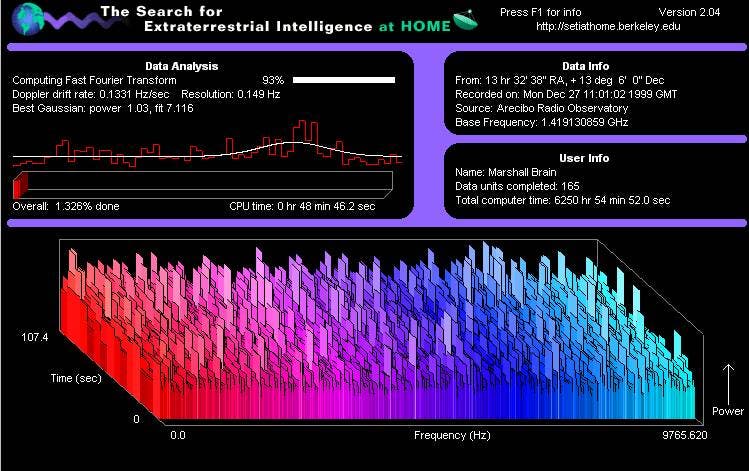 However, the state seems unable even to support such a laudable and potentially revolutionary project; now, SETI has been forced to ask for public help, in an attempt to raise the 5$ million until 2013, in the hope that it could eventually go up again; this has a chance of succeeding, given the major amount of publicity that the project has received along the years (albeit not in recent ones), and considering that thousands of users participate in SETI@home, which requires donating CPU power of your computer to help interpret the immense amount of data which the SETI telescopes receive. Now, they are asking for help again, only this time, it’s donations instead of computer power. You can make the search possible once more, and you can help to one of the most monumental projects of all time, which requires a (relatively) very small amount of money to function. Each dollar you contribute buys 4 million channels scrutiny of a single world, and one of those channels might just show clues of hidden alien life – if you ask me, that’s definitely something worth participating in. So if you want to donate to SETI, go here. If you support the project, but can’t afford to donate, then help spread the word ! SETI is in desperate need of money, and sometimes, awareness is more important than anything else.

In case you didn’t know the United Nations has appointed an ambassador for our little planet, in case aliens somehow contact us in the near future. Who was chosen for this position that could be crucial in the highly unlikely event of a discussion with aliens ? Mazlan Othman, head of the Office for Outer Space Affairs.

The Malaysian astrophysicist will discuss her duties and requirements in Buckinghamshire, England next week. Here’s what she had to say during a speech she gave to fellow scientists:

“The continued search for extraterrestrial communication, by several entities, sustains the hope that some day humankind will receive signals from extraterrestrials. When we do, we should have in place a coordinated response that takes into account all the sensitivities related to the subject. The UN is a ready-made mechanism for such coordination.”

Well congratulations to her ! She could after all, represent the entire human race in case aliens decide to have a little chit chat with us – no pressure at all. However, if we were to be contacted by aliens, it would probably be via radio or something, it’s really doubtful that they will just park here and come out for a talk.