Climate change denial comes in various stages and varieties. Some bury their heads in the sand and deny anything is happening, some take it a step further and call it a ‘Chinese hoax’, and some acknowledge that the climate is shifting but it’s all due to natural variability. We’re too small, too insignificant — a drop in the ocean — to alter the planet, the rhetoric goes. That’s an odd thing to say when humans have totally altered the planet’s environment, so much so that we’re officially in the Anthropocene. There are only a couple of virgin forests left in the world and some of our cities stretch for hundreds of square miles.

It’s true, however, that natural forces like the variability of the Earth’s climate system or that of the sun have an influence on shifting climates, but scientists agree that human activity is the main driver for the major shifts in the climate we see all over the world. Just how much influence wasn’t always clear, however, but we may now have an official figure. According to an international team of researchers who developed a new equation, human activity is driving climate change 170 times faster than natural forces.

In their paper, they write that for the past 4.5 billion years since our planet has been in existence,  astronomical and geophysical factors have been the dominating influences on the Earth system. In the past few decades alone, however,  humans “have driven exceptionally rapid rates of change in the Earth system,” the authors write in The Anthropocene Review.

“Over the past 7,000 years the primary forces driving change have been astronomical – changes in solar intensity and subtle changes in orbital parameters, along with a few volcanoes. They have driven a rate of change of 0.01 degrees Celsius per century,” said Professor Steffen, from the Fenner School of Environment and Society and the Climate Change Institute at the Australian National University (ANU).

“Human-caused greenhouse gas emissions over the past 45 years have increased the rate of temperature rise to 1.7 degrees Celsius per century, dwarfing the natural background rate.”

To determine the impact humans have on Earth’s system, Steffen and Owen Gaffney, from the Stockholm Resilience Centre, devised the “Anthropocene Equation.” Its final form is simple but it took into account rate of changes in the atmosphere, oceans, forests and wetlands, waterways and ice sheets, and biodiversity.

“The human magnitude of climate change looks more like a meteorite strike than a gradual change.”

“This is a bold statement. But viewed this way, arguments about humans versus natural causes disappear. In 2016, Earth experienced a massive El Niño event affecting the global climate. But this is balanced by the cooler La Niña – taken together, the net rate of change of the Earth system resulting from these is zero over a decade or so,” Gaffney explained in a blog post for New Scientist.

“While the rate of change of the Earth system needs to drop to zero as soon as possible, the next few years may determine the trajectory for millennia. Yet the dominant neoliberal economic systems still assume Holocene-like boundary conditions – endless resources on an infinite planet. Instead, we need “biosphere positive” Anthropocene economics, where economic development stores carbon not releases it, enhances biodiversity not destroys it and purifies waters and soils not pollutes them,” he added.

This may not be the final word, but the order of magnitude seems right considering average CO2 levels crossed the 400ppm threshold — the highest it’s been in 66 million years; only 150 years ago it was 280ppm. It’s a useful thing to have, nevertheless, so people can have a sense of the kind of impact we’re having on the Earth climate system.

“It shows that while other forces operate over millions of years, we as humans are having an impact at the same strength as the many of these other forces, but in the timeframe of just a couple of centuries,” said Steffen.

The researchers note that human societies need to transition to a carbon-neutral future if we’re to avert a potential total collapse of human civilization. There is still time but it’s running out fast.

The happiness of over 18.000 people all around the world has been successfully predicted (to some extent) by a mathematical equation. 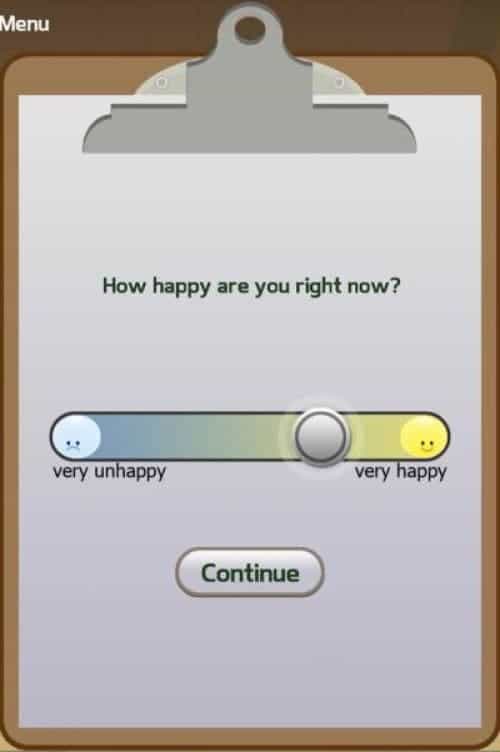 UCL (University College London) researchers showed that moment-to-moment happiness reflects not just how well things are going, but whether or not things are going better than expected, and this is key for happiness. The new equation accurately predicts how happy people will be based on recent events and their reactions to those events. The first thing which scientists concluded is that wealth is a lousy predictor of happiness.

It is clear that life events affect an individual’s happiness but how could you predict how happy people are going to be based on just past events? After all, they will make decisions and receive outcomes (positive or negative) based on those decisions. This is exactly what the new study published in Proceedings of the National Academy of Sciences describes. Scientists hope that understanding how people change their mental state in regards to events in their life can be very important not only to improve life quality, but also in predicting and treating ailments such as depression or mood swings.

For the study, 26 subjects completed a decision-making task in which their choices led to monetary gains and losses. Throughout the study, they were constantly asked “how happy are you now?”. Their brain response was also constantly monitored with a functional MRI. After this, scientists built a computational model in which self-reported happiness was related to recent rewards and expectations. The model was then tested on 18,420 participants in the game ‘What makes me happy?’ in a smartphone app developed at UCL called ‘The Great Brain Experiment‘. Interestingly enough, scientists found that the same equation they used for the original 26 subjects could be successfully used to predict how happy game users will be – even if they won just points, and not real money.

“We expected to see that recent rewards would affect moment-to-moment happiness but were surprised to find just how important expectations are in determining happiness. In real-world situations, the rewards associated with life decisions such as starting a new job or getting married are often not realised for a long time, and our results suggest expectations related to these decisions, good and bad, have a big effect on happiness.”

He declared that he was surprised to see just how well the equation functions. He explains that your expected outcomes heavily impact your state of mind.

Neil deGrasse is definitely one of my heroes, and the simplicity through which he manages to explain even the most complicated things is absolutely amazing. After the symphony of science, here’s him in a short video talking about what is perhaps the most important equation to date.