Alcohol is generally regarded as unhealthy, with a myriad of long-term negative effects and even short term negative effects. But there are still many things we don’t understand about how alcohol interacts with out bodies. For example, a 2011 Texas research found that alcohol consumption helps some areas of our brain remember better, while a 2005 study showed that moderate alcohol consumption lowers the risk of type 2 diabetes. Now, a new study suggests that low or moderate alcohol consumption is correlated with higher episodic memory and larger hippocampal brain volume. 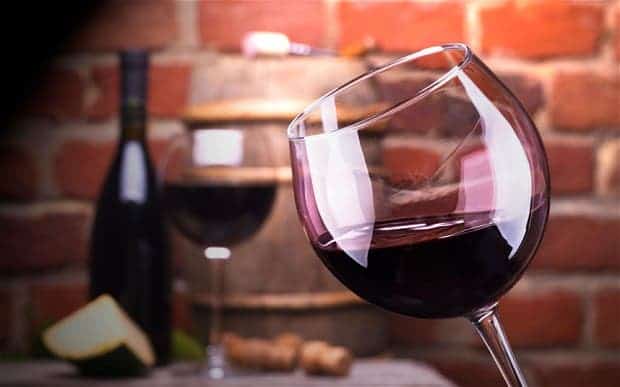 A glass of wine may do wonders for your health – but more will certainly harm it. Image via The Telegraph.

“The findings from this study provide new evidence that hippocampal volume may contribute to the observed differences in episodic memory among older adults and late life alcohol consumption status”, authors write in the study.

Now, let’s just settle one thing right off the bat – correlation does not imply causation. The fact that alcohol consumption is correlated with better episodic memory doesn’t mean that the alcohol is the cause here. This being said, previous studies conducted on animals have also suggested that moderate alcohol consumption could promote generation of new nerve cells in the hippocampus. The hippocampus one of the crucial parts of the brain, responsible for storing memory and navigating through space. While it’s pretty clear that the hippocampus is involved in many other things, it’s still not clear what those things are. What is clear is that during Alzheimer’s disease, this is the area which suffers the most damage.

Now, this study has found not only that light consumption of alcohol is not detrimental, but that it can in fact help your brain.

“There were no significant differences in cognitive functioning and regional brain volumes during late life according to reported midlife alcohol consumption status,” said lead author Brian Downer. “This may be due to the fact that adults who are able to continue consuming alcohol into old age are healthier, and therefore have higher cognition and larger regional brain volumes, than people who had to decrease their alcohol consumption due to unfavourable health outcomes.”

What is important to keep in mind here is that while low alcohol consumption may have some benefits, extended periods of abusing alcohol is well known to cause damage to the brain. So, to sum it up, no one is saying “Don’t drink alcohol at all” – it’s just that if you want to drink, one or two glasses is more than enough.