That guy who says he has ADHD and can’t stay still in lecture? He’ll probably make a great entrepreneur when college is over, a new study has found. The disorder’s associated traits seem to foster entrepreneurship, making people more willing to embrace new experiences and demonstrate passion and persistence in their work. 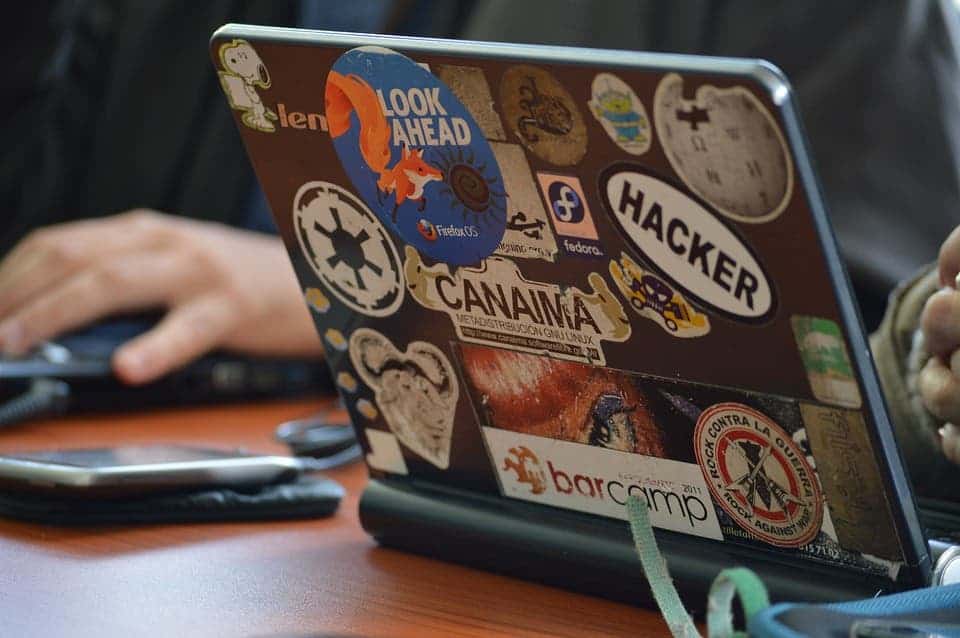 ADHD gets a lot of bad rep, being associated with hyperactivity, poor concentration, and impulsive behavior. And overall, it’s a disorder that’s viewed as having a negative impact on someone’s performance, be it academic or in the workplace. So why then do successful entrepreneurs often exhibit this disorder?

“We noticed sometime that some symptoms of ADHD resemble behaviors commonly associated with entrepreneurship — in a positive sense,” says Prof. Holger Patzelt of the Entrepreneurship Research Institute at the Technical University of Munich (TUM).

Working together with Professor Johan Wiklund at the Syracuse University Dimo Dimov at the University of Bath, Patzelt surveyed 14 self-employed people diagnosed with ADHD about their diagnoses, career path, and personal background. Their study shows that central traits of ADHD have had a decisive role to play in the subjects’ decision to go into business as well as their approach to entrepreneurship.

First on the list is impulsiveness. People with ADHD are notorious for their short attention span and patience, and several of the participants listed boredom as a big factor in their decision to self-employ — as it allowed them to pursue their own ideas whenever they desired. One woman said that running her own company has allowed her to introduce 250 new products in just a few years. Many participants also reported being at ease, even stimulated, by situations that others would find stressful, such as meetings with important customers.

“Their impulsiveness, resulting from ADHD, gives them the advantage of being able to act under unforeseen circumstances without falling into anxiety and paralysis,” says Patzelt.

Most of the subjects also reported they often act without thinking of the consequences, relying on intuition even for choices that have far-reaching effects. One participant described how he found out a friend was retiring and deciding to buy his company over the course of a single lunch. Others say they make investments with no strategy and are willing to commit large sums of money on projects with highly uncertain outcomes. Some say that this kind of quick decision making is key to staying productive, and are willing to suffer some setbacks from time to time — others have difficulty coping with structured activities.

This willingness to try new things and take risks is “an important entrepreneurial trait,” Parzelt says. However, he notes that these impulsive actions led to success only when they focused on activities essential to the development of the respondents’ businesses. 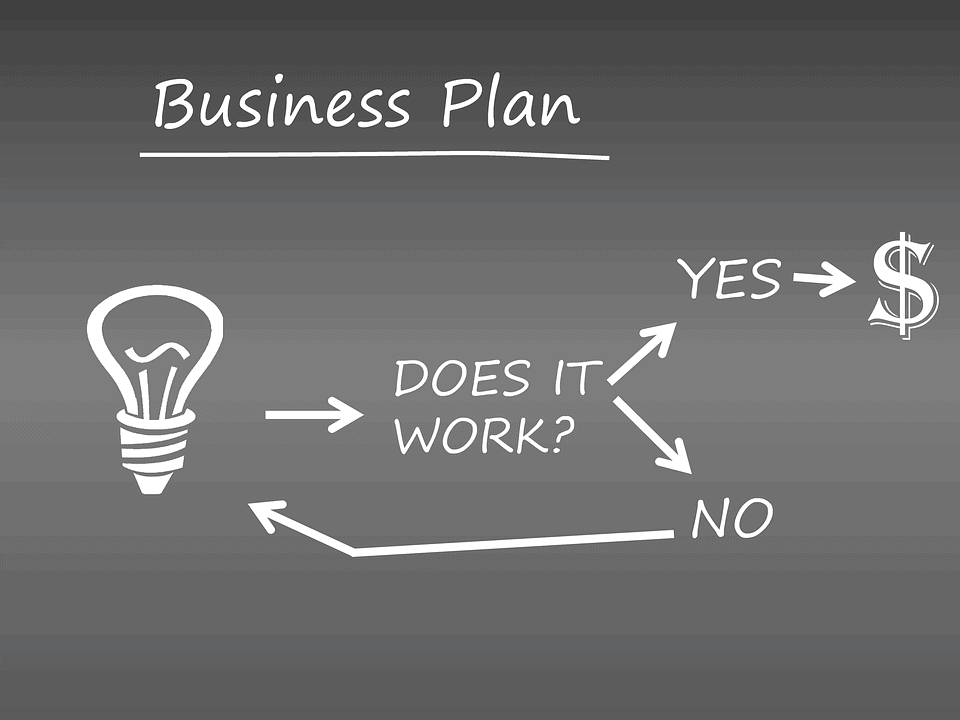 But it does come with a drawback, too. All participants mentioned they have problems with routine tasks such as bookkeeping.

If they develop a strong interest in a task or subject, people with ADHD can sometimes pursue it with an incredible level of single-mindedness, know as hyperfocus. One of the subjects said he often becomes completely absorbed in his work — crafting customer solutions. Another said he keeps up with new technologies in his field to such an extent that he is now often contacted as an expert on the subject.

Many of the respondents also said they work day and night without taking time off. This could come down to their hyperfocus, but can also be explained through the physical restlessness associated with ADHD. Because their energy levels can fluctuate wildly throughout the day, a self-employment model works for better for those with ADHD than traditional nine to fives, allowing them to set their own hours of work.

“ADHD was a key factor in their decision to go into business for themselves and decisively impacted important entrepreneurial traits: risk taking, passion, persistence and time commitment,” Patzelt concludes.

“Impulsiveness has a special role to play. For People with ADHD it is okay to make intuitive decisions even if the results are bad. With their passion and persistence, and the expertise they acquire as a result, entrepreneurs can gain a substantial competitive advantage.”

Roughly one-third of those surveyed either had little success in their business ventures or had them fail completely. Still, Patzelt believes his findings warrant a reassessment of our assumptions about entrepreneurship.

“The way we evaluate entrepreneurial decisions is largely based on rationality and good outcomes. In view of the multitude of uncertainties, however, can such decisions always be rational? People with ADHD show us a different logic that is perhaps better suited to entrepreneurship.”

The full paper “Entrepreneurship and psychological disorders: How ADHD can be productively harnessed” has been published in the Journal of Business Venturing Insights. 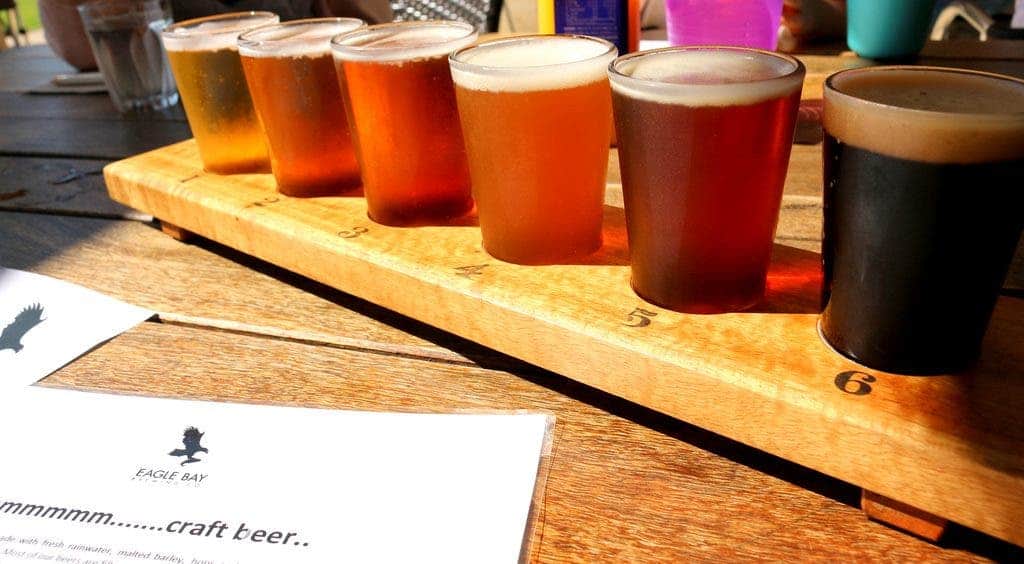 Craft beer is very popular among Millennials, but a hops shortage driven by climate change will challenge entrepreneurs to think outside the box. Credit: Flickr // Tama Leaver

A hot topic for a reason, global warming and climate change will play a major role in the entrepreneurial future of aspiring business Millennials. With these threats opposing the creation of new business ideas, many young entrepreneurs may need to look past simply doing social good and also look toward adapting how people eat and drink.

One sector that affects many different business industries around the globe is agriculture, with our food system being responsible for 33 percent of all global warming. That being said, even though it accounts for one third of all emissions, farmers still can’t seem to be able to produce enough to satiate growing demands for grain and raw materials. A study by the Global Institute of Sustainability of Anglia Ruskin University, stated that the cost of food will likely be four times higher by 2040 than it is today – if changes aren’t made.

So how does that affect millennial entrepreneurs?

Well, consider that in just America alone, the craft beer market has grown exponentially over the past five years. In 2014, there were around 3,500 craft breweries in the US, reaching a double-digit share of the market for the first time and ballooning into a $22 billion dollar industry. This is largely due to the fact that consumers (namely millennial consumers) have moved away from big-name beer brands like Miller and Budweiser in search of more locally sourced options.

But when you consider the threats that a changing climate brings to the table as well as a situation that has already produced a shortage of hops (which also means a higher price tag, something consumers might not be willing to pay for), the huge dollar signs the aspiring brewer sees on the market right now could hit a hard and swift decline over the next five years.

Contrarily so, locally sourced options in the restaurant spectrum that have sparked the growth of ‘farm-to-table’ venues tend to lean towards the positive – specifically when discussing CO2 emission reduction. The aforementioned statistics accounting for one-third of global warming is largely in relation to food transport.

A 2010 study done by the UK project ‘Making Local Food Work,’ found that businesses, producers, sellers and all other individuals involved in the food chain transition for locally sourced ingredients, the number of CO2 emissions could not only be reduced, but could also, in turn, create more self-sustaining and economically viable communities.

What should be done when considering a future business venture?

For the aspiring entrepreneur, it’s best to keep in mind the future isn’t certain. Climate change is a real factor that will affect how you formulate and do business. It’s also important to recognize that perhaps not all trends in the market are sustainable over the long term, especially if the shortages in hops continues, as well as droughts in various parts of the world.

Additionally, the millennial entrepreneurs will need to always be open to innovation and adaptation to provide solutions that are profitable but at the same time, undamaging. For example, the Colorado Farm and Food Alliance met this year to discuss policy and action in how best to tackle local problems within the community in regards to sustainable food and climate change. Taking action of some kind is the first step to discovering a new entrepreneurial path that works together with the critical role of this generation in climate change progress, highlighted at the COP21 in November 2015.

Stop for a moment and think about the traditional image of a US innovator. He’s probably a brilliant college drop-out who doesn’t want to be constrained by the system so he sets out and does his own thing, changing the world and making lots of money in the process. Bill Gates, Steve Jobs, Mark Zuckerberg, they all kind of fit the profile, and that’s the kind of image most often promoted. However, according to a new study, that’s not really the case: instead, the biggest innovators are well-educated immigrants.

More than one-third – or 35.5 percent – of U.S. innovators through STEM (science, technology, engineering and math) were born outside the country, claims a report from Washington think tank Information Technology and Innovation Foundation (ITIF). The median age of these innovators is 47, debunking another common belief about American innovators.

“The idea that these guys just drop out of college and do amazing things in their 20s – that’s really not the norm,” says ITIF President and report co-author Robert Atkinson in an interview, citing that nearly 60 percent had a Ph.D. in one of the four fields.

There’s another recurring common trait between tech innovators: education. As mentioned above, 60% of all innovators have a PhD, and almost all of them have higher studies (80%).

“People may think technological innovation is driven by precocious college dropouts at startup companies, like Bill Gates and Mark Zuckerberg,” Adams Nager, ITIF economic policy analyst and the study’s lead author, said in a statement. “In reality, America’s innovators are far more likely to be immigrants with advanced degrees who have paid their dues through years of work in large companies.”

This study comes on the back of a very heated anti-immigration discussion in the US and in Western Europe. Especially in the US, Republican presidential candidates Donald Trump and Ted Cruz have demonized immigrants as one of the biggest problems in the country, but this study goes to show that this is not nearly the case. Immigrants are a key component of the driving force that represents the American dream: innovation and entrepreneurship.

The study also highlighted some worrying differences in the demographics of innovators. Women represented a mere 11.7 percent of US innovators and US-born minorities only made up 8 percent. Blacks made up just 0.5 percent of US-born innovators. It’s no surprise that Silicon Valley has a diversity gap, but it’s shocking just how big this gap is.

You can read the entire study here.