Training hard and fast could help release those sweet endorphins.

A PET neuroimaging study showed that exercise-induced endorphin release in the brain depends on the intensity of the training. HIIT, an intense training system which has recently grown in popularity, seems to encourage the brain to produce more endorphins than slower, more sustained routines. The production of endorphins could not only alleviate HIIT stress, but it could positively affect the motivation and maintenance of physical activity.

“Our results highlight that exercise intensity affects endorphin release and that the brain opioid system is involved in both positive and negative feelings caused by physical exercise performed at different intensities,” says Doctoral Candidate Tiina Saanijoki from Turku PET Centre.

HIIT is a form of interval training which involves alternating short periods of intense anaerobic exercise with less intense recovery periods. In HIIT, there’s no fixed session duration — you perform a short burst of high-intensity (or max-intensity) exercise and then you follow with a brief low-intensity activity, repeatedly, until you’re too exhausted to continue. Compared to other forms of training, it is probably not as good at treating obesity or improving muscle and bone mass, but it produces significant reductions in the fat mass of the whole body. The problem with HIIT is that since by definition it is exhausting, it requires a lot of motivation, and researchers have questioned whether people can stick to these programs. This is where this study kicks in.

Endorphins weren’t produced as much in regular aerobic exercises. In order to show this, researchers carried out positron emission tomography (PET) scans of participants. In PET scans, participants are injected with a mildly radioactive compound which binds to their brain’s opioid receptors. The process is harmless and allows researchers to map this radioactivity in the brain — in this case, studying the production of endorphins.

Example of a whole-body PET scan (not from this study). Image credits: Jens Maus.

“Exercise-induced endorphin release may be an important mechanism which supports exercise motivation and maintenance of regular exercise. At moderate training intensities, the pleasurable sensations caused by the possible release of endorphins may promote habitual exercise. At very high exercise intensities the release of endorphins appears to be linked to increased negative feelings and pain, and may be needed to manage the emotionally and physically demanding challenge. However, such negative feelings may discourage further exercise. Exercise intensity should be taken into account when starting new exercise routines,” explains Saanijoki.

The feel-good, floating sensation people get after a good run is analogous to smoking pot. Researchers came to the conclusion after they found mice released chemicals in the brain that bind to the same brain receptors which are triggered when one smokes the herb. The practical implications of the research are limited, but they do seem to suggest that evolution fostered running otherwise it wouldn’t have been this pleasurable. 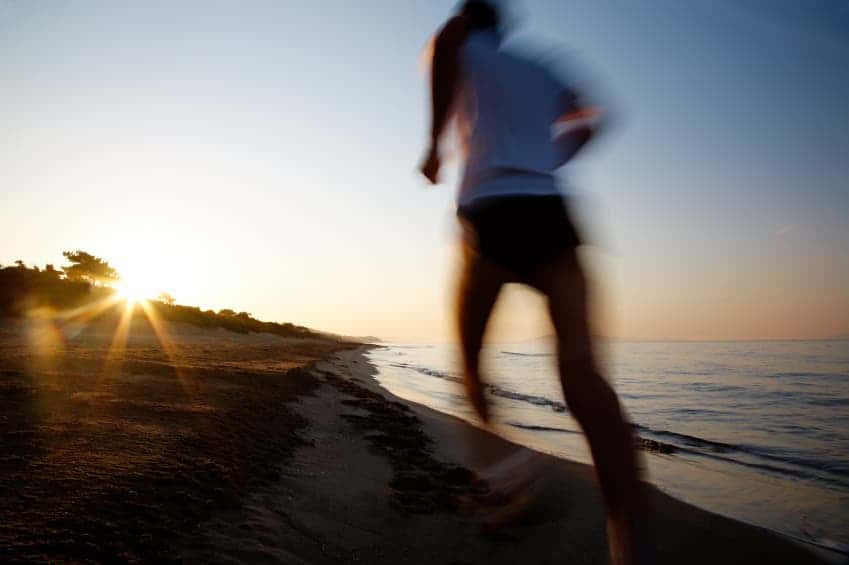 But, wait aren’t endorphins what cause runner’s high? That’s what the prevailing thinking was since the 1980s when it was proven that exercise causes higher blood levels, which in turn cause physical discomfort. At the same time, the body also releases endorphins which are opiates, hence act as analgesics with effects similar to getting a shot of morphine. So, scientists thought that endorphins are the main chemicals that lead to the  positive and energizing outlook on life one gets after an exhausting run.

Some weren’t convinced, though. The endorphin molecule is big, and while it certainly helps locally by relaxing muscles, it’s quite unlikely that it can pass the blood-brain barrier and bind to the key receptors in the brain, so you shouldn’t feel high from it. Previous studies that closely investigated runner’s high found high levels of endocannabinoids – naturally occurring cannabis molecules – in the blood of humans and animals, making them a more likely candidate.

Researchers at the Central Institute of Mental Health at the University of Heidelberg medical school in Mannheim, Germany put the hypothesis to the test. They rounded up healthy mice for a set of experiments. First, the mice were placed in partially lit cages, with dark patches here and there to test for anxiety. An anxious mouse prefers to linger in the shadows. This assessment would prove to be very important.

The mice were then let to run freely on wheels, which they particularly enjoy to do since the researchers didn’t have to go to any effort to convince the rodents. Following the run, the animals were observed to be more tranquil, lingered more in the light – something which anxious mice wouldn’t have done normally – and were more tolerant to physical discomfort. When blood samples were collected, elevated levels of both endorphins and endocannabinoids were found. So, which of the two were making the mouse chill? Maybe both. To find out, the researchers used drugs that block the endorphin receptors in the brain, while leaving the endocannabinoid system intact. No change in behavior post running was registered. When the procedure was made in reverse, however – that is, when the endocannabinoid receptors were blocked – the mice proved anxious and were sensitive to pain. All this seems to suggest that cannabinoids and not, in fact, endorphins are responsible for the runner’s high as reported in PNAS.

Lead researcher David Raichlen of the University of Arizona said:

‘Maybe runner’s high is not some peculiar thing with humans. Maybe it’s an evolutionary payoff for doing something hard and painful that also helps them survive better, be healthier, hunt better or have more offspring.’