The space shuttle Endeavor is currently retired, being displayed for everyone to see at the California Science Center. But that doesn’t mean that its contributions to NASA’s space program are over. NASA engineers will remove four tanks from the shuttle and use them for water storage aboard the International Space Station (ISS).

Endeavor is the fifth and final operational shuttle built. It embarked on its first mission in May 1992 and retired in May 2011, after 25 successful flights to the International Space Station.

After its decommissioning, Endeavour’s Canadarm (formally the ‘Shuttle Remote Manipulator System’) was removed in order to be sent to the Canadian Space Agency’s John H. Chapman Space Centre in Longueuil, Quebec, a suburb of Montreal, where it was to be placed on display. Now, Endeavor was called to serve again. 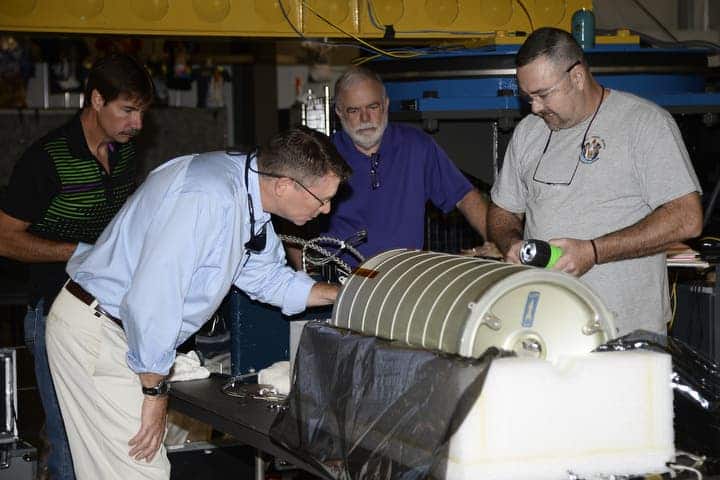 The tanks weigh 40 pounds (18 kilograms) empty, and they were placed deep inside the orbiter, so the museum visitors won’t even notice a difference.

Nobody was really expecting something else to be needed from the shuttle. Science Center president Jeff Rudolph said:

“It wasn’t part of the deal, but we’re always happy to work with NASA,” he said. “The concept of taking something from an old shuttle and making it available for use in space is something that we think is great.”