In a speech that was streamed live from SpaceX’s launch facility in Texas, Elon Musk unveiled the spacecraft that he hopes will make space travel a common affair.

This Saturday, Musk presented SpaceX’s Starship Mk.1, a prototype of the company’s towering reusable rocket, reports Business Insider. He spoke from a stage clad in a shiny metal fuselage. The craft is intended for reusable space missions where it will launch, take people to Mars, the Moon, or anywhere else in the solar system they need to go, and then land back on Earth.

The new version of Starship (and its Super Heavy booster) will be able to carry up to 100 people at a time, stand 387 feet (118 meters) tall, and be completely reusable, with quick turnarounds. This is the rocket that will launch billionaire Japanese entrepreneur Yusaku Maezawa and a handful of artists on a trip around the moon in the 2020s.

“This is, I think, the most inspiring thing I have ever seen,” Musk told a crowd of about 200 SpaceX employees, guests, and reporters at the company’s site near Boca Chica Village, which is located just outside of Brownsville, Texas.

Musk says this reusability is essential in order to increase humanity’s presence outside of Earth. The ship, he explains, is scheduled to take its maiden flight in about one or two months and reach 65,000 feet (19,800 meters) before landing back on Earth. Musk also adds that it’s important for humanity to work and extend consciousness beyond our planet — a nice way of saying ‘colonize space’.

“Starship will allow us to inhabit other worlds,” Musk wrote on Twitter Friday, Sept. 27.

“To make life as we know it interplanetary.”

The livestream was held to mark the 11th anniversary of a SpaceX rocket reaching orbit for the first time.

Musk plans to combat the rise of dangerous AI with Neuralink, a brain-computer interface which would allow us to keep tabs on the systems and prevent them from “becoming other”, he said.

About one month ago, billionaire Elon Musk revealed his latest venture, Neuralink, in an interview with Wait But Why. In the short term, its aim will be to develop and market a device that can help those with severe brain injuries communicate and interact with the world around them through the use of computers. In the long term, they hope the tech will enable people to communicate by “consensual telepathy” and effectively turn cloud-based AI into an extension of the human brain.

There’s a sleuth of reasons why we’d want this — primarily because telepathy is freaking cool. Then there’s the more boring stuff such as improved communication and connectivity, faster exchange of ideas, easier pooling of knowledge for research, understanding your fellow man, things like that. But!

Good ol’ Musk may have another, more long-term goal in mind for Neuralink. Responding to a Tweet on Sunday, the entrepreneur revealed that “the aspiration” behind the new company is to protect humanity from homicidal AIs by putting the reigns firmly in our brains.

That is the aspiration: to avoid AI becoming other.

On the off chance you don’t know what Skynet is, shame on you. It’s the name of a fictional, self-aware AI system in the “Terminator” series of movies, which saw humanity as a threat and tried his best to wipe us out. In his interview with WBW, Musk said Neuralink’s goal is to build “micron-sized devices” to mediate human-machine interfaces at all times. Not only will this let us keep AIs under control, it should also allow us to communicate in what essentially is machine-powered telepathy, unshackling communications from the constraints or words and the act of talking.

“If I were to communicate a concept to you, you would essentially engage in consensual telepathy. You wouldn’t need to verbalize unless you want to add a little flair to the conversation or something,” he says “[…] but the conversation would be conceptual interaction on a level that’s difficult to conceive of right now.”

Technology entrepreneur Elon Musk plans to get the first humans to land on Mars by 2025, and is really excited about the prospect of establishing a colony there. Pioneering a new planet isn’t going to be a walk in the park, he warns. Colonists will face harsh conditions, isolation, even death. 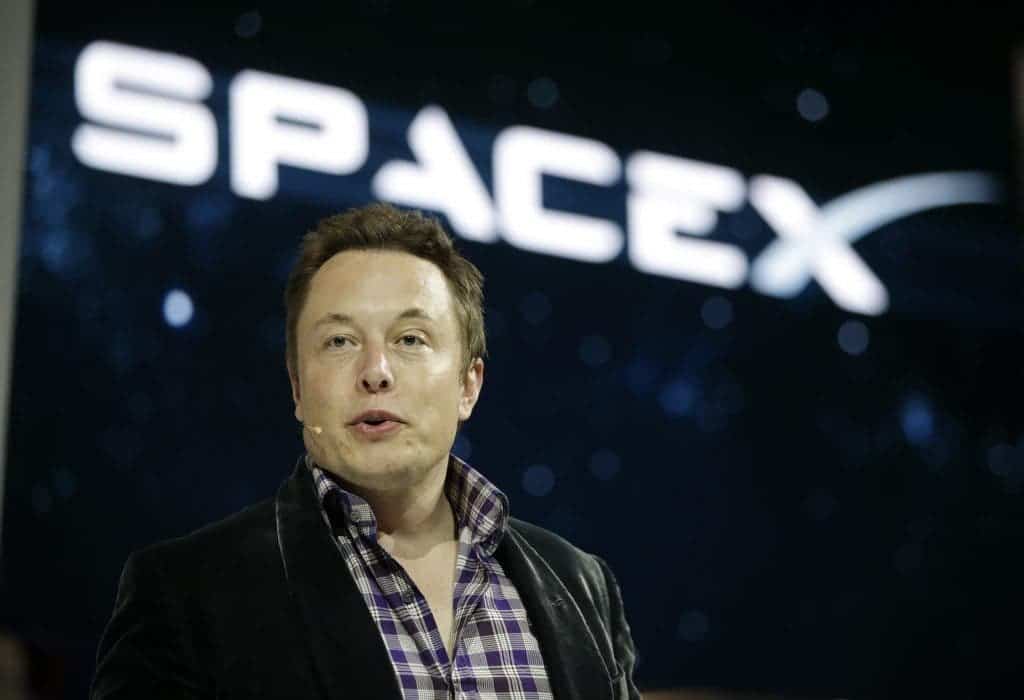 “It’s dangerous and probably people will die – and they’ll know that. And then they’ll pave the way, and ultimately it will be very safe to go to Mars, and it will be very comfortable. But that will be many years in the future,” Musk told the Washington Post detailing his Mission to Mars.

Musk’s SpaceX is making history under our very eyes. The company has been at the forefront of space transportation for quite some time now, designing and building the first re-usable deep space rocket, the Falcon 9 (you can read all about the project’s ups and downs here.)

Musk received official approval from NASA to sent US astronauts to the International Space Station (ISS) starting from 2017, and currently has an ongoing US$2.6bn contract with NASA to routinely transport cargo to and from the ISS.

But the entrepreneur’s real goal is Mars. SpaceX plans to send regular unmanned spacecraft missions to the red planet starting 2018 to gather data about descending and landing on Mars for human missions in the future. The missions will take place every two years when Mars’ and Earth’s orbits bring the planets to their closest points.

“Essentially what we’re saying is we’re establishing a cargo route to Mars. It’s a regular cargo route. You can count on it. It’s going to happen every 26 months. Like a train leaving the station,” he said.

“And if scientists around the world know that they can count on that, and it’s going to be inexpensive, relatively speaking compared to anything in the past, then they will plan accordingly and come up with a lot of great experiments.”

The missions will also test if these autonomous crafts are safe enough for humans, the first manned missions will take place in 2025. But even at their closest, the two planets are still separated by 140 million miles of empty space, and it will take months for the ships to make the journey.

Musk admits the journey will likely be “hard, risky, dangerous, difficult” for the first pioneers who leave Earth. He points out however that they will be no different to the British who chose to travel across the sea to colonize the Americas in the 1600s.

“Just as with the establishment of the English colonies, there are people who love that,” he concluded

“They want to be the pioneers.”