A new study reports on the use of CRISPR-Cas9 to create albino brown anole lizards (A. sagrei). No other team has successfully applied gene-editing techniques to reptiles. The study also shows that the gene-edited lizards can also pass the modified genes for albinism to their offspring.

“For quite some time we’ve been wrestling with how to modify reptile genomes and manipulate genes in reptiles, but we’ve been stuck in the mode of how gene editing is being done in the major model systems,” says corresponding author Doug Menke, an associate professor at the University of Georgia.

“We wanted to explore anole lizards to study the evolution of gene regulation, since they’ve experienced a series of speciation events on Caribbean islands, much like Darwin’s finches of the Galapagos.”

In most model species (such as lab rats, for example) CRISPR-Cas9 is employed by injecting gene-editing vectors into freshly fertilized eggs or single-cell zygotes (i.e. after fertilization). However, this approach can’t be used on reptiles, as they employ an internal fertilization process making it hard to predict when an egg becomes fertilized. It’s also hard to isolate a single-celled embryo from momma lizard, which means we can’t transfer it out into a lab dish and work on it.

Menke and his team, however, noticed that the transparent membrane over the species’ ovary allowed them to track all of the developing eggs, including which eggs were going to be ovulated and fertilized next. They then decided to inject the CRISPR elements into unfertilized eggs within the ovaries.

“Because we are injecting unfertilized eggs, we thought that we would only be able to perform gene editing on the alleles inherited from the mother. Paternal DNA isn’t in these unfertilized oocytes,” Menke says.

He explains that it took three months for the lizards to hatch, and says that the procedure is “a bit like slow-motion gene editing”. By the end, the researchers found that about 6% to 9% of the oocytes, depending on their size, produced offspring with gene-editing events. Around half of the edited lizards held modified genes from both parents. The findings indicate that the CRISPR components remain active for several days, or even weeks, within the unfertilized eggs.

In some other model animals, CRISPR-Cas can have efficiencies up to 80% or higher, which would make the present 6% seem like a paltry amount, Menke explains.

“But no one has been able to do these sorts of manipulations in any reptile before,” he says. “There’s not a large community of developmental geneticists that are studying reptiles, so we’re hoping to tap into exciting functional biology that has been unexplored.”

The team decided to use albinism genes for the study because they result in an obvious physical trait (loss of pigmentation) without being lethal to the animal. Secondly, they wanted to use the lizards as a model to study how the loss of pigmentation impacts retina development, as humans with albinism often have vision problems. The anole lizards are ideally suited for this: their eyes have a fovea, a pit-like structure in the retina that underpins high-acuity vision, which humans share, but most of our main animal models lack.

Ultimately, this gene-editing technique could be translated for use in other animals, Menke adds.

“We never know where the next major insights are going to come from, and if we can’t even study how genes work in a huge group of animals, then there’s no way to know if we’ve explored everything there is to explore in the realm of gene function in animals,” Menke says.

“Each species undoubtedly has things to tell us, if we take the time to develop the methods to perform gene editing.”

The paper “CRISPR-Cas9 Gene Editing in Lizards through Microinjection of Unfertilized Oocytes” has been published in the journal Cell Reports.

An international research effort to construct the first fully synthetic yeast is well under way. The scientists have fully designed the fungus’ genome and have already built five of its final sixteen chromosomes — planning to have the rest completed by the end of the year. 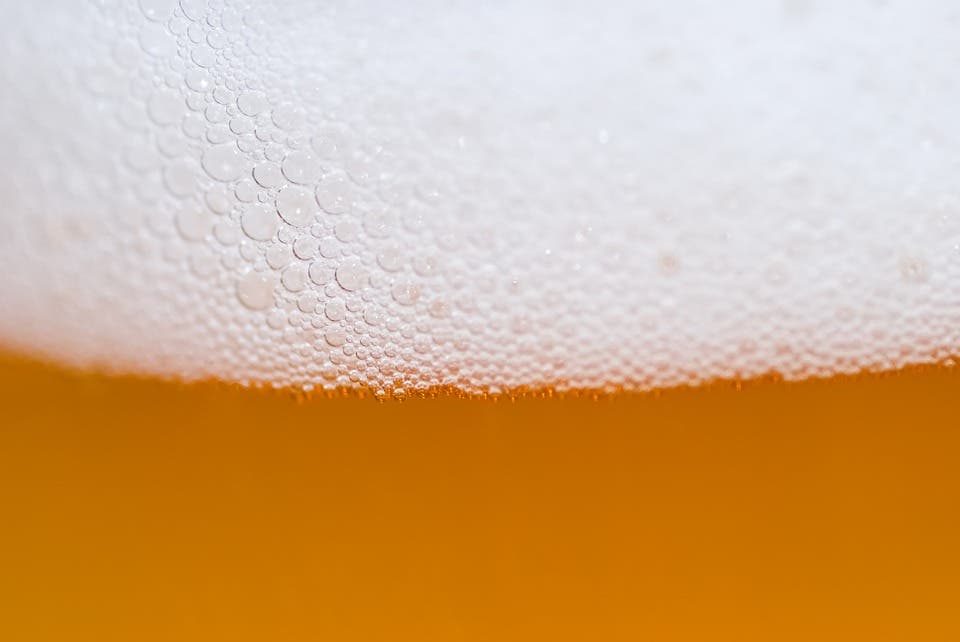 Yeast has to be humanity’s favorite fungus. Sure, other shrooms taste better in a saute or make for a much more entertaining way to spend some free time, but yeast has been by our side since times immemorial. Whenever we’ve needed something fermented, yeast had our back. Without it, there would be no alcohol, no bread, no fish sauce!

Since modern industries need to ferment more stuff much faster and into a more varied range of end products than ever before (think biofuels, insulin, antibiotics, THC), scientists have spent the last two decades sequencing yeast genome to produce different strains useful for all these products. That still leaves us limited by much of the yeast’s genome, however, which nature sadly didn’t design for industrial applications — but not for long.

Led by NYU Langone geneticist Jef Boeke, PhD, and a team of more than 200 authors, the Synthetic Yeast Project (Sc2.0) has designed a full genome for a functioning synthetic version of Baker’s yeast (S. cerevisiae). The latest issue of seven papers coming from the group shows that they’ve successfully constructed almost one third of this genome — 5 out of 16 chromosomes. They plan to have the rest ready by the end of the year. The new round of papers consists of an overview paper and five individual ones describing the first assembly of synthetic yeast chromosomes synII, synV, synVI, synX, and synXII. A seventh paper provides a first look at the 3D structures of synthetic chromosomes in the cell nucleus.

“This work sets the stage for completion of designer, synthetic genomes to address unmet needs in medicine and industry,” says Boeke, director of NYU Langone’s Institute for Systems Genetics.

“Beyond any one application, the papers confirm that newly created systems and software can answer basic questions about the nature of genetic machinery by reprogramming chromosomes in living cells.”

Learning the A’s and C’s

Apart from the immediate utility of having a tailorable yeast strain to apply in industry, Baker’s yeast was selected because of it’s relative simplicity and similarity to human cells. Sc2.0’s researchers are akin to a group of genetic programmers — they add or remove parts of DNA from chromosomes to dictate new function or prevent diseases or weakness to various factors. It makes sense to start with a simple ‘program’ until you learn the basics, which you can then apply to more complex systems.

Three years ago, Sc2.0 successfully assembled the first synthetic chromosome (chromosome 3 or synIII) out of 272,871 base pairs — the blocks which make up DNA. This process starts with the researchers screening libraries of yeast strains to find which genes are most likely to have useful features. Then, they planning thousands of permutations in the genome in a process somewhat similar to very rapid evolution. Some of these changes introduce the new genes to make the yeast exhibit desired features, others remove bits of DNA which were shown not to have a function in past trials. 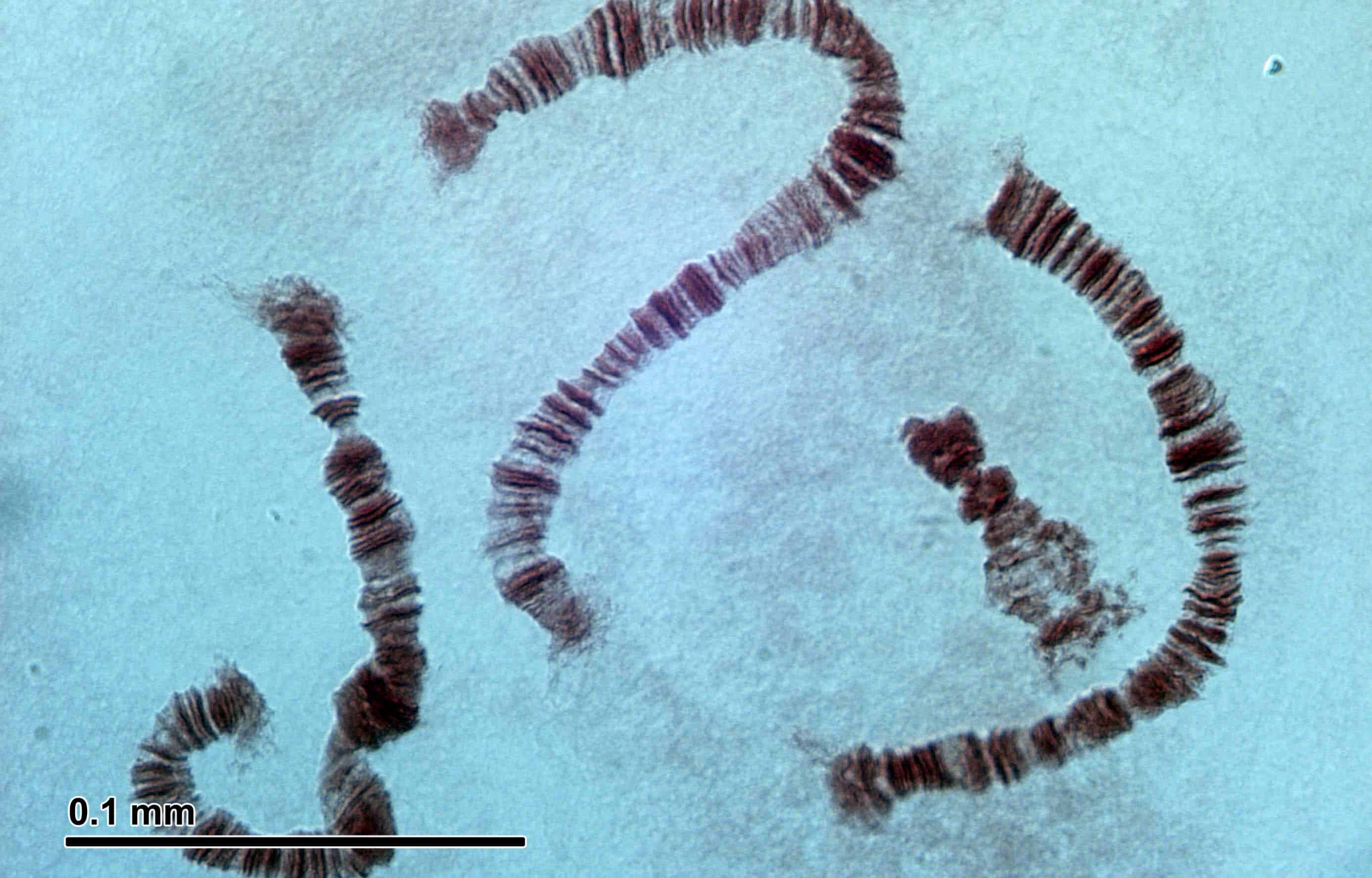 After the computer models are finished, the team starts assembling the edited DNA sequence bit by bit until they have the whole thing. The completed sequences are then introduced into yeast cells, which handle synthesizing and finish building the chromosomes — the latest round of papers describes a major innovation in this last step.

Until now, the researchers had to finish building once piece of a chromosome before work could begin on the latter, severely limiting their speed. These sequential requirements bottle-necked the process and increased cost, Boeke said. So the team made efforts to “parallelize” chromosome assembly, with different labs around the world synthesizing different bits in strains which were then mated. The resulting yeast strains would in some instances have even more than one fully synthetic chromosome. A paper led by Leslie Mitchell, PhD, a post-doctoral fellow from Boeke’s lab at NYU Langone, described the construction of a strain containing three synthetic chromosomes.

“Steps can be accomplished at the same time in many locales and then assembled at the end, like networking laptops to create a global super computer,” says Mitchell.

Another paper describes how a team at Tsinghua University used the same parallelized method to synthesize chromosome synXII, which formed a molecule with more than a million base pairs (one megabase) in length when fully assembled — the longest synthetic chromosome ever made by humans. It’s still only 1/3,000 the length of a human chromosome, but it’s closer than we’ve ever come before.

The researchers also found that they can edit some dramatic changes into the yeast genome without killing the cells. They survived even when the team moved whole sections of DNA from one chromosome to another, DNA swaps between yeast species, often with very little effects on the cells.

There’s a huge potential to synthetic yeast. Scientists could tailor their genome to produce anything we need from drugs, to food, new materials, almost anything — just from sugar and raw materials. It could fundamentally change how we think about a lot of industries, potentially churning the same products as factories and labs from a humble barrel.

But the work performed under the Sc2.0 project also revolutionizes how we know about genome building and synthetic life. Yeast is simple, but the end goal is to one day move on to tailor-made plants, maybe even to perfect the human genome. But we’re still a long way from that. Right now, the team will focus on getting their yeast’s final A’s, T’s, G’s, and C’s in place.