Most people feel relaxed and recharged after an outdoor nature walk. But it’s not often that they stop to take in the beauty of what’s outside. Every small insect, every blade of grass, every colorful mushroom can be beautiful in its own way.

With patience, Jo Brown captures that beauty in splendid detail. In her Nature Journal, she’s built an exquisite collection of common species you may very well encounter in your own corner of nature.

Working from her home studio in Teignmouth, Devon, UK, Brown illustrates the natural world in pen, ink and markers. She’s takes photos of the things she sees outside and then makes intricate drawings of them.

Each page of her notebook contains a pen and colored pencil drawing. Sometimes, she makes detailed descriptions of the plant or notes its peculiarities. The Latin and common name of each species are noted, along with the common characteristics and where it was found.

She started this Nature Journal because she “wanted to record the things she was discovering”. Nature is one of the most important things for Brown, and her attention to detail shines in these detailed illustrations.

It’s not really the rare species that draw her eye. Instead, her attention is mostly focused on common plants, insects, and birds. You don’t have to look too far for them, Brown says: with “a little patience and quiet observation,” we can all observe this type of beauty.

Although, truth be told, observing nature is one thing, but producing drawings this beautiful is entirely different.

To keep up with Jo Brown’s journeys into the nature of the countryside, follow her on Instagram and Twitter. Her black Moleskine notebook is also reproduced exactly in a forthcoming book, Secrets of a Devon Wood — a worthwhile read for naturalists and nature lovers of all ages.

Mathematical concepts can be very useful for us to generate beauty. By using the trigonometric functions sine and cosine, we can make an infinite number of stunning symmetrical images. Below you can see seven images and the formulas I used to create them. Each of these shapes is constructed by 7,000 circles. 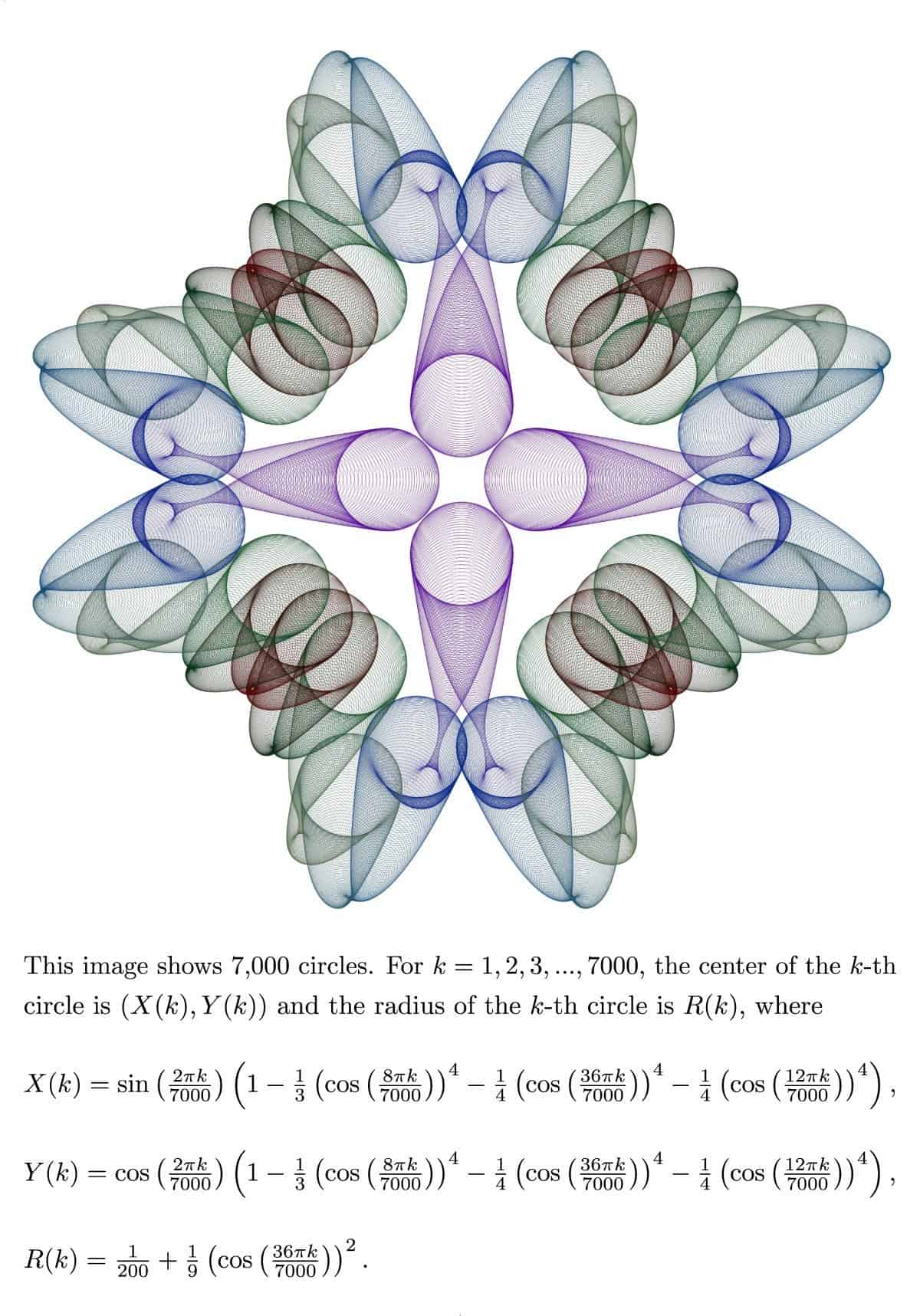 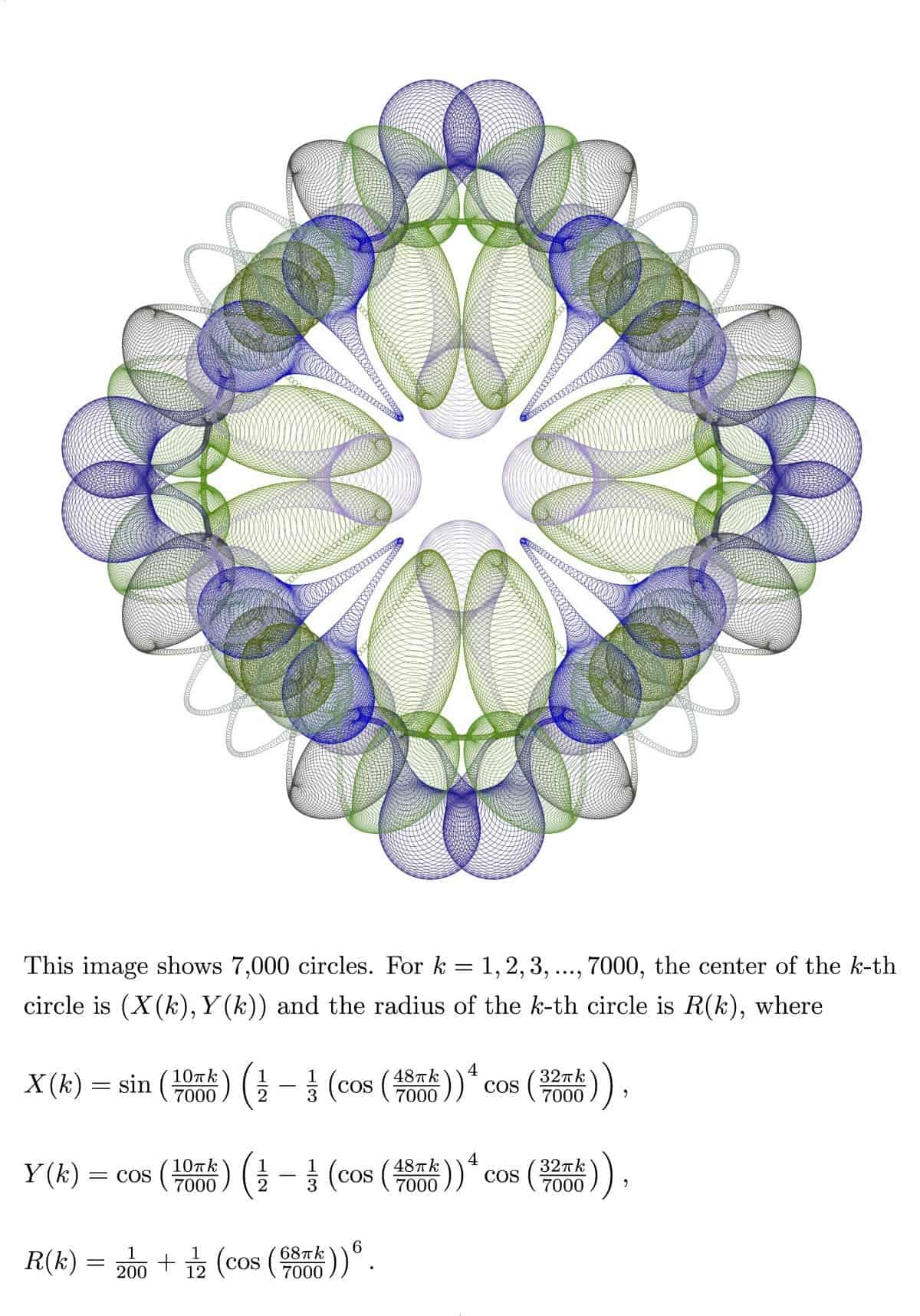 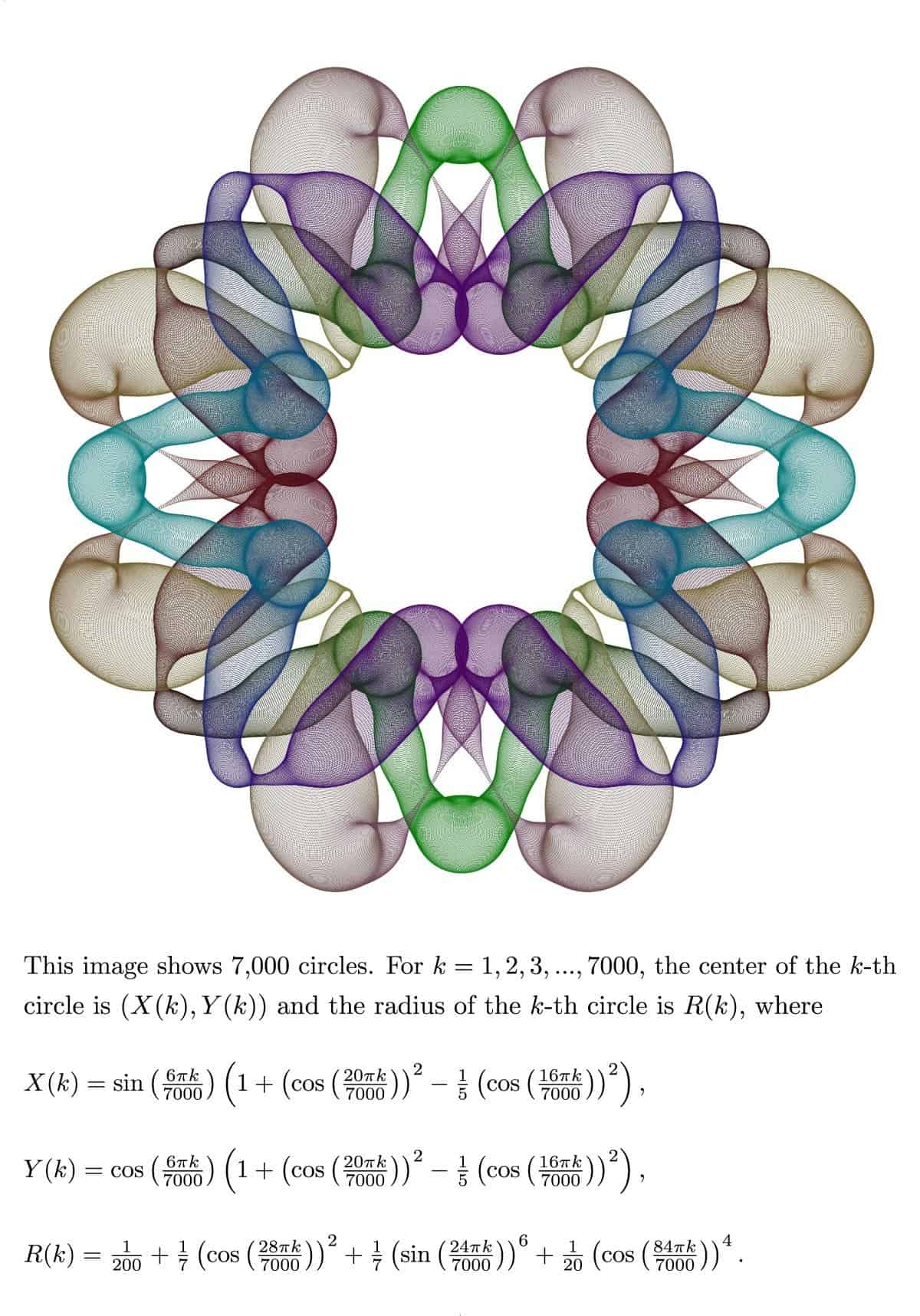 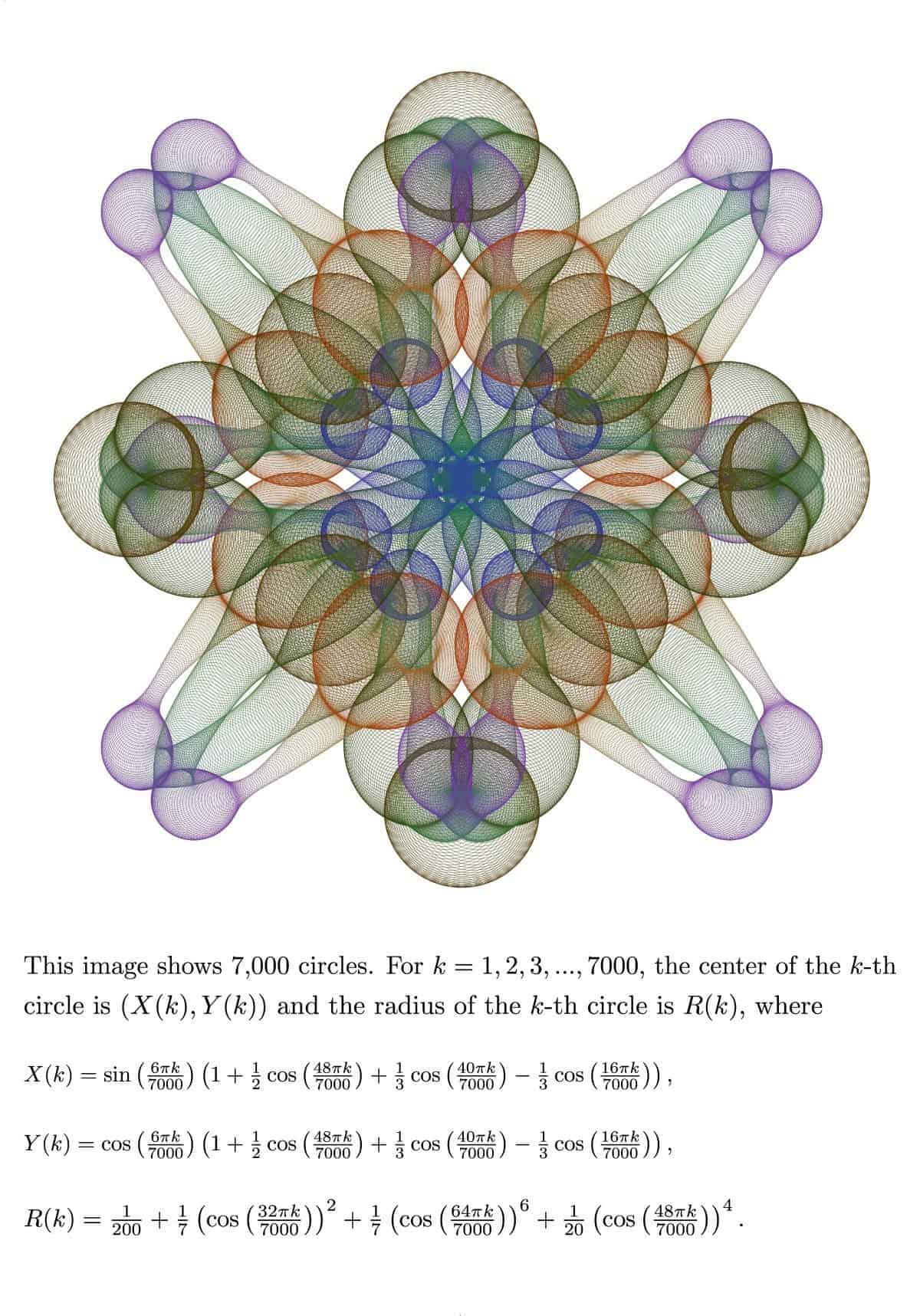 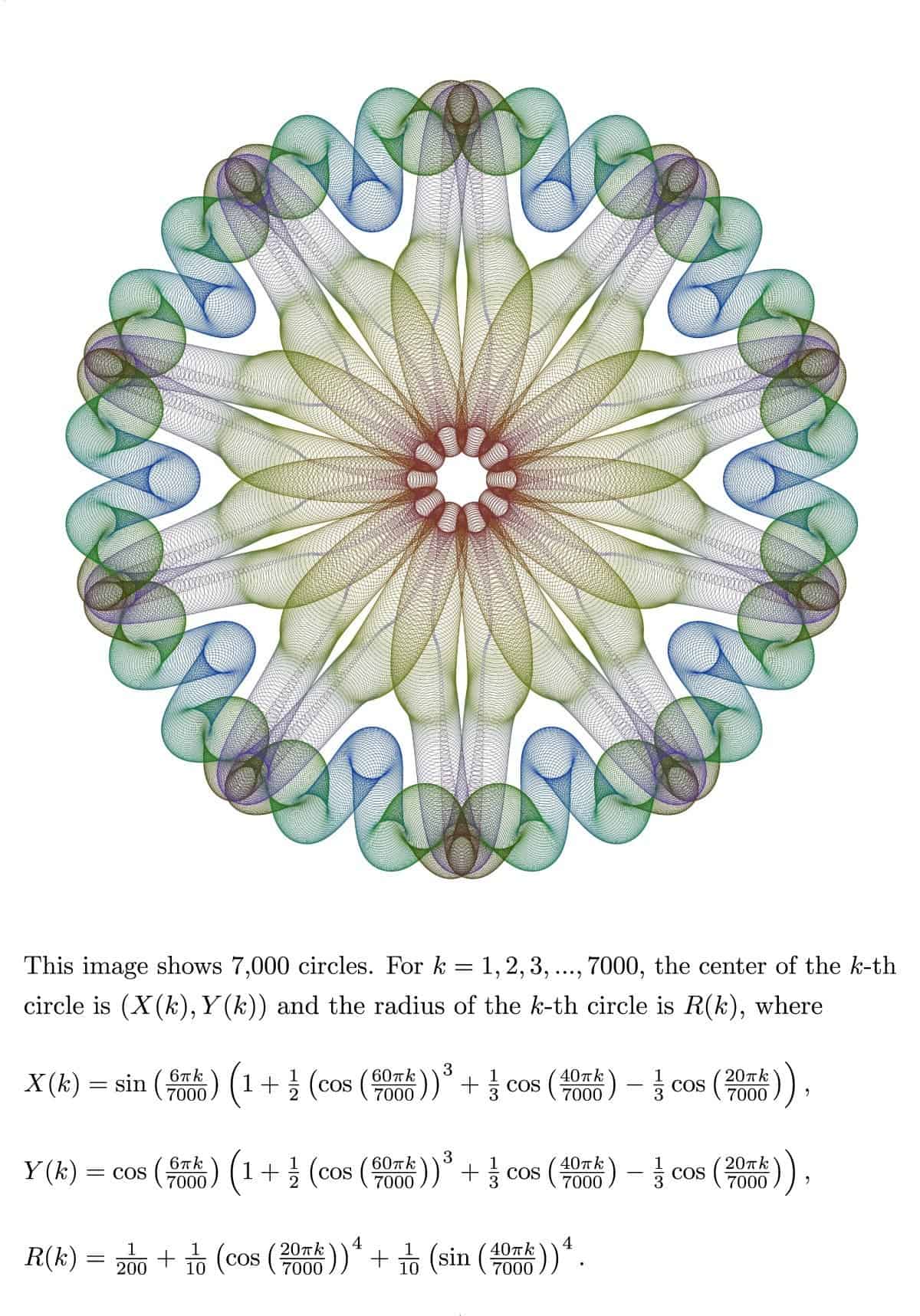 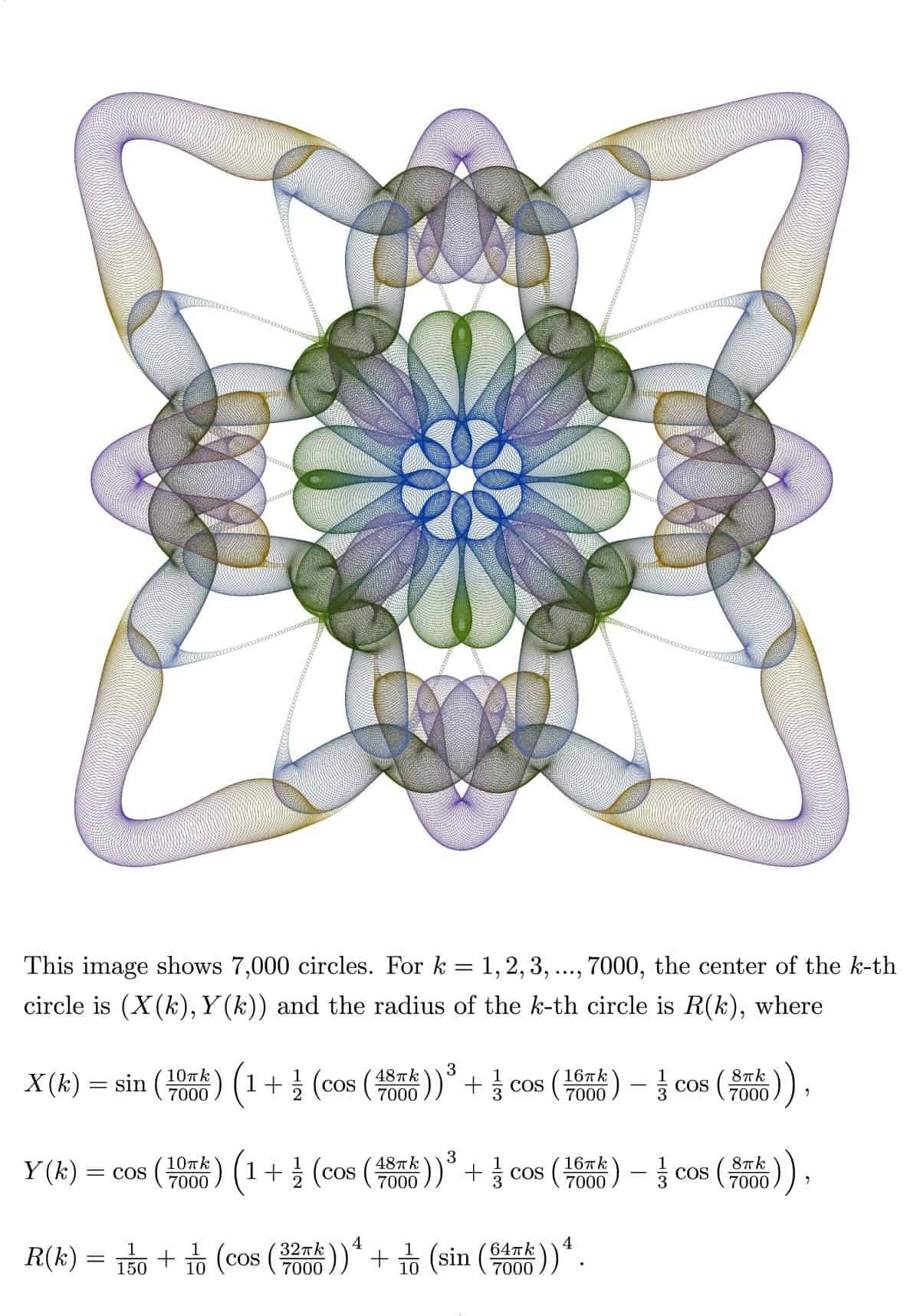 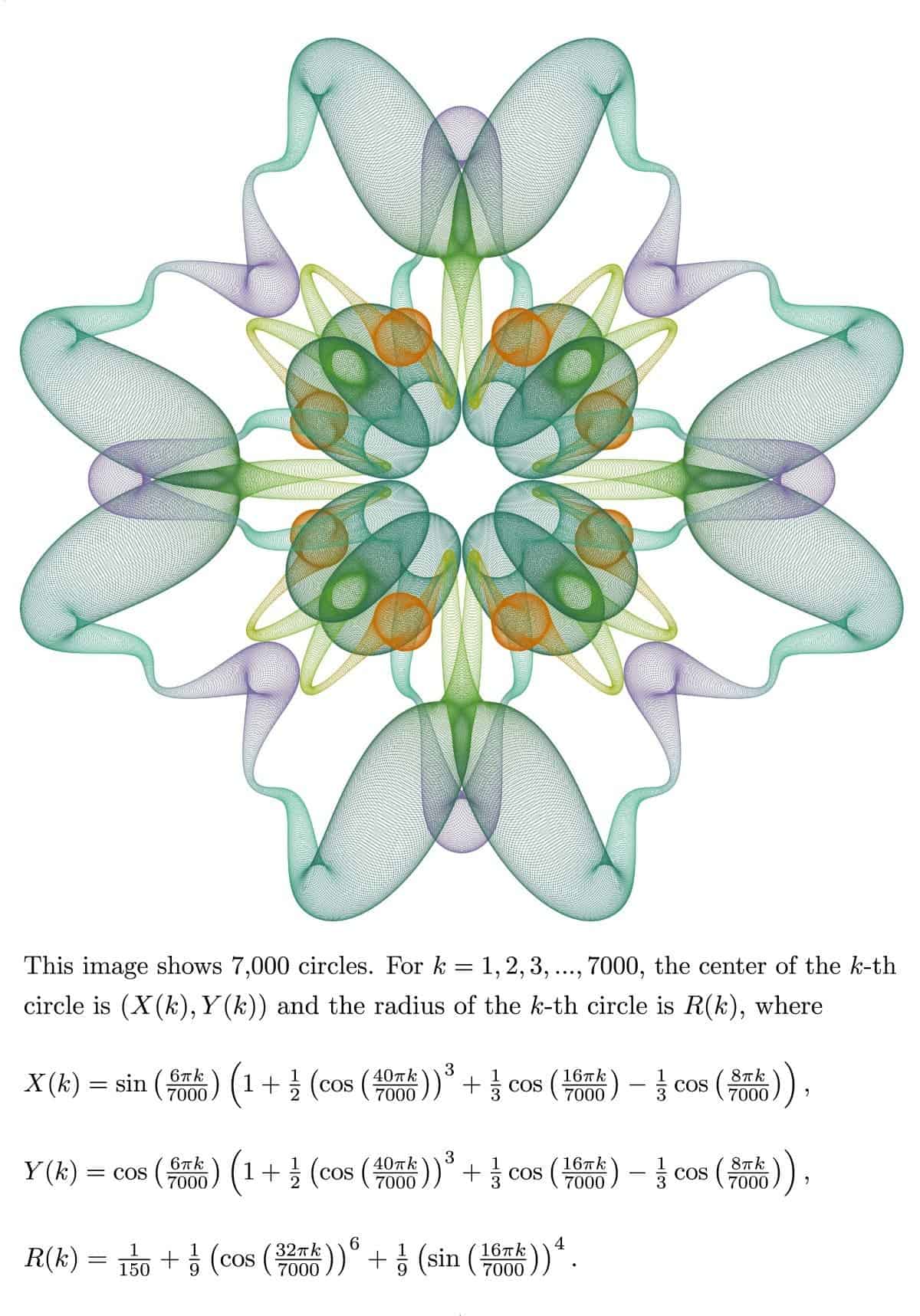 A new study found that drawing information you need to remember is a very efficient way to enhance your memory. The researchers believe that the act of drawing helps create a more cohesive memory as it integrates visual, motor and semantic information. 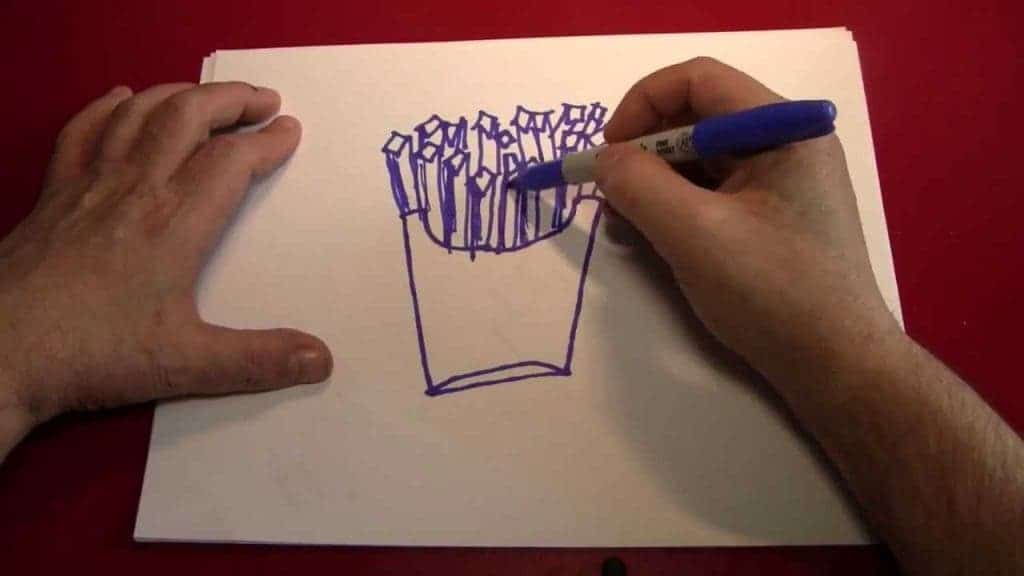 “We pitted drawing against a number of other known encoding strategies, but drawing always came out on top,” said lead author Jeffrey Wammes, PhD candidate in the Department of Psychology at the University of Waterloo.

Wammes’ team included fellow PhD candidate Melissa Meade and Professor Myra Fernandes. Together, they enlisted some of the University’s students’ help and presented them with a list of simple, easily drawn words, such as “apple.” Participants were given 40 seconds in which to draw or write out the the word repeatedly. After this, they were given a filler task of classifying musical tones, to facilitate memory retention. In the last step of the trial, the students were asked to recall as many of the initial words as they could in just 60 seconds.

“We discovered a significant recall advantage for words that were drawn as compared to those that were written,” said Wammes.

“Participants often recalled more than twice as many drawn than written words. We labelled this benefit ‘the drawing effect,’ which refers to this distinct advantage of drawing words relative to writing them out.”

In later variations of this experiment, students were asked to draw the words repeatedly or add visual details to the written letters — shading or doodling on them for example. Here, the team found the same results; memorizing by drawing was more efficient than all other alternatives. Drawing led to better later memory performance than listing physical characteristics, creating mental images, and viewing pictures of the objects depicted by the words.

“Importantly, the quality of the drawings people made did not seem to matter, suggesting that everyone could benefit from this memory strategy, regardless of their artistic talent. In line with this, we showed that people still gained a huge advantage in later memory, even when they had just 4 seconds to draw their picture,” said Wammes.

While the drawing effect proved itself in testing, its worth noting that the experiments were conducted with single words only. The team is now working to find out why the memory benefit of drawing is so powerful, and if it can be carried over to other types of information.

The full paper, titled “The drawing effect: Evidence for reliable and robust memory benefits in free recall” has been published online in The Quarterly Journal of Experimental Psychology and can be read here.

Volcanic eruptions have fascinated and frightened people for millennia, and many have tried to describe them in different ways. Whether it was through paintings, text or documentaries, we’ve all seen volcanoes described in one way or another. But for people 30,000 years ago, that was a much more difficult challenge. Now, researchers believe they have found the earliest such depictions.

The famous Chauvet cave is one of the most well known and well studied caves in the world. Hosting the earliest and best preserved figurative cave paintings in the world, as well as other evidence of Upper Paleolithic life, it’s a Mecca for anthropologists. The Werner Herzog documentary ‘Cave of Forgotten Dreams’ made it equally famous for the public.

Replica after painting in the Chauvet Cave. Image via Wikipedia.

Fearsome woolly rhinoceroses, cave lions and bears dominate Chauvet’s imagery, but the most spectacular image is a giant deer species, Megaloceros (the first image). This deer drawing is surrounded by mysterious spray-like imagery; what it represents remains a mystery. Now, Sebastien Nomade, a geoscientist at the University of Paris-Saclay in Gif-Sur-Yvette, France, who led the study believes he’s found the answer: volcanoes.

“I think they make a pretty good case that it’s potentially a depiction of the kind of volcano that one sees on the landscape,” says Michael Petraglia, an archaeologist at the University of Oxford, UK. Depictions of natural events in rock art are rare, he notes, but this could be because they are too abstract or because researchers simply haven’t looked. “Maybe there’s more of this out there than we have realized.”

It’s not the first time volcanoes have been associated with the cave. After all, Chauvet is located a mere 35 kilometers (21 miles) as-Vivarais volcanic field, a well-known site containing more than a dozen extinct volcanoes. The problem was timing – previous studies put the volcanic eruption way before humans arrive and made drawings in Chauvet. Now, through isotopic analysis, Nomade’s team believes the last series of eruptions took place between 19,000 years and 43,000 years ago – a timing window which fits with human existence in the cave. He also says that the cave provided a safe vantage point to the chaos unleashed by the volcanoes.

“You just have to climb the small hill on top of Chauvet, and looking north you see the volcanoes. During the night you could see them glowing and you could hear the sound of the volcanic eruption.”

Axel Schmitt, a geoscientist at Heidelberg University in Germany whose team studied the eruption near Çatalhöyük, says that the dating of the eruptions near Chauvet is solid, but it seems to me like we still need some more evidence. Sure, the timing fits, it could be a depiction of a volcanic eruption but it doesn’t have to be. After all, it’s still a matter of artistic interpretation.