In case you didn’t know, there’s a Doomsday Vault deep in the Arctic, with the purpose of making sure that if something really bad happens (as in alters society as we know it bad) we’ll still have some backup seeds so the species aren’t completely lost. It’s basically a very big plant gene bank. Now, scientists have stored a trove of new species in the vault.

The Svalbard Global Seed Vault was built to preserve a wide variety of plant seeds that are duplicate samples, or “spare” copies, of seeds held in gene banks worldwide. It’s isolated in a permafrost zone some 1,000 kilometers (620 miles) from the North Pole. The Norwegian government entirely funded the vault’s approximately 45 million kr (US$9 million) construction, while the Global Crop Diversity Trust (financed by Bill and Melinda Gates) is paying for operational costs. But the beneficiary might be the world. Already, Syrian researchers retrieved some seeds from the vault, due to the war wiping out many of its plantations.

The 50,000 new samples come from collections in Benin, India, Pakistan, Lebanon, Morocco, Netherlands, the U.S., Mexico, Bosnia and Herzegovina, Belarus and Britain. Of them, 15,000 come from a research institute an international research center that focuses on improving agriculture in dry zones. The International Center for Agriculture Research in the Dry Areas (ICARDA), previously located in Aleppo, is working to develop drought- and heat-resistant crops.

This indicates that the Vault is increasing its scope — and that’s a good thing. While a global disaster isn’t really taking shape in the foreseeable future (though you know, anything can happen), local disasters are much more prevalent. With some plantations being localized only in some parts of the world, they’re at a higher risk of being wiped out.

Speaking from Svalbard, Aly Abousabaa, the head of the International Center for Agricultural Research, said that the transportation process went smoothly, without any issues, and the Vault will contribute to “finding solutions to pressing regional and global challenges.”

“Collective efforts to conserve crop diversity and produce a global food supply for tomorrow continue to be strong,” Marie Haga, executive director of the Crop Trust, said Wednesday in a press release. “Crop diversity is a fundamental foundation for the end of hunger,” she added.

There are now a whopping 940,000 samples, from a total capacity of 5 million.

Living quite close to Serbia and knowing how they feel about this, I have to say this is really amusing. People from all over the world are flooding to a pyramid-shaped peak in Serbia in the hope that its mystical properties will somehow protect them from the impending doomsday. Hundreds of reservations are pouring in each day – so many that the local hotels went from really happy to really worried. 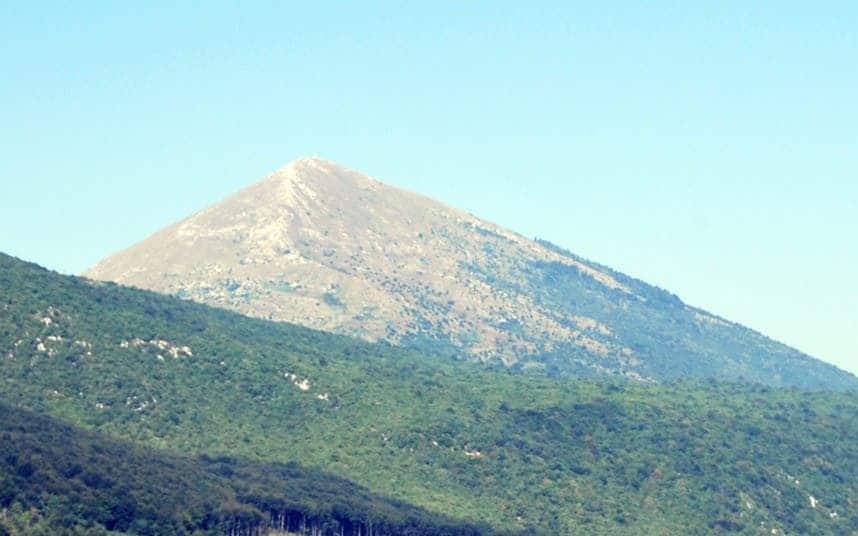 First of all, absolutely everybody with a scientific background, from NASA to Maya archaeologists agree that these beliefs are off-base – and this is about as light as I can put it. Here’s an article I wrote debunking pretty much all the cooky “theories” about how the world will end on the 21st of December. If you don’t trust me, you can always just take if from NASA. Nevertheless, doomsday believers are heading for the hills.

What is it with them and mountains anyway? In the French Pyrenees, another supposed Mayan apocalypse “safe zone” has been closed for the alleged doomsday, with local authorities fearing an unwanted influx of cultists and journalists on December 21. Like Mount Rtanj in Serbia, France’s Pic de Bugarach is the center of rumors about UFOs and mystical powers. Some cultists actually believe that these mountains will literally open up, revealing alien spacecrafts that will carry the few chosen to safety. Good luck! 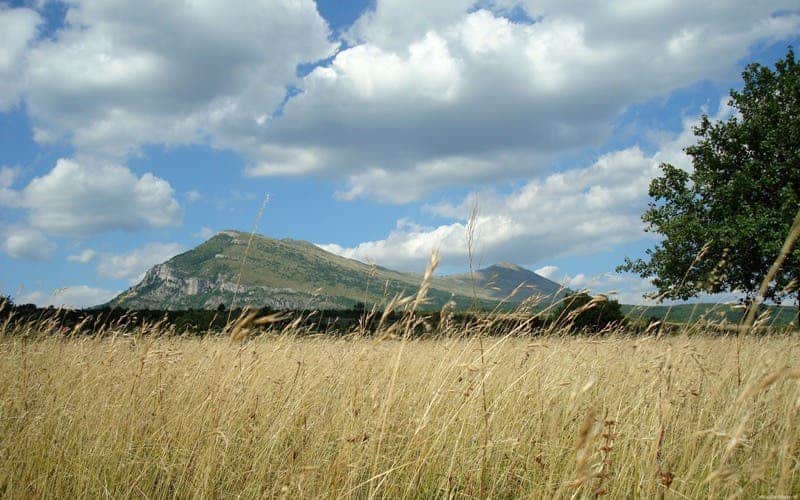 The small yet pleasant city of Bugarach in southwest France is flooded with tourists, but the thing is most of them are preoccupied by UFOs instead of the local countryside.

The town located near the Pic of Bugarach mountain which has no more than 200 inhabitants is getting more and more spotlight from doomsday visitors after it became the center of a few odd predictions, including one that prophesies that aliens will arrive on Earth at the mountain on the so-called doomsday.

Jean-Pierre Delord, the town mayor, has become uneasy with the influx of visitors – and for good reasons, when you consider that the number of visitors is expected to increase dramatically as we get nearer to 21th December, which is the date many conspiracy theorists have announced as the end of the world.

“These blasted prophets from all over the world have turned our mountain into some sort of UFO garage,” Delord, who has asked the French army for help, told Reuters last year. “The end result is that all these fanatics are coming here to hide out.”

Another worrying matter is that, as ‘doomsday groups’ start congregating, a number of other dangers could emerge, including riots or mass suicides. Again, sadly, I find myself forced to say that despite what conspiracy theorists or doomsday fans might claim, the world will not end as the Maya predicted, from what we know there is no big planet on a collision course with Earth, and so far, the biggest chance of ending the world is in our own hands. 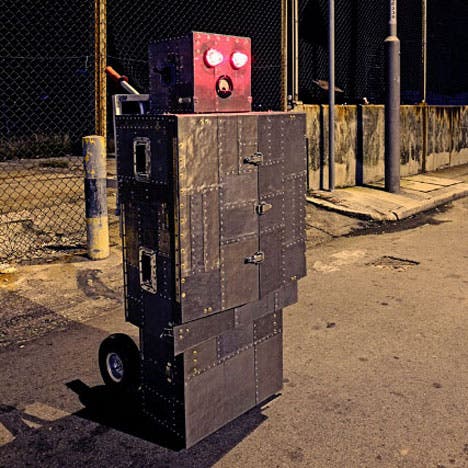 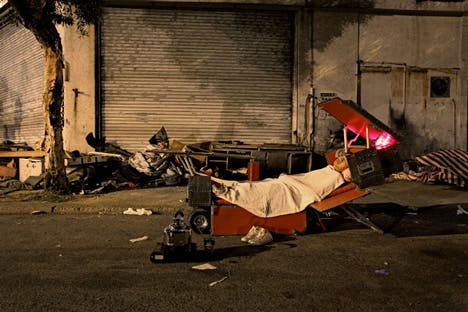 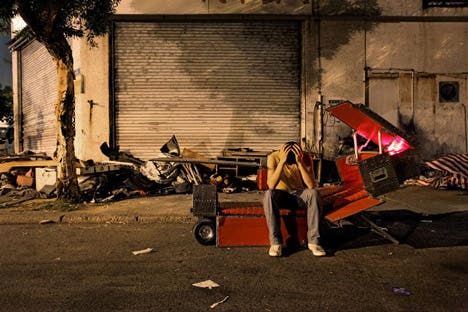 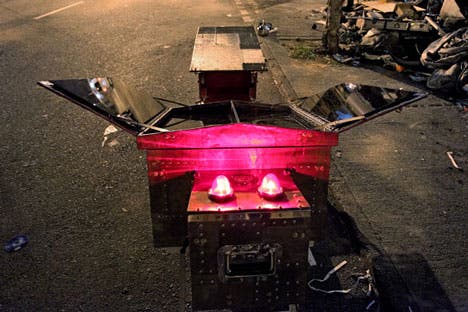 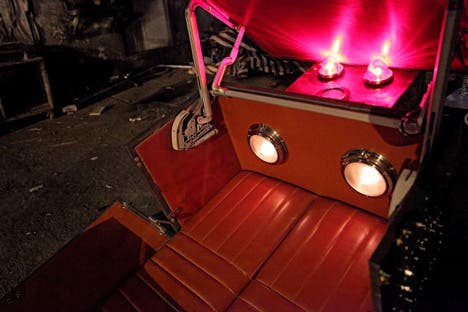 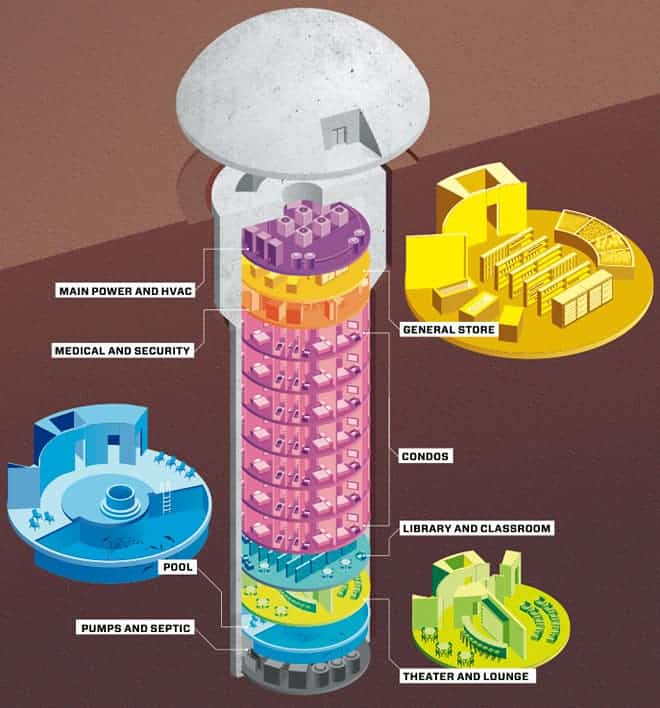 As the year 2012 steadily approaches, conspiracy theories, general panic and distress are growing ever thicker as Mayan calendar superstitions are turning into mainstream concerns. Much like in the cold war when a lot of people, some more intelligent than others, formed various nuclear holocaust survival plans like backyard bunkers, there are a lot of people nowadays as well with similar initiatives, a lot more elaborate however.

Software developer Larry Hall for instance is converting an Atlas F missile base in Kansas into a heavily-guarded, fully-furnished underground luxury condominium shelter, a model of which can be seen captioned above – the concept is actually called a “survival condo”. Hall bought off the decommissioned missile base (which he says cost the government $65 mil to build) for $250,000 out of personal paranoia with plans to turn into a safe haven for himself and his family. Somewhere along the road, though, the 54 year old software engineer must have gotten some entrepreneurial ideas and soon announced a “condo suite package” starting at $900,000, which includes a five-year food supply and “simulated view windows” with light levels calibrated to the time of day to keep you from going crazy.

It’s really not a bad place to site out the apocalypse, since it will feature a pool, a theater and library, a gym and even a waterfall, and all other modern day utilities like electricity will be powered by geothermal energy and wind turbines.

The silo is still in construction, but if you think it’s just a wacko plan with no one in their right minds willing to invest 900k for a seat in bunker, you’d better think again. “When they call me up,” he says, “they’re like, you had me at MISSILE BASE!” Hale goes on, confessing that three out of the seven condo floors have already been sold out. Who else wants a doomsday-safe condo?

More about Larry Hall and the Survival Condo project at the official website. You can read an interview with Hall here.