A surprising study has found that people who are easily disgusted by strong odors like sweat or urine tend to prefer more authoritarian leaders, and it might all have a lot to do with diseases. 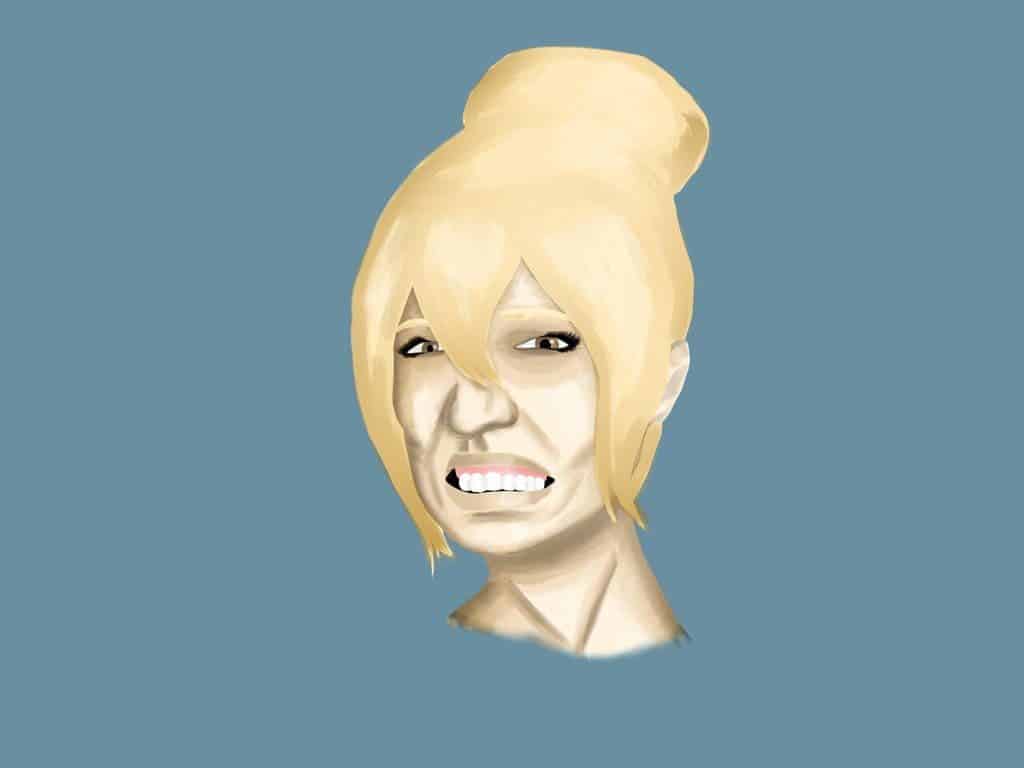 Disgust is a basic emotion, and it was a very important tool for survival over countless generations. Disgust is basically a way of saying “I’ll have none of that,” and it’s most commonly related to nasty smells or foods.

Just think about someone being disgusted — it has a lot to do with a person’s senses. The nose is wrinkled or turned away, the eyes partially or entirely closed. The whole body is shutting down its sensorial information, and for a good reason: many things that are disgusting are rotten, dirty, or infectious — you don’t want to be near them, and you certainly don’t want to smell or eat them. Disgust is useful largely because it helps you avoid potential diseases, but different people have different tolerance levels.

Researchers had an idea that there would be a connection between how people are disgusted by smell and how they want their country to be led. The idea is that people who have a strong urge to avoid unpleasant smells would also avoid mingling with other groups of people such as immigrants. They would be against multiculturalism and would fall towards the authoritarian side of the political spectrum, researchers suspected. They were right.

‘There was a solid connection between how strongly someone was disgusted by smells and their desire to have a dictator-like leader who can supress radical protest movements and ensure that different groups “stay in their places”. That type of society reduces contact among different groups and, at least in theory, decreases the chance of becoming ill’, says Jonas Olofsson, who researches scent and psychology at Stockholm University and is one of the authors of the study.

Among other questions, researchers asked international participants to rate their levels of disgust for body odors, both their own and others and then gauged their political preferences, looking for correlations.

While seeming completely unrelated, the connection between smell and politic inclinations does make a lot of sense. After all, if disgust is a means of isolating yourself from unwanted, potentially dangerous, then people who are more easily disgusted might also want to be more isolated from other people which they consider as potentially dangerous. Isolationism and a negative attitude towards immigrants and different groups of people is a trademark of authoritarian governments. Still, it’s remarkable that such a clear correlation can be established between odors and ideology.

’Understanding the shared variance between basic emotional reactivity to potential pathogen cues such as body odours and ideological attitudes that can lead to aggression towards groups perceived as deviant can prompt future investigations on what are the emotional determinants of outgroup derogation. In the next future, this knowledge might inform policies to prevent ethnocentrism’ says Marco Tullio Liuzza from Magna Graecia University of Catanzaro, Italy, also one of the authors. 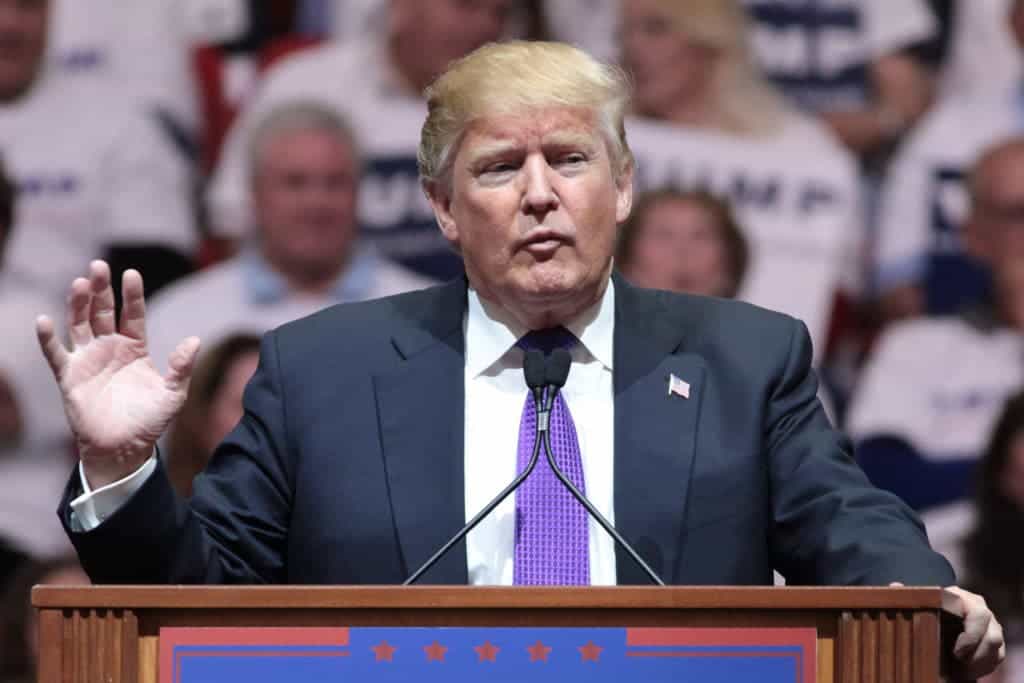 US participants who were easily disgusted by smells were more likely to vote for Trump — which perfectly fits the theory. Image credits: Gage Skidmore.

Notably, researchers also added an extra question for US participants: how they will vote in the 2016 presidential election. Since Donald Trump ticks the boxes for authoritarianism, he was an excellent example to test the theory. Lo and behold, people who dislike bodily odors the most were more likely to vote for Trump.

This is interesting because Trump himself has often said that other people disgust him physically, and is reportedly obsessed with hygiene.

‘It showed that people who were more disgusted by smells were also more likely to vote for Donald Trump than those who were less sensitive. We thought that was interesting because Donald Trump talks frequently about how different people disgust him. He thinks that women are disgusting and that immigrants spread disease and it comes up often in his rhetoric. It fits with our hypothesis that his supporters would be more easily disgusted themselves’, says Jonas Olofsson.

This seems to suggest that authoritarian beliefs are heavily ingrained in some people’s brains, similarly to smell preferences.

However, Jonas Olofsson is optimistic. The most important thing is to keep a communication channel between opposing groups, and change can happen, he says.

Despite sometimes engaging in some pretty gross behavior, chimps don’t like yicky things either, a new paper reveals. The findings offer a glimpse into the roots of our own sense of disgust.

Chimps aren’t the best-mannered animals out there. In the wild, they have been observed to pick out seeds from feces and eat them. In captivity, some have been spotted engaging in coprophagy — the deliberate ingestion of feces. All of which we’d definitely characterize as being downright disgusting behavior.

But that doesn’t mean they don’t feel disgusted at all. The behaviors we’ve mentioned above usually involve each chimps’ own feces, or at most that of their immediate family members. If presented with bodily fluids or feces from other chimps, however, they will exhibit behaviors very suggestive of disgust. In theory, animals evolved this aversion to protect themselves from parasites and pathogens. In humans, bodily products are a universal elicitor of disgust, and the paper found evidence that exposure to biological contaminants — via vision, smell, or touch — also elicit similar reactions in chimpanzees by influencing feeding choices.

“If chimpanzees and other primates can discern contamination risk via different cues, individuals with higher sensitivities to feces and other bodily fluids may be less infected, which could have important health benefits,” explains Cecile Sarabian, the lead author of the study.

The team worked with 20 chimpanzees (Pan troglodytes troglodytes) at the Centre International de Recherches Médicales de Franceville (CIRMF) in southern Gabon. Throughout a series of experiments, the team was able to show that chimps will generally delay eating potentially contaminated food items.

First, the primates were presented with a choice of three bananas — one on a piece of brown foam (control sample), one placed on a replica pink feces, and one placed on a brown replica. The team reports that the chimps would first select the bananas atop the control foam and the pink feces replica significantly more often than the ones on the brown feces replica. This shows “a preference for food that is not associated with contamination risk” but not an “avoidance of such risk altogether,” as generally, they would still eat all three bananas.

The animals also showed a “weak tendency” of moving away from the smell of potential biological contaminants (conspecific feces, blood, and semen) compared to a control sample of water. Food trials revealed that the smell of blood or semen again had a limited effect on the chimps’ appetite compared to a control odor (they ate the bananas given to them 93%, respectively 92% of times, compared to 93% with control odor). Finally, they also tended to move away from and/or consume food items less often when associated with odors of these potential contaminants, the authors write. These tendencies were overall weak, the scientists add, suggesting that “the threat levels perceived [by the chimps] may not have been great.”

For the third experiment, the team worked with 42 chimps. The primates were presented with a foraging task designed to put them into surprise tactile contact with two hidden substrates: dough, which has been used in human experiments to replicate the consistency, temperature, and moisture of a potentially contaminated substrate, or a piece of rope used as a control. Both substrates were hidden inside a box so the chimps couldn’t see them. What the chimps did see, however, was that the team placed pieces of banana in each box.

The chimps that received a box with rope substrate ate the banana pieces roughly 91% of the time. In contrast, their dough-boxed counterparts only ate the food 54% of the time. It’s the single most powerful disgust behavior elicited by the chimps in this study. The results are very similar to the behaviors shown by humans when blindly touching soft and moist substrates, which are generally more contaminant-rich than hard and dry substances.

“While anyone watching the reactions of these chimpanzees in the tactile experiments can empathize with them, it’s premature to say that they feel the same as we might in that situation” cautions Andrew MacIntosh, senior author on the study.

“What’s great about these experiments, though, is that the observed responses are functionally similar to what ours would be, providing evidence that the mechanism underlying their behavior could be similar to ours.”

The results help pave the way to understanding the disgust mechanism in humans and the protective function it serves.

“Moreover, such results may have implications for animal welfare and management. We can better inform staff and keepers about the adaptive value of such sensitivity and its flexibility, as well as identify which individuals may be more at risk of infection and therefore require more attention,” concludes Cecile Sarabian.

The team is now working on “expanding our ‘disgusting’ work” to other primate and non-primate species to get a more bird’s eye view of how the emotion forms and functions.

The paper “Avoidance of biological contaminants through sight, smell and touch in chimpanzees” has been published in the journal Royal Science Open Society.