Even modest changes to the timing of your first and last meal of the day can reduce body fat, a new pilot study suggests — but it may only work with intermittent fasting.

If you try to google information about when you should eat breakfast and dinner, you’ll probably find a million different ideas, many of them contradicting each other. The truth is, while science has figured out some things about breakfast and dinner, there’s just a lot of independent aspects and subjective variability that it’s hard to pin down specifics. But a new study could take us one step closer to figuring things out.

During a 10-week study on ‘time-restricted feeding’ (a form of intermittent fasting), researchers led by Dr. Jonathan Johnston from the University of Surrey wanted to see how changing meal times affects dietary intake, body composition and blood risk markers for diabetes and heart disease. So they split participants into two groups: those who were eating as before (the control group) and those who were required to delay their breakfast by 10 minutes, and have their dinner 90 minutes earlier.

Unlike other studies, participants could eat anything they would normally eat — no restrictions were applied other than the time of the meal.

While all participants lost some body fat, participants who had their meal times changed lost two times more body fat than the control group. People also noticed that they were eating less, either due to a reduced appetite or a cutback in snacking (particularly in the evenings). However, the study comes with a few significant limitations.

For starters, only 13 participants completed the study — hardly a conclusive number. Also, this study only established a correlation, it’s still not clear if the reduction in body fat is caused by shifting the meal times or if it’s something else completely — and to make matters even more complicated, it’s hard to disentangle the effect of intermittent fasting from the time shift.

But things are certainly promising.

This study is an intriguing proof of concept and could help design bigger, more conclusive studies in the near future. Lead author Dr. Johnston comments:

“Although this study is small, it has provided us with invaluable insight into how slight alterations to our meal times can have benefits to our bodies. Reduction in body fat lessens our chances of developing obesity and related diseases, so is vital in improving our overall health.However, as we have seen with these participants, fasting diets are difficult to follow and may not always be compatible with family and social life. We therefore need to make sure they are flexible and conducive to real life, as the potential benefits of such diets are clear to see.“

“We are now going to use these preliminary findings to design larger, more comprehensive studies of time-restricted feeding.”

The study was published in the Journal of Nutritional Science.

A preliminary human trial has shown that changing your eating schedule could help with weight loss. The results show it can help reduce swings in appetite and change fat and carbohydrate burning patterns in the body. 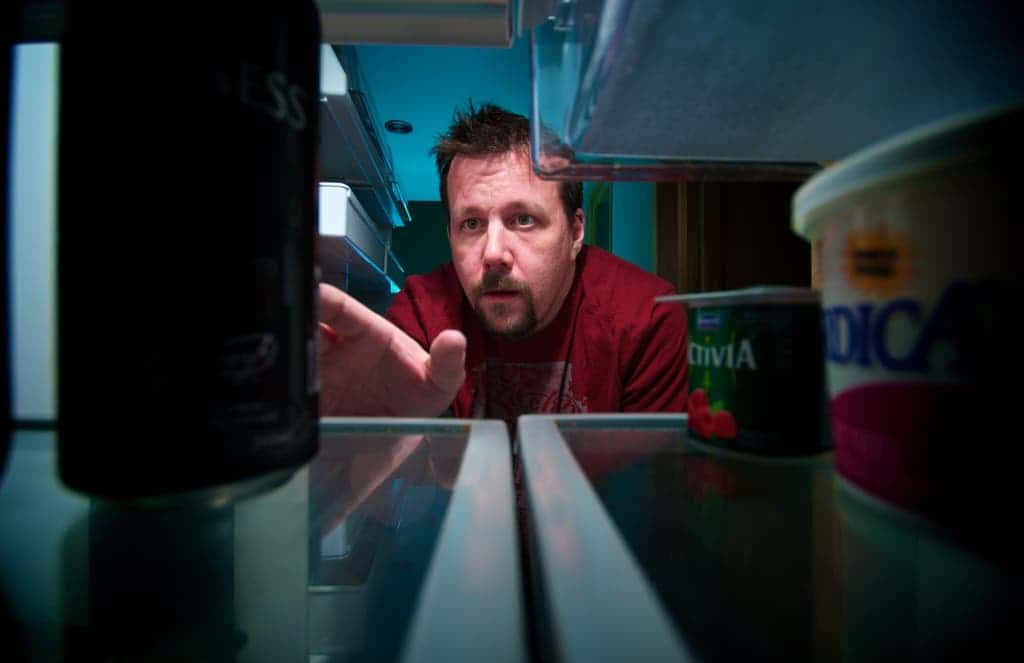 It’s an old wives’ tale that might have actually gotten it right. The first human trial or early time-restricted feeding (eTRF) has shown that the practice could help you get rid of the holiday belly. It’s a pretty straightforward practice: eat your last meal by mid-afternoon and then fast until breakfast the next morning.

Which is bad news, since I can’t remember having a single breakfast with ‘a.m.’ still showing on the clock since starting college.

“Eating only during a much smaller window of time than people are typically used to may help with weight loss,” said Courtney Peterson, Ph.D., an associate professor in the Department of Nutrition Sciences at UAB.

All you have to do is eat a very early dinner, or even skip it altogether. Your body works by following has several internal timetables, called circadian rhythms. They power-up and shut down systems throughout the body, and several key metabolic processes are most efficient in the morning. Eating in tandem with these processes means your body is better prepared to absorb and process the nutrients in your food.

For the study, Peterson and her team followed 11 men and women with excess weight two four-day periods. First, were asked to eat between 8 a.m. and 2 p.m., then between 8 a.m. and 8 p.m. They noted the impact of eTRF on the numbers of calories burned, the amount of fat burned, and appetite levels. The participants followed both schedules, ate the same number of calories during both, and were supervised throughout the testing period.

The team reports that although eTRF did not affect the participants’ calorie intake or how many they burned off, it reduced hunger swings throughout the day and increased levels of fat being burned during several hours at night. They also report that the practice improved metabolic flexibility — the body’s ability to switch between burning carbs and fats.

However, keep in mind that this is still very early research and definitively not conclusive on its own. It’s still not clear if eTRF helps with long-term weight loss or brings other health benefits to the table. Peterson says that a larger, more comprehensive study is required to confirm or contradict the findings.

ETRF has previously been proven effective in animals, helping lab rats burn off more fat and decreasing the onset of chronic diseases. This trial shows that humans too could maybe benefit from the practice.

The paper was presented at The Obesity Society Annual Meeting at Obesity Week 2016 in New Orleans, Louisiana.