Charle’s Darwin’s original notes during which he first scribbled down the ideas which led to evolution have been digitized and published online by Cambridge University. Over 12,000 high-res images have been published online – including the ones with the pages where he actually coins the term ‘natural selection’. 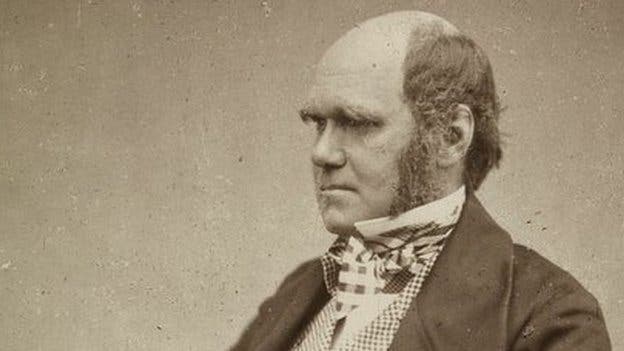 “One may say there is a force like a hundred thousand wedges trying force ‹into› every kind of adapted structure into the gaps ‹of› in the œconomy of Nature, or rather forming gaps by thrusting out weaker ones” – Charles Darwin, 1838, original notes.

The work was part of the Darwin Manuscript Project – a historical and textual edition of Charles Darwin’s scientific manuscripts, designed from its inception as an online project. The database of catalogues contains some 96,000 pages of Darwin scientific manuscripts, including the newly added pages. Professor David Kohn, Director of the Darwin Manuscripts Project, was thrilled of these new additions:

“These documents truly constitute the surviving seedbed of the Origin. In them, Darwin hammered out natural selection and the structure of concepts he used to support natural selection. It was here also that he developed his evolutionary narrative and where he experimented privately with arguments and strategies of presentation that he either rejected or that eventually saw the light of day with the Origin’s publication on November 24, 1859.”

This also marks the end of the first phase of funding for the Cambridge Library, launched to worldwide acclaim in 2011 with the publication of Isaac Newton’s scientific archive. The main goal of the project is to digitize old notes and make them open access – available for everyone. The current release is particularly special as it includes important documents such as the “Transmutation” and “Metaphysical” notebooks of the 1830s and the 1842 “Pencil Sketch” which sees Darwin’s first use of the term “natural selection”. 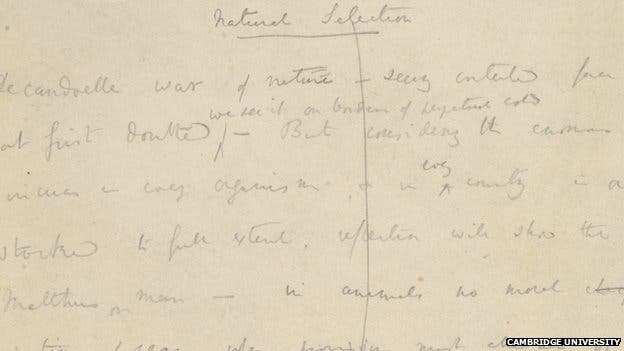 Charles Darwin’s notes – the first use of the term ‘natural selection’. Image via Cambridge Digital Library.

“With seed funding from the Polonsky Foundation, we launched the Cambridge Digital Library in 2011 with Isaac Newton’s papers, declaring our ambition of becoming a digital library for the world, opening up our collections to anyone, anywhere on the planet with access to the Internet. Now, after millions of visits to the Digital Library website, we bookend our first phase of development with the launch of Charles Darwin’s papers and our Sanskrit collection. These now sit alongside Newton’s scientific works and a wealth of other material, including the Board of Longitude papers and, most recently, our Siegfried Sassoon archive.”

See the manuscripts at the Cambridge Digital Library.