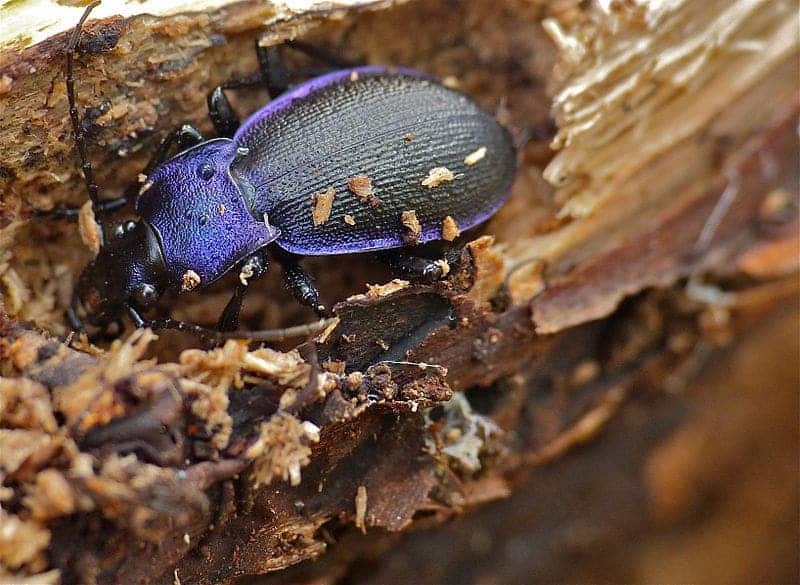 The International Union for the Conservation of Nature (IUCN) has assessed the status of 700 European species of beetle that live in old and hollowed wood — and the results aren’t good. Almost a fifth of these species (18%) are at risk of extinction due to the decline in ancient trees, according to the report, European Red List of Saproxylic Beetles.

Saproxylic beetles (meaning beetles somehow related to dead and/or rotting wood) have a key role to play in environments, as they help decomposition do its thing and cycle nutrients back into use. They’re also quite plump, and are an important food source for birds and mammals. Finally, some are even involved in pollination.

However, Europe is running out of them. Logging, tree loss, and deforestation are taking a huge toll on the insects’ habitats, the IUCN reports. Other major threats include urbanization, development of the tourism industry, and an increase in wildfires in the Mediterranean region.

“Some beetle species require old trees that need hundreds of years to grow, so conservation efforts need to focus on long-term strategies to protect old trees across different landscapes in Europe, to ensure that the vital ecosystem services provided by these beetles continue,” said Jane Smart, director of the IUCN Global Species Programme.

Luc Bas, the director of IUCN’s European Regional Office, says it’s “critical for the Common Agricultural Policy to promote the appropriate management of wood pasture habitats containing veteran trees across Europe”. One of the measures proposed as part of this new management approach is to create inventories of ancient and veteran trees from each European country, to enable local and national governments to protect them adequately across landscapes.

The report further points out that each landscape needs to be populated with trees of different ages, including saplings, mature and ancient trees, as well as some that are past their ‘best before’ date — such as standing dead trees, fallen tree trunks, and stumps. The forestry sector in many countries has made progress regarding the last category, which is traditionally treated as a nuisance and something that should be removed to clear space for newer plants.

There are 58 families of beetles spread across Europe, totaling some 29,000 species, of which some can explode. Out of these, some 4,000 are believed to be saproxylic. However, data is lacking for many of these species: for half of the saproxyls, “the population trend [remains] unknown”. The IUCN suggests that more monitoring is needed, and sooner rather than later, so we can keep accurate tabs on the beetles’ health.

“Some of these beetles are incredibly beautiful interesting things – if people stopped and looked at them and appreciated them, they’d realise they’re just as worthy of conservation as elephants and tigers,” Keith Alexander, IUCN Saproxylic Beetles Specialist Advisor, told the BBC.

“And these things live in the countryside on our doorstep.”