How good are you at telling if someone’s sick? A new study finds that at least some people are quite good at identifying facial cues. 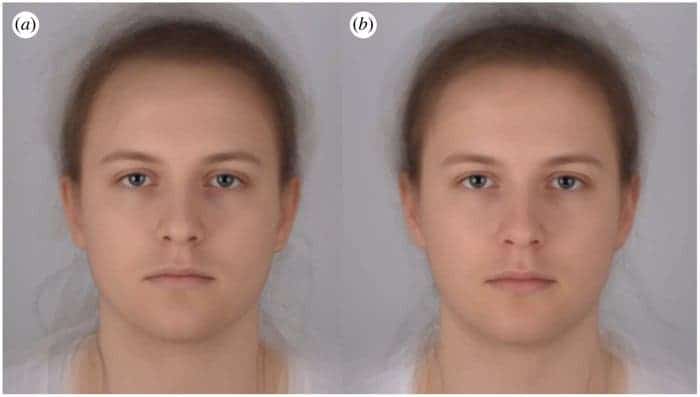 Detecting and avoiding sick people is a vital aspect of limiting exposure to diseases, and its likely that many of our ancestors lived and died by how well they could do it. Since the advent of modern medicine, however, that internal radar has somewhat lost in importance. Previous studies have shown that obvious symptoms of disease facilitate identification — but what of non-overt displays? Clinical neuroscientist John Axelsson wanted to see just how good people are at detecting such displays, and what cues they follow in the process.

“Almost no knowledge exists on whether humans can detect sick individuals, and if so by what cues”, he writes in the study. “Here, we demonstrate that untrained people can identify sick individuals above chance level by looking at facial photos taken 2 h after injection with a bacterial stimulus inducing an immune response.”

Axelsson and his team, which included neuroscientists and psychologists from Germany and Sweden, injected eight men and eight women with a molecule found in bacterial membranes. The idea was to generate a bodily response to the pathogens in the subjects without actually making them sick. It was still a bit unpleasant, but the subjects did receive $430 for their troubles.

The team then photographed each subject 130 minutes after they received the injection (when they said they felt most unwell). Some days later, they also gave participants a placebo (saline) injection and photographed them. They then had 60 students from universities in Stockholm identify the sick photos. The students had a significantly better guess rate than random: 62%, compared to 50%, which would have been completely random. Out of 2,945 ratings for the 32 different facial photos, 1,215 were sick people. Volunteers got it right 775 times and wrong 440 times. This is pretty impressive, but it’s still only semi-accurate, seeming to suggest that we only superficially look at cues. Still, results might significantly improve in real life scenarios.

Researchers theorize that we are much better at identifying people we’re familiar with because we’re much more in tune with their facial features and day to day behavior. Also, sick people often act differently, which could also be an important tell. For instance, they tend to be less talkative and tired even before other symptoms kick in. By the time obvious cues like sneezing or coughing emerge, it may already be too late to avoid contagion. Odors might also be a significant cue — previous studies have already shown that when we’re sick, our body odor tends to change. So while the face is the main thing we look at, it doesn’t really paint the whole picture.

Next, scientists analyzed what cues people were using to identify the disease. They found that we focus on the skin and the eyes, as well as the overall appearance of tiredness.

“Acutely sick people were rated by naive observers as having paler lips and skin, a more swollen face, droopier corners of the mouth, more hanging eyelids, redder eyes, and less glossy and patchy skin, as well as appearing more tired. Our findings suggest that facial cues associated with the skin, mouth and eyes can aid in the detection of acutely sick and potentially contagious people,” the study concludes.

Looking at how we identify other sick people isn’t only a scientific curiosity. Researchers say it could have significant benefits for public health. Helping people improve their disease-identifying skills could help them avoid contagion, even if they don’t realize it. The next step, researchers say, is to figure out to what extent this is a learned behavior. They want to see if doctors and trained professionals are better than average people at detecting disease symptoms.