University of Washington researchers have created the first telepathic link between two humans. Their technique didn’t rely on supernatural powers, but rather on nerve impulses, electrodes, and advanced science. 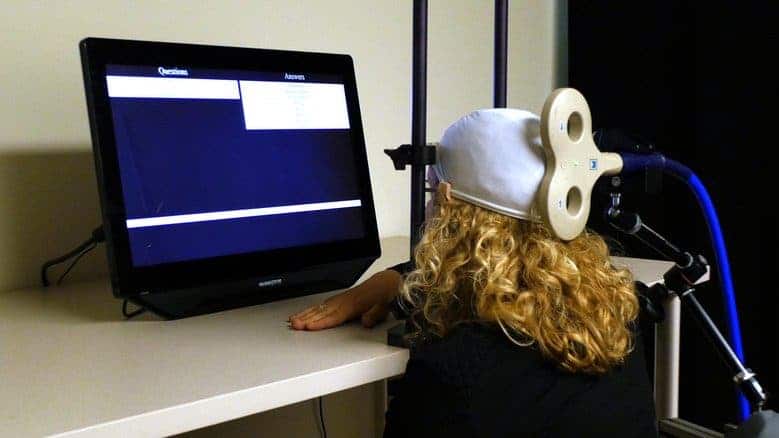 The researchers had two participants play an old-school game of 20 questions but with a twist: one participant was asked the questions, and the other one, who was in a different room, had to answer.

“This is the most complex brain-to-brain experiment, I think, that’s been done to date in humans,” said lead author Andrea Stocco, an assistant professor of psychology and a researcher at UW’s Institute for Learning & Brain Sciences. “It uses conscious experiences through signals that are experienced visually, and it requires two people to collaborate,” Stocco said.

The respondent participant wears a cap connected to an electroencephalography (EEG) machine that records electrical brain activity. He is then shown an image of an object or creature (for example a dog, or a table). Then, the second participant, the inquirer, was presented with a list of possible objects and associated questions, and sent the questions to the first participant. The respondent replies “yes” or “no” to each question by focusing on one of two LED lights flashing at different frequencies. Both answers sent a signal through the internet, activating a neuron-stimulating coil behind the inquirer’s head. However, only the “yes” was strong enough to trigger a specific response – something that resembles a flash of light behind the eyes.

“They have to interpret something they’re seeing with their brains,” said co-author Chantel Prat, a faculty member at the Institute for Learning & Brain Sciences and a UW associate professor of psychology. “It’s not something they’ve ever seen before.”

Basically, one of the participants telepathically tells the other the answer is “yes” or “no”. Of course, it’s not full blown telepathy, but if their study is correct, then they did manage to create a telepathic connection. 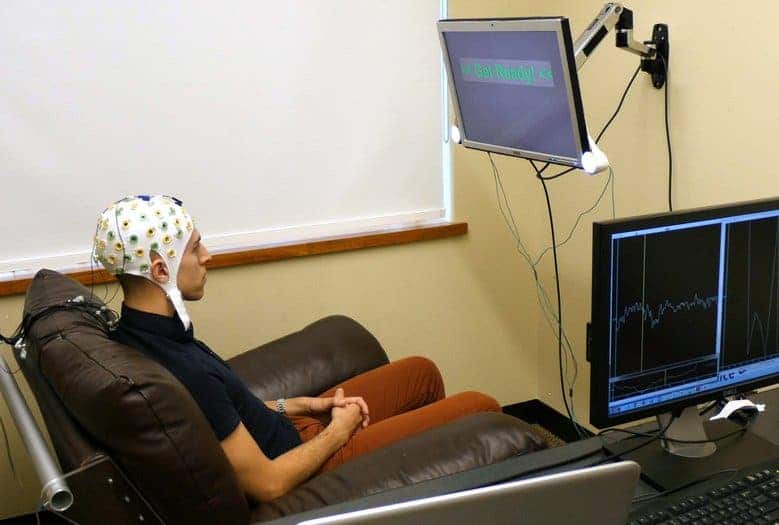 Naturally, I’d be really skeptical of such a study, but it seems to pass all the scientific requirements.

The experiment was carried out in dark rooms in two UW labs located almost a mile apart and involved five pairs of participants; the researchers also took the necessary measures to ensure that participants couldn’t use clues other than direct brain communication to complete the game. The inquirers also wore earplugs so they couldn’t hear the different sounds produced by the varying stimulation intensities of the “yes” and “no” responses.

“We took many steps to make sure that people were not cheating,” Stocco said.

This is not the first time a brain-to-brain connection was demonstrated, but it’s the first time a true telepathic communication was established and demonstrated. The team is also working on transmitting brain states – for example from an alert person to a sleepy one, or from a concentrated person to someone with ADHD.

“Imagine having someone with ADHD and a neurotypical student,” Prat said. “When the non-ADHD student is paying attention, the ADHD student’s brain gets put into a state of greater attention automatically.”

Telepathy has fascinated humans for centuries, and now, for the first time, we may actually achieve it – not through some supernatural ability, but through science.

“Evolution has spent a colossal amount of time to find ways for us and other animals to take information out of our brains and communicate it to other animals in the forms of behavior, speech and so on,” Stocco said. “But it requires a translation. We can only communicate part of whatever our brain processes. What we are doing is kind of reversing the process a step at a time by opening up this box and taking signals from the brain and with minimal translation, putting them back in another person’s brain,” he said.

Finland is definitely one of the countries leading the technological development in numerous fields; the latest in their plans is to offer high speed internet to ALL of its inhabitants by no later than 2015.

“The target set by the government will be reached on schedule, or even ahead of it,” the ministry said in a statement.

The government plans to offer connections of at least 100 Mb per second to everybody… but… doesn’t Finland have any homeless people ?

What you see may be very much related to what you’ve just felt. Even though we were taught at school that each sense is processed in another area of the brain it seems that this theory may be wrong and that there is a lot more to understand about the way human brain works.

As an example, a light ripple of pins moving up the fingertip tricked the subjects of a study into perceiving some lines moving on a screen as moving down, and the other way around. So, there is something going on.

Some recent studies have proved that the way our brain works –  in this case processes the most important senses – is far more complex than thought for decades. Firstly, it was discovered that hearing and seeing are related to each other, but now it seems that this is far from being the end of the story.

In order to take the theory even further, a trick of perception named aftereffect was used by scientists, a phenomenon that occurs for example when watching a waterfall. Staring at it for some time will eventually make one perceive the stationary rocks as moving up. This happens because the neurons which are in charge of the “down” get tired while the “up” ones are still fresh and create this impression.

But what interested the researchers was the aftereffect caused by the sense of touch. A small gadget of the size of a stamp made of 60 pins in rows was used throughout the study as the participants were asked to rest a finger on top of it. Some of the rows were raised at different times, thus creating a gentle prodding movement which was directed away or toward the person, for ten seconds. Then, the subjects were asked to look at a computer screen on which they could see common patterns of white and black horizontal lines. The lines were constantly moving and switching places, but their entire movement could be characterized as upward or downward.

Simple task, isn’t it? Well, not when the brain has a lot of stimuli to cope with. This is why the subjects who had felt the lines on the little device going up perceived the lines on the screen as going down and the other way around. This is the the visual aftereffect. A touch aftereffect can also be induced as watching lines going up on a screen made the participants feel the pins as going down.

Now it seems quite clear that sight and touch are connected to a larger extent than it was expected. Now, the next step is to find where exactly in the brain the connection is created.