New research at the University of California, Davis with support from U.S. Geological Survey (USGS), Cal Fire, and the U.S. Forest Service aims to understand how forests regenerate after wildfires.

The team has managed to create a predictive mapping tool that showcases where forests may have trouble regrowing after burning down. This tool can be used to nurture those areas that could have trouble recovering on their own, an especially important task in the wake of the massive wildfires we’ve seen in Australia and the USA this year.

“Managers need timely and accurate information on where reforestation efforts are needed most.”

Wildfires might char whole forests down to the ground, but there will always be saplings to start anew — at least, that’s what we like to think. There are, in fact, multiple factors that influence whether, and how fast, a forest can regrow after such an event; understanding what these are and how they interact in the real world can thus help preserve forests even after they have burned down.

The new tool, known as the Post-fire Spatial Conifer Regeneration Prediction Tool (POSCRPT), aims to give forest managers a way of estimating which areas will regrow naturally after a fire, and which are likely to need some help to do so. It produces results within weeks of a fire, too, meaning steps can be taken quickly to prevent long-lasting forest losses.

POSCRPT was developed from data recorded in the USA in the wake of the massive wildfires that swept through California. The team found that conifers (which dominate North America’s forests) are less likely to recover after a fire if seedlings have to face drier conditions. This is especially pronounced in low-lying forests that already experience frequent periods of drought, the team explains.

Fewer conifers are expected to regrow in California’s lower elevation forests due to climate change and its associated drought conditions, the team adds.

“We found that when forest fires are followed by drought, tree seedlings have a harder time, and the forest is less likely to come back,” said Stewart.

The study recorded post-fire recovery data from more than 1,200 study plots in 19 wildfires that burned between 2004 and 2012, and 18 years’ worth of forest seed production data. This was put together with multispectral satellite imagery, forest structure maps, as well as data pertaining to climate and other environmental factors. The end result was a model of how seed availability and forests’ regeneration probabilities vary for different groups of conifers.

A prototype has been used over the last few years by forest managers, the authors explain — the latest update includes more in-depth information on post-fire climate and seed production and also has an improved web interface.

“This work is a great example of how multiple partners can come together to solve major resource management problems that are arising from California’s climate and fire trends,” said co-author Hugh Safford, regional ecologist for the USDA Forest Service’s Pacific Southwest Region and a member of the research faculty at UC Davis.

The paper “Effects of postfire climate and seed availability on postfire conifer regeneration” has been published in the journal Ecological Applications. 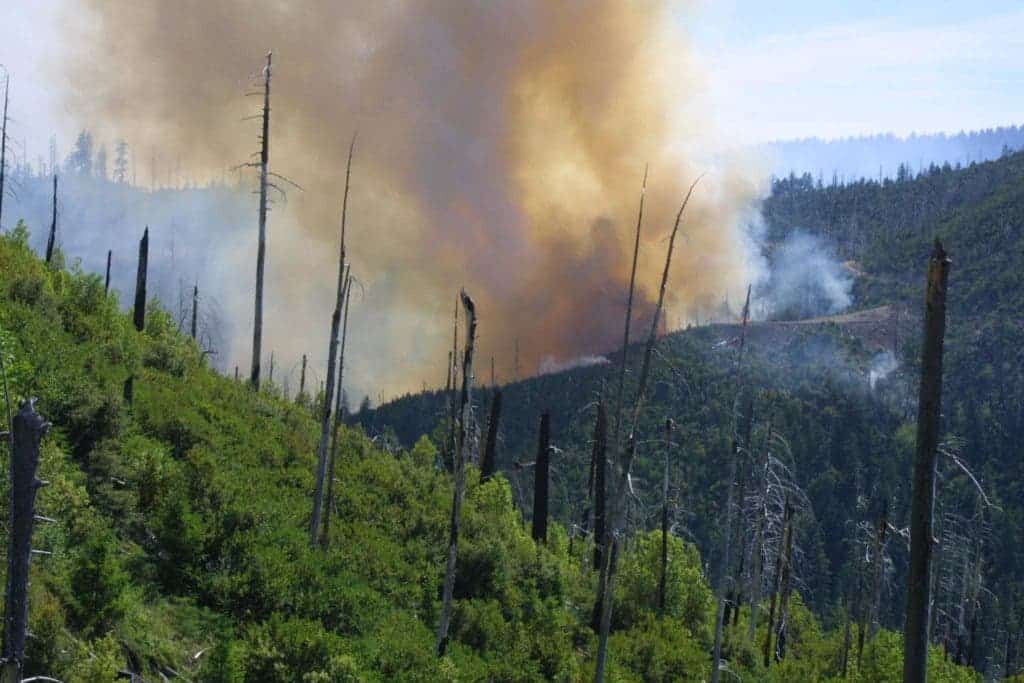 The 2002 Biscuit Fire returns the area of the 1987 Silver fire. Credit: Thomas Link.

Harvard University ecologists zoomed in on a region called the Klamath, a pocket of the Pacific Northwest. It’s one of the most biophysically complex areas in North America and a huge carbon sink. There are 29 species of conifers and various rare plants that grow only here in the entire world.

These sort of forests are well-adapted to wildfire but even the most resilient species may find it difficult to recover in the face of abrupt climate change. The wildfires are becoming more severe, a prime example being 2002’s Biscuit Fire, which burned 500,000 acres. In between the next forest fire, the conifers have to compete with more fire-resilient shrubs and other species, which can grow more quickly.

Thompson and colleagues simulated the next 100 years of forest dynamics in the Klamath, based on different climate change projections. Although the projections ranged from conservative to extreme, under all scenarios droughts are set to intensify, which will reduce plan survival overall.

“The Klamath is a challenging place to model future forests because the global models of future climate change (the Global Circulation Models) don’t agree about future precipitation in the region.  The models agree that it will be warmer, but some predict wetter and some drier.  So we ended up running all the analysis with four different climate change projections. Not surprisingly, the drier climate scenarios were associated with the largest losses of conifer forests,” Jonathan R Thompson, senior ecologist at Harvard Forest and Principle Investigator of the research project, told ZME Science. 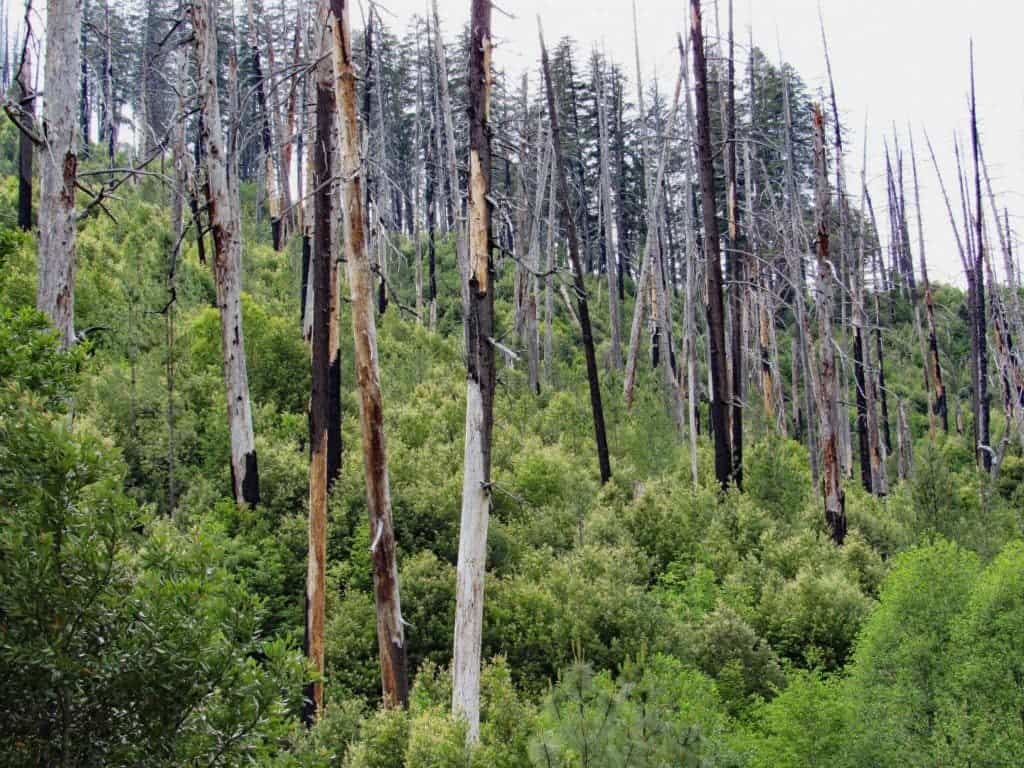 Climate change will increase the intensity and frequency of wildfires in the region, allowing shrubs to prosper, which are able to quickly regenerate. In the process of repeated high severity fires, the shrubs squeeze out the conifers. “This is often referred to as a shrub trap, Thompson said.

What’s more, under warmest climate simulation, the Klamath sees fires that would break all records of burned forest area in the region. Even if recent climate events continue at their current intensity, the Klamath can expect to lose a third of its iconic conifers, destined to be replaced by shrubs over the coming century.

“These forests are among the most carbon dense in the world.  So, the replacement of old conifer forests with shrubs will mean much more carbon in the atmosphere.  It is also a major shift in the fire regime. This region has always supported a low to mixed-severity fires, meaning that frequent fires would perpetuate the forest condition,” said Thompson, who along with colleagues reported the findings in the journal Scientific Reports.

The Harvard researchers are now working with the Forest Service and other forest managers in the Klamath “to develop regional scenarios of land management that might prevent the loss of forests or produce other outcomes the stakeholders see as favorable,” according to Thompson.