A new study by University of Liverpool geologists has uncovered the secrets of one of the planet’s most impressive geological features: columnar basalts, such as those at the Giant’s Causeway in Northern Ireland. 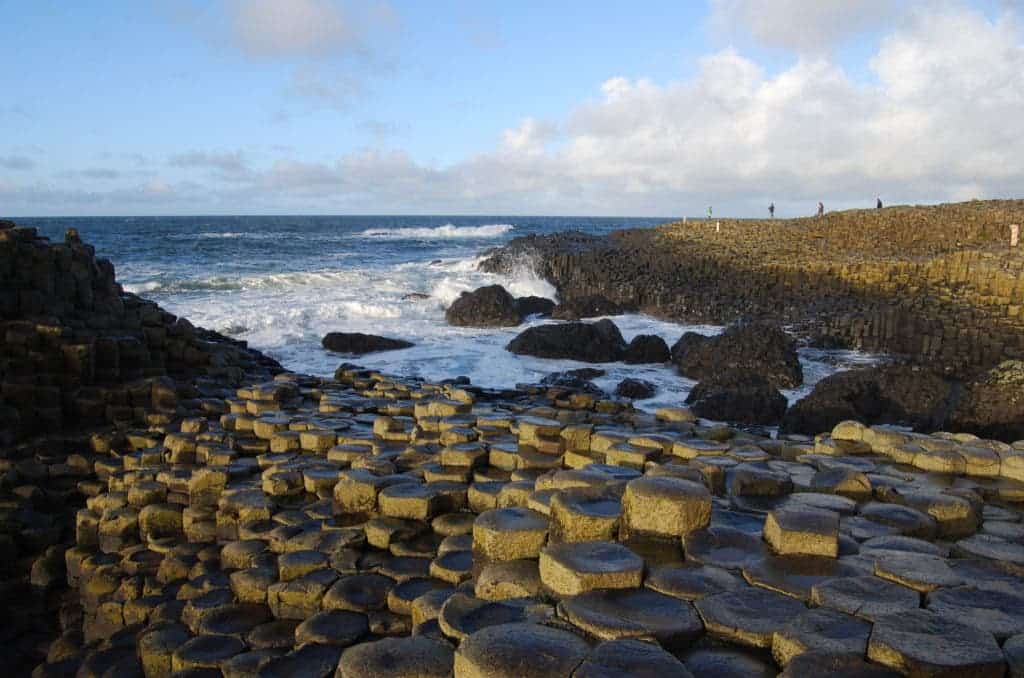 The Giant’s Causeway is an area of 40,000 interlocking geometrical basalt columns which were created after a volcanic eruption some 60 million years ago, during a period called the Tertiary. The resulting columns have regular, hexagonal shapes, which have inspired myths, legends, and most recently, geologists.

When a thick lava flows and starts to solidify and cool down, it compresses and starts to fracture. If it cools down very fast, the compressional forces that act on the lava are very strong and can create a regular, cellular system of fractures. These fractures often create hexagonal structures, though shapes with a different number of sides can also be created. If the conditions are right, the resulting columns have smooth geometric shapes.

Researchers have known about this process for quite a while but the temperature at which this process takes place was still a question mark. Now, University of Liverpool researchers have designed a new type of experiment to show how as magma cools, it contracts and accumulates stress, until it cracks.

They recreated the formation of columnar basalts, finding that they fracture when they cool from around 90 to 140˚C below the temperature at which magma crystallizes into rock — which is about 980˚C for basalts. This means that basalts such as those at the Giant’s Causeway were formed at temperatures of around 840-890 ˚C.

Yan Lavallée, Professor of Volcanology, who headed the research, explains:

“The temperature at which magma cools to form these columnar joints is a question that has fascinated the world of geology for a very long time. We have been wanting to know whether the temperature of the lava that causes the fractures was hot, warm or cold.

“I have spent over a decade pondering how to address this question and construct the right experiment to find the answer to this question. Now, with this study, we have found that the answer is hot, but after it solidified.” 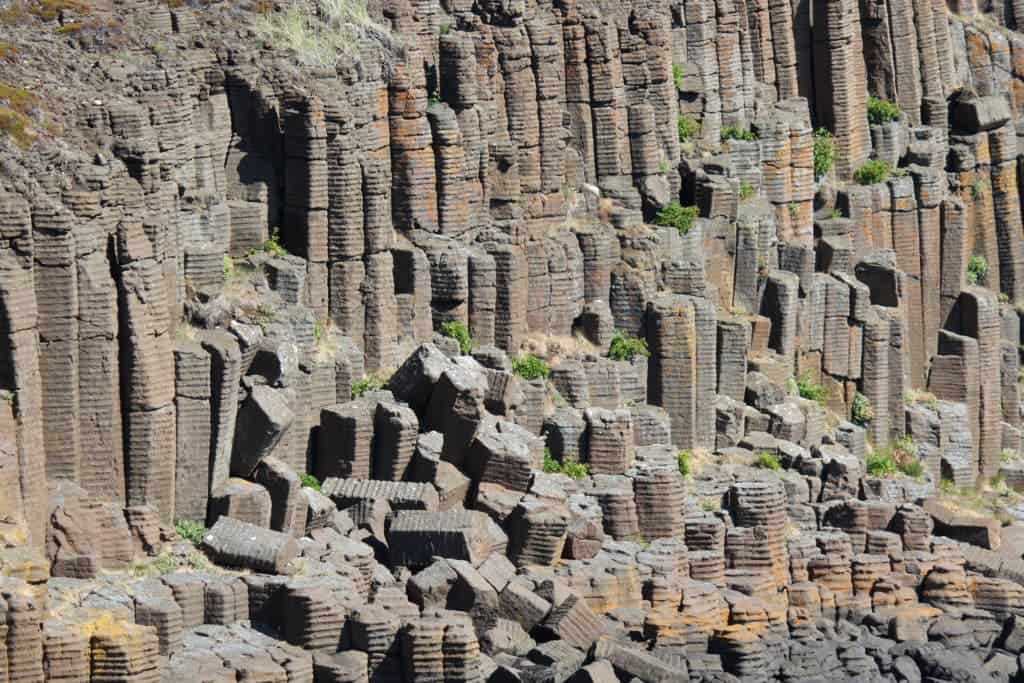 Understanding the thermal constraints of this process is not only important for solving a geological mystery, it could also be useful for geothermal energy harnessing — the point at which magma starts to fracture is also the point at which it initiates fluid circulation in the fracture network.

“Fluid flow controls heat transfer in volcanic systems, which can be harnessed for geothermal energy production. So the findings have tremendous applications for both volcanology and geothermal research,” says Dr Jackie Kendrick, a post-doctoral researcher in the group.

This week, there’s not going to be a picture, but rather a series of picture, because you just can’t sum up the beauty of columnar basalts in a single picture.

While a flow can shrink in the vertical dimension without fracturing, it can’t easily accommodate shrinking in the horizontal direction unless cracks form; the extensive fracture network that develops results in the formation of columns. These columns are predominantly hexagonal in cross-section. The size of the columns loosely depends on the rate of cooling; very rapid cooling may result in very small (<1 cm diameter) columns, while slower cooling leads to bigger columns.