Reaching most headlines this year because of a set of forest fires, the Amazon in South America represents more than half of the remaining rainforest and is one of the most biodiverse places of the world. Nevertheless, the region is already close to its tipping point, researchers warned.

The Amazon has its own hydrological cycle through which rainforest trees regulate evaporation, transpiration, and rainfall in the region. Nevertheless, as tree cover is loss, droughts are intensified. For the rainforest, not getting enough rain means trees die off and transform into a form of savanna or shrubland.

Climate scientist Carlos Nobre and conservation biologist Thomas Lovejoy in a new science policy editorial warned the Amazon is on a self-destruct mode, dealing with the consequences of growing deforestation and the effects of climate change in recent years.

“Current deforestation is substantial and frightening: 17% across the entire Amazon basin and approaching 20% in the Brazilian Amazon,” they wrote in Science Advances. “We are scientists who have been studying the Amazon and all its wondrous assets for many decades. Today, we stand exactly in a moment of destiny: The tipping point is here, it is now.”

For the researchers, the solution to the changes currently experienced in the region is an ambitious reforestation program, improving the quality of life in most Amazonian cities and the development of a bio-economy based on the forest. Plus leaving behind the current drive for agriculture and cattle driving deforestation.

A study by NASA in October recorded a growingly dry Amazon via satellite. Also, in 2018, a study that combined the findings of 103 researchers showed that tree species that were adapted to a wet climate were dying at a record rate, while species adapted to dry weather were thriving.

Moving from a rainforest to a savanna has severe consequences for the Amazon, according to Lovejoy and Nobre. It would mean the release of large amounts of carbon dioxide into the atmosphere, a change in the natural water cycle, likely affecting Brazilian aquifers, and a sudden effect on biodiversity.

Biomes like Amazon have been subject to changes in the past. But the problem here is how sudden the move is and the consequences it brings for species and biodiversity in general. Without further action, researchers warn, the shift to a savanna will happen in just a few decades.

Despite the scenario they describe, Lovejoy and Nobre agree there’s still a way forward. “The peoples and leaders of the Amazon countries together have the power, the science, and the tools to avoid a continental-scale, indeed, a global environmental disaster. Together, we need the will and imagination to tip the direction of change in favor of a sustainable Amazon”.

A few days ago, the health minister in Colombia warned that the country is extremely vulnerable to the Zika virus that’s spreading like wildfire through South America. He was right, as it turns out. Over 2100 pregnant Colombian women are already infected, as Zika has already been confirmed in 23 countries and territories in the Americas – including the US.

Zika virus, related to Dengue and Yellow Fever is spread through mosquito bites. The most common symptoms of Zika virus disease are fever, rash, joint pain, and conjunctivitis (red eyes) – usually mild symptoms that don’t require hospitalization. However, pregnant women are extremely vulnerable to the disease.

In December 2015 when the disease began to spread massively in South America, medics started to suspect that the disease can cause microcephaly – an abnormally small development of the head (for babies). In December 2015, the European Centre for Disease Prevention and Control issued a comprehensive update, warning that Zika is associated with babies with birth defects and poor pregnancy outcomes. The U.S. CDC issued a similar warning, adding that we don’t know yet how many of the microcephaly cases are associated with infection:

However, if possible – precautions should come first. Several governments have already warned women in infected countries to avoid, if possible, getting pregnant; even traveling (as a pregnant woman) to one of these countries. The Colombia government has urged women to delay getting pregnant at least by 6 weeks. Brazil is currently the worst hit country, with over 3,700 cases of microcephaly strongly suspected to be related to Zika.

A ship missing for over 300 years has been rediscovered, according to Colombian authorities – a boat with an estimated $17 billion in loot.

The San Jose blowing up. Image via Wikipedia.

San José was a 60-gun, 3-masted galleon of the Spanish Navy. It was launched in 1698, and was sunk in the battle off the coast of Cartagena in 1708, during a succession war. The war was fought between Spanish forces loyal to the Hapsburg Dynasty and those loyal to Prince Phillip, the next in line for succession. It’s estimated that the ship carried around 10 million pesos at the time, which brings the total estimated value of the haul to be up to $17 billion.

“Without room for any doubt, we have found, 307 years after it sank, the San Jose galleon,” Colombian President Juan Manuel Santos announced at a press conference on Saturday, claiming it for his country (what year is it again?).

However, this hasn’t yet been confirmed by an external scientific body, and the excavation could take years to come. The Colombian government is already treating it as a state secret though, to avoid plundering. They claim it’s in a different location than any previous claimant.

“The heat of the blast came very hot upon us, and several splinters of plank and timber came on board us afire,” English Commodore Charles Wager, who led the the four-ship squadron that fought the Spanish treasure ship, wrote. “I believe the ship’s side blew out, for she caused a sea that came in our ports. She immediately sank with all her riches,” Wager said.

During the battle, the powder magazines of San José detonated, destroying the ship with most of her crew and the gold, silver, emeralds and jewellery collected in the South American colonies to finance the Spanish king’s war effort. Other individuals claim to have found the wreck in other places, but its exact whereabouts remained a mystery. 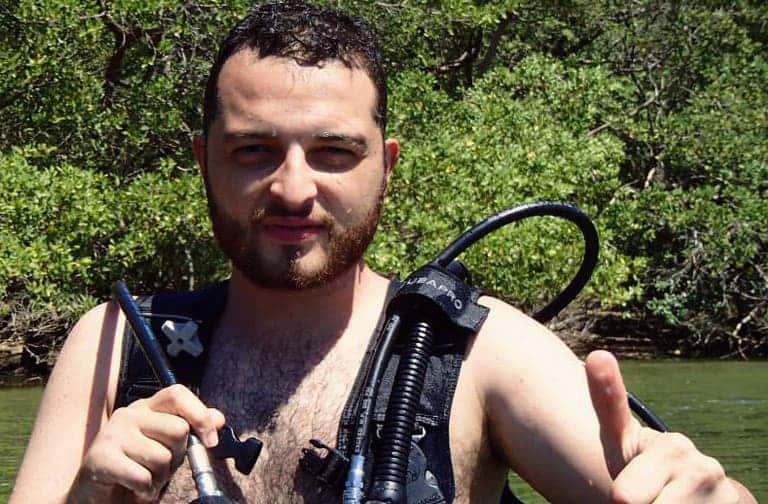 Colombian college student Diego Gomez faces jail time after he shared on Scribd a thesis written by another scientist. The act violates strict copyright laws in the South American country.

In 2011, Diego Gómez Hoyos posted someone’s thesis about amphibian taxonomy on scribd while still an undergrad, hoping that by sharing the work he would help other fellow biology students. Come 2013, Hoyos was sued by the owner of the work and now faces copyright charges that, if found guilty, could have him jailed for up to 8 years.

Hoyos quickly withdrew the paper from website as soon as he received the copyright infringement notice, but either way his case already came to the attention of the Colombian court.  The country revised its copyright bill in 2006 following a free trade agreement it signed with the United States, to protect foreign interests. It’s unclear how Colombia modeled its copyright law, considering the US has only a couple of criminal penalties for cases of extreme copyright infringement, while Columbia seems to treat cases indiscriminately.

[ALSO READ] How much is your university paying for journal access

“It is a really awful, disturbing case, for the complete lack of proportionality of the trial,” says Michael Carroll, director of the Program on Information Justice and Intellectual Property at the American University and member of the board of directors of the Public Library of Science. “In copyright systems all over the world we see authors of extreme claims but most other countries would filter out this case,” he adds.

Hoyos is now being backed by the Karisma Foundation, a human rights organization in Bogotá, which has launched a campaign called “Sharing is not a crime”.

“Lawmakers in developing countries, in their commitments to these kind of agreements, often don’t strike a balance,” says Carolina Botero, a lawyer at Karisma Foundation. “Reproducing a work without permission is not enough to face a criminal trial: it should have been done for profit, which is not the case,” she says.

Hoyos has refused to reveal the name of the copyright owner to avoid any kind of pressure that might fall upon the author. Still, he is in a very delicate situation. If found guilty, Hoyos, now pursuing a  master’s degree in conservation of protected areas at the National University of Costa Rica in Heredia, faces between 4 and 8 years in jail.

“My lawyer has tried unsuccessfully to establish contacts with the complainant: I am open to negotiate and get to an agreement to move this issue out of the criminal trial,” he told Nature.

The case has left Gómez feeling disappointed. “I thought people did biology for passion, not for making money,” he says. “Now other scientists are much more circumspect [about sharing publications].”

It’s cases like these that should prompt policymakers to adopt an open-access approach, for the greater good of science. Vanity and profit should have no place in these sort of discussions.