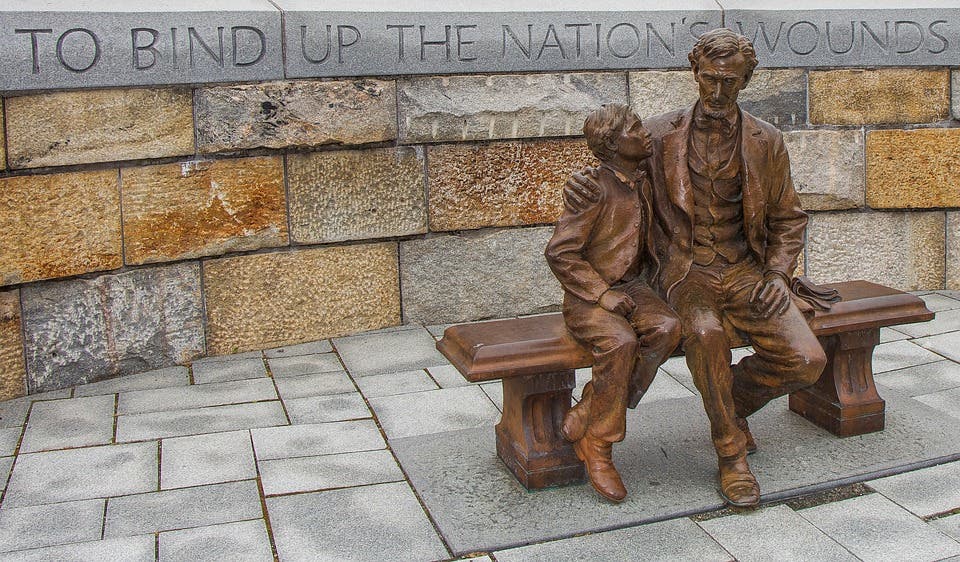 At the height of the Civil War, the paper reports, the Confederate Surgeon General released a guide of traditional plant remedies from the South that battlefield physicians could draw upon when faced with shortages of conventional medicine. Three of the plants in this guide — white oak (Quercus alba), tulip poplar (Liriodendron tulipifera), and devil’s walking stick (Aralia spinosa) — have antiseptic properties that could be useful today, the authors explain.

The seeds of salvation

“Our findings suggest that the use of these topical therapies may have saved some limbs, and maybe even lives, during the Civil War,” says Cassandra Quave, senior author of the paper and assistant professor at Emory’s Center for the Study of Human Health and the School of Medicine’s Department of Dermatology.

The team found that extracts from these three plants have significant antimicrobial properties in the face of three dangerous species of multi-drug-resistant bacteria: Acinetobacter baumannii, Staphylococcus aureus, and Klebsiella pneumoniae. These bacteria are often seen in wound-associated infections.

Quave’s research focuses on understanding the role of plants in traditional healing and other practices, a field known as ethnobotany.

“Ethnobotany is essentially the science of survival—how people get by when limited to what’s available in their immediate environment,” she says. “The Civil War guide to plant remedies is a great example of that.”

“Our research might one day benefit modern wound care, if we can identify which compounds are responsible for the antimicrobial activity,” adds Micah Dettweiler, the first author of the paper.

If the active ingredients in these plants are identified, explains co-author Daniel Zurawski from the Wound Infections Department at the Walter Reed Army Institute of Research, they can be tested through modern “models of bacterial infection.” In a way, he says, this is mixing the “wisdom of our ancestors” with modern techniques to create new solutions for the problems we’re facing today.

Around 1 in 13 soldiers that lived through the Civil War went back home with missing limbs, the authors report. “Far more Civil War soldiers died from disease than in battle,” Zurawski explains, adding that he was surprised to see how “common amputation was as a medical treatment for an infected wound.” At the time, germ theory was still crude, and very much a work-in-progress. The training medical personnel at the time received was also shoddy at best.

An antiseptic was simply defined as a tonic used to prevent “mortification of the flesh.” Iodine and bromine were sometimes used to treat infections, according to the National Museum of Civil War Medicine, although the reason for their effectiveness was unknown. Other conventional medicines available at the time included quinine for treating malaria, and morphine and chloroform to block pain.

The Confederacy, however, didn’t have reliable access to these compounds. In the 1863 copy of “Resources of the Southern Fields and Forests,” Francis Peyre Porcher (who was commissioned by the Confederacy for this task) set about detailing alternatives to the essential but lacking medicine. Porcher was a botanist and surgeon from South Carolina, and his book represents a compilation of medicinal plants of the Southern states, including plant remedies used by Native Americans and enslaved Africans. Among others, the book contains a description of 37 species for treating gangrene and other infections. His work formed the foundation upon which Samuel Moore, the Confederate Surgeon General, produced the “Standard supply table of the indigenous remedies for field service and the sick in general hospitals.”

The team collected samples of the three plants from around their university’s campus, abiding to the specifications Porcher set out in his book. Extracts were produced from white oak bark and galls; tulip poplar leaves, root inner bark and branch bark; and the devil’s walking stick leaves, and were then tested on multi-drug-resistant bacteria commonly found in wound infections.

Staphylococcus aureus is considered the most dangerous of the staph bacteria, and can spread from skin infections or medical devices to infect internal organs. Klebsiella pneumoniae is a leading cause of hospital infection and can result in life-threatening cases of pneumonia and septic shock. Aceinetobacter baumannii is particularly worrisome as it exhibits extensive resistance to most first-line antibiotics, and is closely associated with combat wounds. Extracts from the devil’s walking stick inhibited both biofilm formation and quorum sensing — a signaling system that staph bacteria use to manufacture toxins — in S. aureus.

“There are many more ways to help cure infections, and we need to focus on them in the era of drug-resistant bacteria,” says Quave.

“Plants have a great wealth of chemical diversity, which is one more reason to protect natural environments,” Dettweiler adds.