The Komodo Dragon Chilli doesn’t look like much; it’s pretty small, reddish (but not very bright) and a bit shriveled; but this pepper measures 1.4 million Scoville units – the official measure of chilli potency. Yes, that’s a lot. 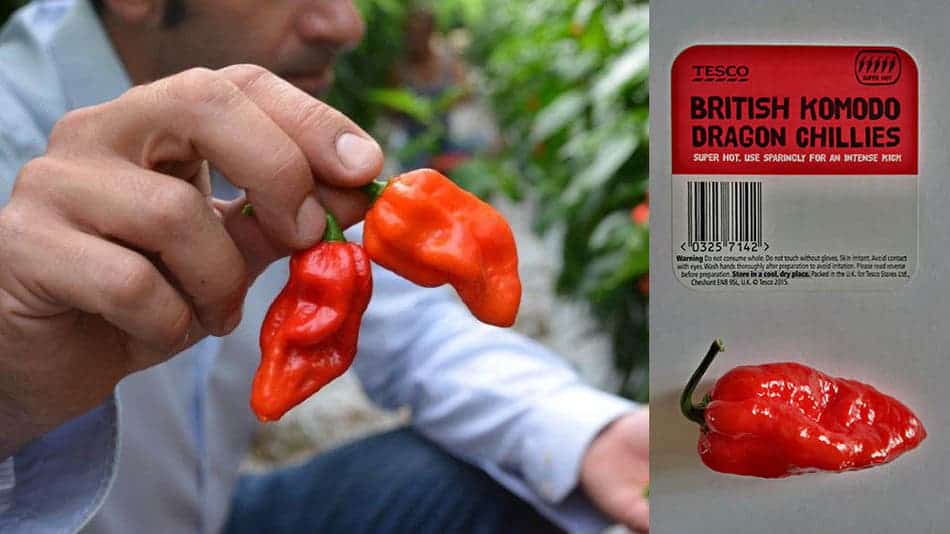 “Do not consume whole,” reads the mildly unnerving warning label on the packet. “Do not touch without gloves.” 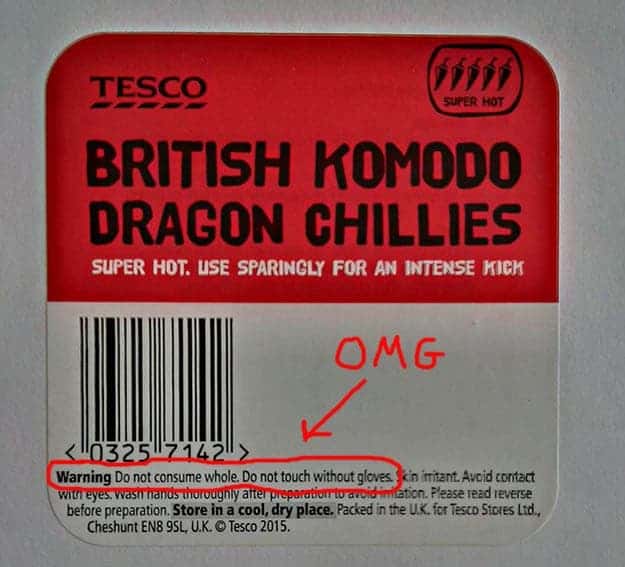 The pepper is now available in Tesco stores in the UK and Europe, ready for every hot food conquerer to test their taste buds. The Komodo Dragon was grown in Bedfordshire by chilli-farmer Salvatore Genovese.

“It’s the really hot ones that gain the most interest and so each year I try and grow one hotter than the last,” said Genovese. “The Komodo Dragon should be livening up meal times over the coming months. I’d seriously advise anyone not experienced in eating really hot chilli peppers to have some milk or yoghurt ready as a standby to douse the flames!”

The Komodo Dragon Chillis aren’t the hottest ones available – the Carolina Reaper is almost twice as hot, at 2.2 million Scoville units, but it’s not commercially available.