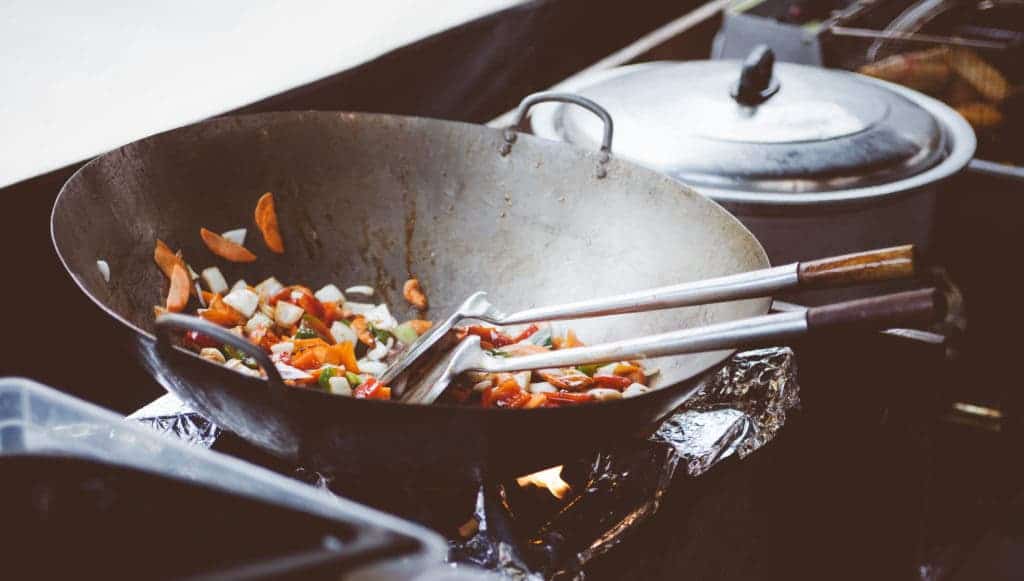 Chemical compounds used in the manufacturing of non-stick pots and pans, stain-resistant clothing and carpets, and food packaging might be putting people at risk of becoming obese. A new study found an association between chemicals called perfluoroalkyl substances (PFASs) and high levels of obesity, which scientists hypothesize could be disrupting the body’s ability to burn calories properly.

The team at Harvard University led by Qi Sun, an associate professor at the university’s Department of Nutrition, analyzed the records for 621 overweight and obese individuals who were followed for two years as they dieted.

Over the first six months of the trial, participants had lost 6.4 kg, but somewhat expectedly regained 2.7 kg over the course of the following 18 months. What was surprising, however, was that those who gained the most weight back also had the highest blood concentrations of PFASs, and this was particularly true for women.

According to the study published in the journal PLOS Medicine, women with the highest PFAS levels gained about 2 kg more than those with the lowest levels of PFASs. Upon closer investigation, the researchers found that those with PFAS levels in their blood also burned calories slower, having a lower resting metabolic rate.

The scientists were quite fortunate to complete their investigation: the diet trials were conducted in the 2000s, and along the years the samples had been drained for other research.

“When this project was funded, plasma samples collected from study participants in the POUNDS-Lost trial were almost depleted because they were used for other projects over the years. These precise samples have to be shared among trial investigators. One of the most memorable and happiest moments was when Dr. Jeremy Furtado (our lab director) finally found enough samples in freezers!” Sun told ZME Science in an email.

PFASs have been employed in the manufacturing of a wide range of products in the last 60 years from food wrapping to pots to clothing. These are very persistent chemicals that, once in the bloodstream, stay there and accumulate, potentially causing chronic illnesses. Highly fluorinated chemicals have been previously associated with kidney and testicular cancer, elevated cholesterol, decreased fertility, thyroid problems, and hormone disruption.

The new findings now suggest that PFASs are also obesogenic — chemicals that promote excess weight gain and obesity. PFASs may be acting on a pathway that slows down the metabolism, though more research is needed to investigate this relationship, as this cannot be determined from a causal study.

“Given this is the first human study that linked PFASs with weight regain after dieting, I would like to call for replications and further research for mechanisms. Having said this, I think the public should be aware of the issue of PFASs exposures and associated potential health consequences,” Sun told ZME Science.

“I personally avoid using products that contain PFASs whenever possible. For example, I primarily use cast iron instead of nonstick cookware to cook dinner and do not eat fast foods, including popcorn, that can be contaminated by PFASs through contact with food packaging materials,” he advises.

The surface of the red planet could be bacteriocidal due to the presence of chemical compounds called perchlorates. Researchers at the University of Edinburgh, UK, ran experiments that showed when the chemicals interact with short-wave UV radiation similar to the kind encountered on the surface of Mars, these became toxic. Within minutes, the cells of at least one type of bacteria died.

This computer-generated view depicts part of Mars at the boundary between darkness and daylight. Credit: NASA/JPL-Caltech/Handout

In 2015, NASA confirmed much to everyone’s astonishment that flowing liquid water was spotted on Mars. Surveys showed that seasonal dark streaks appear like spots on the planet’s surface, on the slopes of mountain ridges. Data from NASA’s Mars Reconnaissance Orbiter (MRO) later revealed the chemical makeup of the dark streaks: water mixed with salt brine, perchlorate salts to be more precise.

These compounds are quite widespread here on Earth and the chemical makeup reported from the recurring slope lineae (RSL) is very similar to that found in the Atacama Desert in Chile. Here very salty, briny water can be found and inside it, all sorts of microorganisms lurk.

The presence of oxidants in the Martian soil was first suspected during the Viking Lander missions but scientists were skeptical, considering the signal a terrestrial contamination. Later missions, however, like an analysis of Martian soil using the Sample Analysis at Mars instrument (SAM) on the Curiosity rover or MRO’s spectroscopically detected hydrated salts from orbit proved without a reason of a doubt that magnesium perchlorate, magnesium chlorate, and sodium perchlorate are native to the surface. NASA’s Phoenix lander spotted perchlorate near the North Pole and  Curiosity spotted it near the equator, so the substance is probably spread evenly across the planet.

The trouble with perchlorates is that — although they are stable at ambient temperature — they turn into highly oxidizing agents once heated. Jennifer Wadsworth and Charles Cockell, both from the UK Centre for Astrobiology, School of Physics and Astronomy at the University of Edinburgh investigated the potential reactivity of perchlorates and their effect on the viability of Bacillus subtilis, a common contaminant found on spacecraft.

“We chose it as it is a well-understood kind of bacteria and its spores are often found in clean rooms where space equipment is assembled. This means it could be a potential contaminant when we send the equipment to other planets,” Wadsworth told ZME Science.

The two subjected perchlorates to a monochromatic UV radiation source at 254 nm, which is akin to the exposure one gets on the Martian surface. At perchlorate concentrations similar to those found in Martian surface regolith (the mixture of dust, soil and broken rocks), the vegetative cells of B. subtilis lost viability after 30 seconds exposure. By contrast, the control cells exposed to UV radiation without perchlorate took 60 seconds to be completely sterilized, the researchers wrote in Scientific Reports.

Experiments were carried out under various Martian analogue conditions. To simulate a rocky environment akin to that found on Mars, the researchers studied cells deposited within silica discs. Then, the liquid and rock analogue environments were irradiated under anaerobic conditions, polychromatic irradiation and low temperature. All of these scenarios rendered biological damage. What’s more, iron oxides and hydrogen peroxide, two other major components of the Martian surface, seem to act in synergy with the perchlorates causing a 10.8-fold increase in cell death when compared to the only perchlorates reaction.

“It was very exciting to observe the clear reduction in bacteria numbers when irradiated in the presence of perchlorate. It was one of the first experiments we did and as soon as I had analysed the data, I knew we were on to something potentially interesting,” Wadsworth recounted.

Scientists have always known perchlorates spell bad news for life and this paper only boasts suspicions that the Martian surface is highly toxic.

“Perchlorate is not good for people. We have to figure out, if humans are going to come into contact with the soil, how to deal with that,” said in 2013 Laurie Leshin, lead author of a paper about water on Mars and dean of the School Science at Rensselaer Polytechnic Institute. “That’s the reason we send robotic explorers before we send humans — to try to really understand both the opportunities and the good stuff, and the challenges we need to work through,” Leshin added.

Does this mean that alien life on Mars is impossible? Not necessarily, although the findings certainly lower the odds of something like this happening.

“We don’t know exactly how far reaching the effect of UV and perchlorate would penetrate the surface layers, as the precise mechanism isn’t understood. If it’s the case of altered forms of perchlorate (such as chlorite or hypochlorite) diffusing through the environment, that might extend the uninhabitable zone,” Wadsworth told me.

There’s still a glimmer of hope that life might be present below a thick blanket of soil that shelters it from harmful UV radiation.

“If you’re looking for life you have to additionally keep the ionising radiation in mind that can penetrate the top layers of soil, so I’d suggest digging at least a few meters into the ground to ensure the levels of radiation would be relatively low,” Wadsworth added.

We might learn more 2020 onward when the European Space Agency will send its ExoMars rover to the red planet on a mission to search for alien life. The rover is equipped with a drill that can bore to up to two meters into the ground to retrieve samples.