It’s been just over a year since China’s Chang’e 4 landed on the dark side of the moon. Since then, it identified what appear to be mantle rocks on the surface, grew a few plants (a first on the moon), and took a number of amazing photos.

Here are some of them.

Since it has landed on the Moon, Chang’e 4 has been pretty busy. While no groundbreaking results have been released yet, the lander moved quite a bit, “looking” at rocks and making geophysical observations as it went.

It was the first lander on the dark side of the moon. While several satellites and astronauts have arrived at the moon, none have ever reached the far side until now.

The mission has already amassed a library of a few thousand photos — not just meant to serve as witnesses to lunar beauty, but also to reveal important characteristics of the satellite’s surface.

In addition to the high-resolution images provided by Chang’e 4’s landing camera, terrain camera, and panoramic camera, the mission also has a trove of radar and infrared spectrometry data.

The latest batch of images was taken over just 12 lunar days. Because of the way the moon rotates, its day-night cycle lasts just over 29 days — and the mission needs sunlight to function.

Over the time of the lunar nighttime, the instruments are shut down.

The rover has already exceeded its expected lifetime — which was just three months. Having been on the moon for over one year, Chang’e 4 is already doing a fantastic job.

The rover has meandered some 360 meters (1,200 feet) in the Von Kármán crater, a large lunar impact crater that is located in the southern hemisphere.

China is already preparing the mission’s successor: Chang’e 5. The launch is set for 2020, with a more ambitious scope than any of its predecessors. In addition to landing a rover on the moon, Chang’e 5 will attempt to also collect samples from the moon and send them back to Earth.

The goal is to achieve a better understanding of the moon’s geology and facilitate a manned lunar landing at some point in the 2030s. This is also an intermediary step, not the final one.

The mission’s ultimate goal is to build a permanent scientific outpost near the lunar south pole, much like the ISS is an outpost in orbit. The south pole region is rich in water ice, making it one of the best places to build a base.

China isn’t the only country with this in mind: NASA and the European Space Agency are also eyeing lunar outposts within the next decade.

You can view some of the rest of the images in the data release here, converted by Twitter user Technique Speciales, and here processed by Doug Ellison.

China quietly released a new set of images provided by its Chang’e 4 lunar exploration mission. The rover, which became the first mission to ever land on the far side of the moon, shows some features of the lunar surface in unprecedented detail.

China’s mission has already gone as well as you could hope for — if not better. It became the first mission to perform a soft landing on the dark side of the moon, it carried geophysical studies of its landing surface, and it successfully grew potatoes and a few other plants on the moon — marking another impressive first.

The Yutu 2 rover has now traveled a total of 178.9 meters (587.9 feet), which far exceeds the record by its predecessor, Yutu 1, during the Chang’e 3 mission, which managed to travel 114 meters. Durings its latest travels, the rover also snapped a few photographs which it beamed back to Earth, and some of those images have now been released by China’s National Space Administration (CNSA).

The lunar surface, as seen by the Yutu 2 rover. Image: CLEP/CNSA.

The Von Kármán crater, close to where the rover landed, is believed to contain an intriguing mixture of chemical elements, including thorium, iron oxide, and titanium dioxide, which could provide important clues about the origin and evolution of the lunar surface. Researchers hope that the mission will help answer questions about the crater’s surface features and test whether plants could grow in lunar soil.

The mission is also observing low-frequency radio light coming from the Sun or beyond that’s impossible to detect on Earth because there is so much radio noise interfering with it.

Early tracks from Yutu-2 after its descent from the Chang’e-4 lander, visible in the top-left. Image: CLEP/CNSA.

The rover is currently in hibernation mode until April 28. It has already survived for four lunar days and nights, or about 29.5 days on Earth. It’s still going strong, preparing for its fifth lunar night — despite being designed to last for three lunar nights only. Everything that happens now is just a bonus on this already excellent mission. The rover is also turning intermittent naps when it is facing the sun directly, as temperatures soar to 200 degrees Celsius.

Much of the scientific data gathered hasn’t been relayed back to Earth yet. It will take several more weeks before it is all sent back, and a bit more time to analyze it after that. In the meantime, we can all enjoy these crisp images.

China launched a rover over the weekend — the first vehicle humanity has ever sent to the dark side of the Moon. 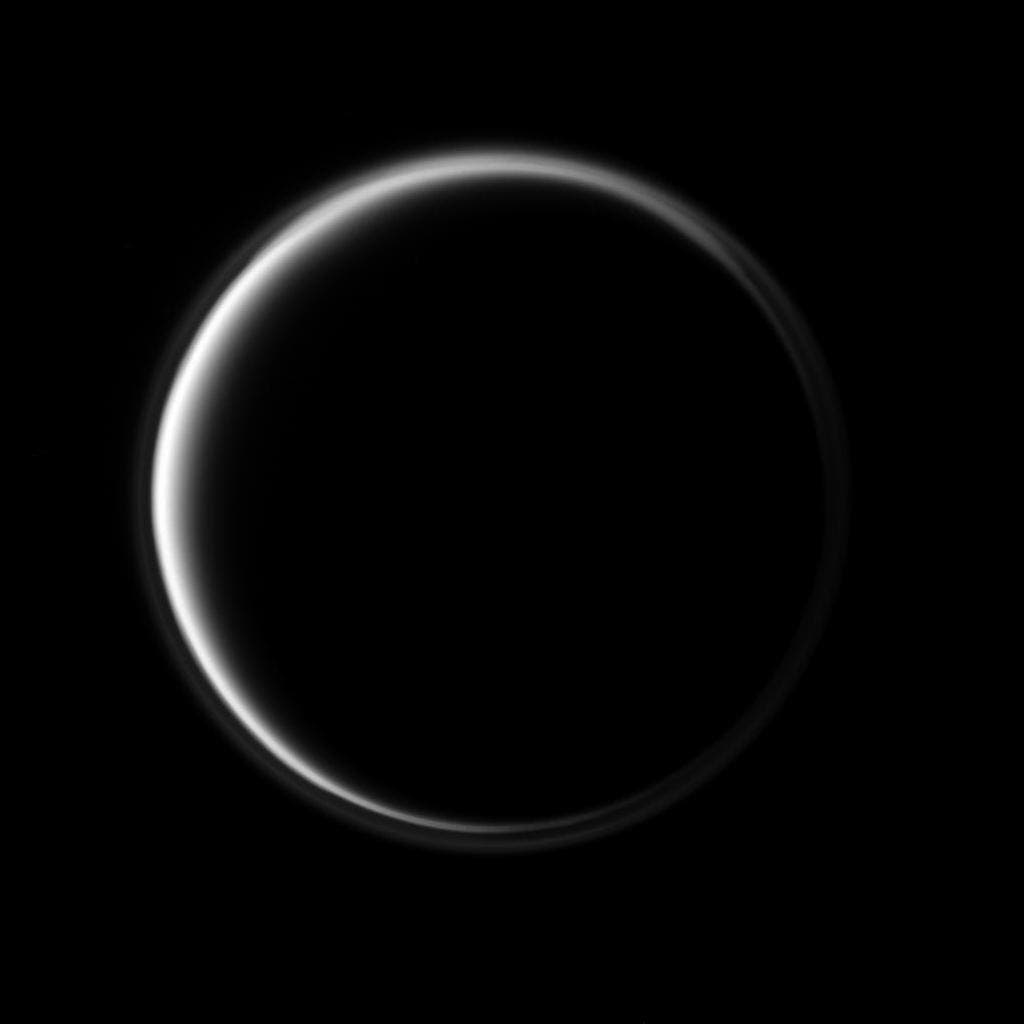 Early last Saturday, China’s Aerospace Science and Technology Corporation (CASTC), the country’s main state-owned space contractor, launched a rover destined to land on the moon’s far (or ‘dark’) side. This vehicle, christened Chang’e-4 after the Chinese moon goddess, should reach its destination around the New Year, officials explain.

Chang’e-4 is the first rover we’ve ever tried to send to the dark side of the moon — and its adventures should help cement Beijing’s ambitions to become a space superpower, state media outlet Xinhua reported. So far, everything is going according to plan. The rover has blasted off aboard a Long March 3B rocket the southwestern Xichang launch center at 2:23 am local time (18:23 GMT) incident.

Chang’e-4 isn’t very groundbreaking from a technical point of view: it’s pretty much a clone of the Chang’e-3 rover which landed on the moon in 2013 (and was built as a backup in case something happened to Chang’g-3). That mission, however, went swimmingly — China managed the first soft landing of any spacecraft on the moon since 1976. Finding themselves with a surplus rover, CASTC outfitted Chang’e-4 with a different set of instruments and sent it to a different location. It is estimated to reach the dark side of the moon around New Year’s, after which it will start surveying the virgin lands — and growing potatoes.

“Chang’e-4 is humanity’s first probe to land on and explore the far side of the moon,” said the mission’s chief commander He Rongwei of CASTC. “This mission is also the most meaningful deep space exploration research project in the world in 2018,” He said, according to state-run Global Times.

It’s not the first time humans or robots make their way to the moon. It isn’t particularly hard to study either (relative to other astral bodies,) since you can actually see it pretty well through amateur telescopes.

But it is the first time we’re sending boots (or rather, wheels) on the ground of that side. One particularity of the moon is that it’s tidally locked: the Earth’s gravitational pull makes it so that one side of the satellite always faces our planet. In fact, no human eyes had ever gazed upon this side of the Moon until 1959, when the Soviet probe Luna 3 captured a few images of it.

The side we see up in the night’s sky is pretty flat and easy to land on. The dark side is very rugged and grooved with mountains. This will likely complicate landing procedures for Chang’e-4 and cause quite a few tense moments at mission control. However, the CASTC crew is confident in their mission. The plan is for the rover to land in the 110-mile-wide Von Kármán crater and become the first to explore this mysterious side of the moon.

“China over the past 10 or 20 years has been systematically ticking off the various firsts that America and the Soviet Union did in the 1960s and 1970s in space exploration,” Jonathan McDowell, an astronomer at the Harvard-Smithsonian Center for Astrophysicsm told Phys.

“This is one of the first times they’ve done something that no one else has done before.”