The blind, pale-pink cavefish has lived in constant darkness for millions of years, which caused it to lose an ancient system of DNA repair. 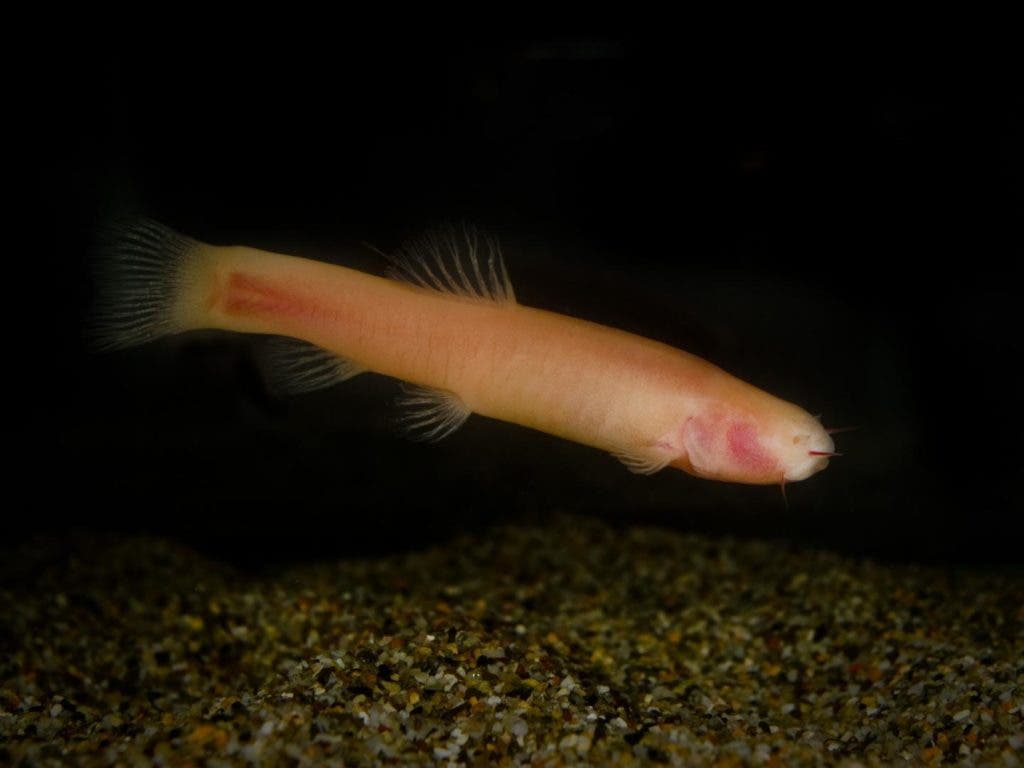 This image shows a Somalian blind cavefish that, after evolving for millions of years in darkness, has lost the capacity to harness light for repairing DNA. Image credits: Luca Scapoli / University of Ferrara.

If you spend an hour in a dark room, you’ll start to notice significant changes. Your eyes start to get used to the darkness, your other senses sharpen, and you might feel a bit weird. Imagine living the rest of your life in darkness — and then your offspring and your offspring’s offspring do the same thing, for countless generations. Much more would start to change than your eyesight.

This is particularly noticeable in the case of cave creatures. The cave is a very specific environment, with little to no light and generally constant temperatures. There are more than 200 scientifically described species of cavefish, all of which show specific adaptations to this environment — and one of them can teach us something very important about mammals, including ourselves.

Organisms such as bacteria, fungi, plants, and even most animals have the ability to harnesses energy from visible light to repair DNA damage induced by ultraviolet (UV) light. But placental mammals don’t. So all these mammals, humans included, probably originate from a creature that somehow lost this ability — just like this cavefish in Somalia.

This supports the theory that the mammals’ ancestor had a subterranean or exclusively nocturnal lifestyle, perhaps as a strategy to avoid being eaten by predators such as dinosaurs.

“We have revealed in a species of blind cavefish the loss of an ancient DNA repair system that is highly conserved,” says Nicholas Foulkes of Karlsruhe Institute of Technology, Germany. “Curiously, the only other animals previously known to lack photoreactivation DNA repair are placental mammals. So, what we see in this species of cavefish may be the first stages in a process that happened before in our ancestors in the Mesozoic era.”

The fish in case, Phreatichthys andruzzii has lived in complete darkness for some three million years, much more than other cavefish which haven’t yet lost this ability. So this gives us an approximate idea of how long it takes for this to happen — an important clue to identifying the mammals’ ancestors.

“Many features of modern mammals, such as the anatomy and function of the eye, show tell-tale features of a nocturnal life style,” Foulkes says. “It means we can now more confidently predict that mammalian ancestors experienced a prolonged period of evolution in complete darkness.”

Now, researchers want to study the fish more and see whether the fish has lost or altered any other abilities that rely on sunlight to function properly.