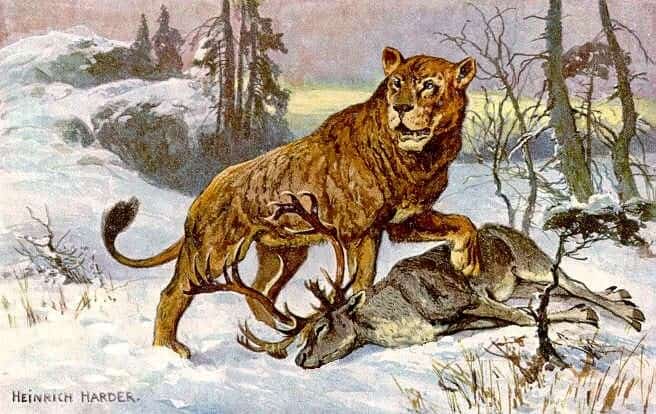 If you were a human living the Paleolithic, every day was a fight for survival. Without agriculture, the struggle for food was real and if that wasn’t enough pressure, countless predators such as wolves and big wild cats lurked around every corner. While sabre-tooth cats also had humans on the menu, the most menacing predator was the cave lion because it could grow to 11 feet long, weighed 700 pounds, and competed for shelter with us.

Some 14,000 years ago all cave lions went extinct and it’s not clear why. As is often the case with the sudden collapse of a megafauna species from the fossil records, some scientists have pointed their finger at human hunting. Now, after studying the remains of cave lions from a massive treasure trove of fossils found in a cavern in northern Spain called La Garma, researchers added weight to this hypothesis. The remains they found showed clear signs of skinning, possibly in a ritualistic manner. 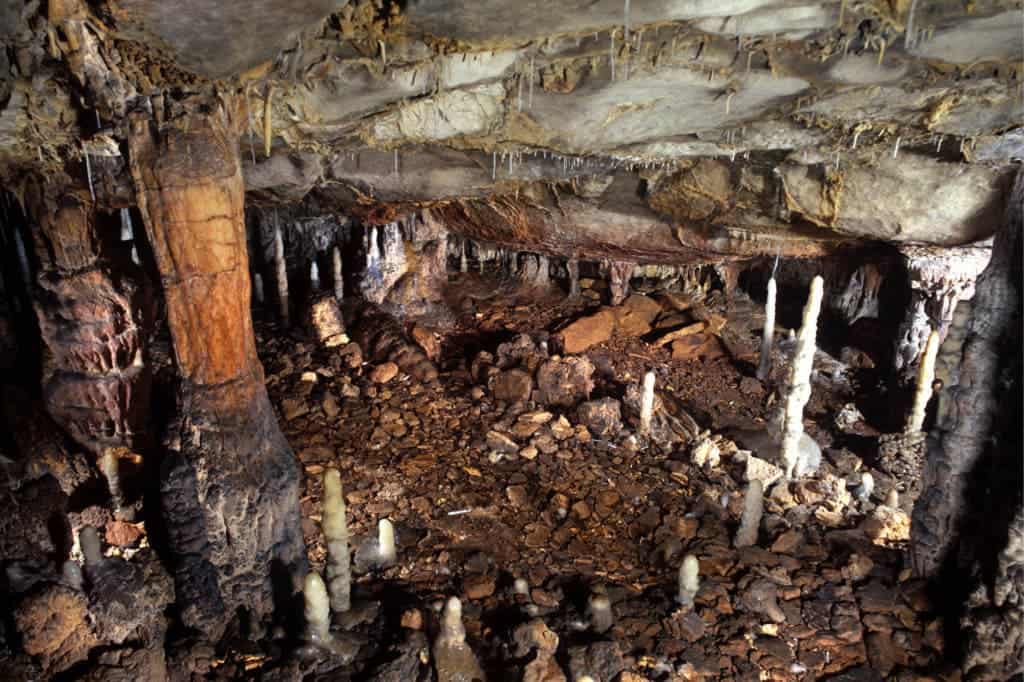 Photo of an area inside the La Garma where the claws were found. Credit: Pedro Saura

The pelts were likely used by the ancient humans to adorn their caves and as trophies, either by hanging them on the wall of the cavern or on the floor as rugs, as lead author Marián Cueto, a zooarcheologist at the University of Cantabria in Spain.

“There are many cases in history in which different societies used carnivore pelts as a symbol of power,” he added.

La Garma cave has always been a source of inspiration for paleontologists, due to the 30,000 different bones found there. Most belong to horses and goats, but cave lion fossils were also uncovered. It was recently shown that the fossils discovered at the site, specifically nine claws, belong to a single individual.

“It was very strange to find only the claws,” said Edgard Camarós, an archaeologist at the Catalan Institute of Human Paleoecology and Social Evolution in Spain. “Everything you have inside this cave was a thing humans introduced to it.”

Each of these claws bears signs of skinning by humans like scrapes and cuts fashion in a manner that resemble techniques used to keep the claws of a hunted animal on its skin. The markings were all very similar implying the Upper Paleolithic hunter was not on his first try and likely skinned other lions before. Maybe he was the go-to person in such situations inside the community.

Radiocarbon dating of the claws revealed the animal lived some 16,000 years ago, making it one of the latest specimens ever recovered. 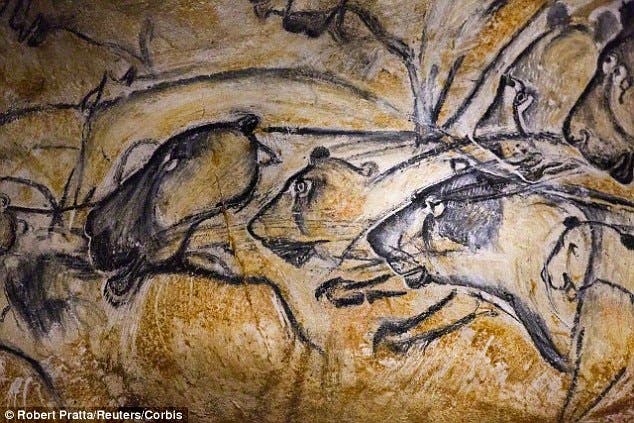 Some paintings of them in caves (a copy is shown from a site in France) show several hunting together, which suggests the hunting strategy of contemporary lionesses.

These latest fossils, coupled with ancient cave paintings and ethnographic analogies, suggests humans skinned the cave lions for ritualistic purposes. The findings also suggest that the cave lion may have been driven extinct by humans, although hunting is not the only factor, as reported in PLOS ONE.

“Our interpretation is that the claws were attached to the skin of the lion,” Dr. Camarós said. “You know those horrible carpets which people have in their house, the bear carpets with the claws and head? This would be very similar but without the head, just the claws and the pelt.”

Paleontologists have unearthed two spectacular cave lion cubs, preserved by the permafrost in the Sakha Republic, also known as Yakutia. 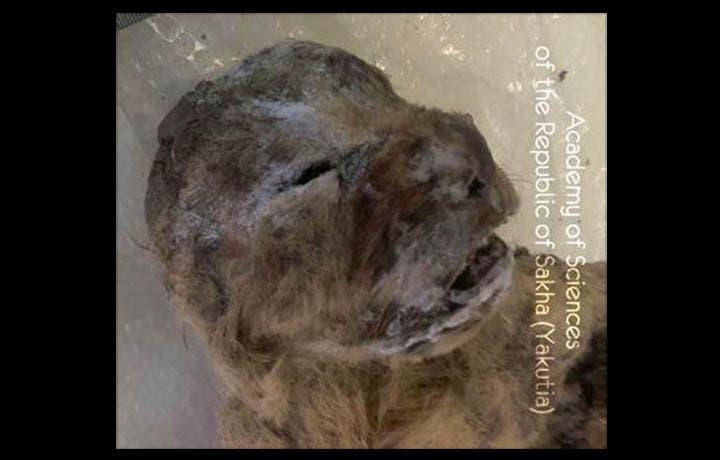 These cubs suffered a tragic fate, but they will now be admired by the entire world. Picture: Academy of Sciences of Yakutia

The last glacial period, popularly known as the Ice Age, was the most recent glacial period within the Quaternary glaciation occurring from 100,000 to 12,000 years ago. At the end of this ice age, several species couldn’t adapt to the changing conditions and went extinct – the so-called sabre-tooth cat, wooly mammoth and cave bears among them.

Another, perhaps less known species that went extinct at the end of the ice age was the cave lion. Cave lions looked more like today’s tigers, although genetic analysis revealed that they are more related to modern lions than tigers. These active carnivores probably preyed upon the large herbivorous animals of their time, including horses, deer, reindeer, bison and even injured old or young mammoths. Some cave paintings show them hunting together in a pack, and likely took cover in caves – hence the name. Most of their bones were found in caves, and there is a pretty good fossil record of them. However, these are the most well preserved fossils ever found. They may very well be the best preserved fossils in the world.

‘The find is sensational, no doubt,’ said a source close to the discovery. It is known the remains are free of dangerous infections such as anthrax following initial microbiological analysis, but no other significant details or pictures will be released before the official presentation, which will take place sometime in November. 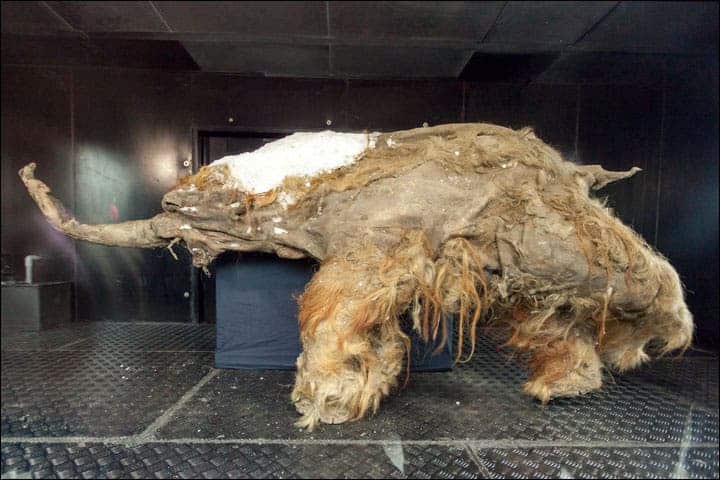 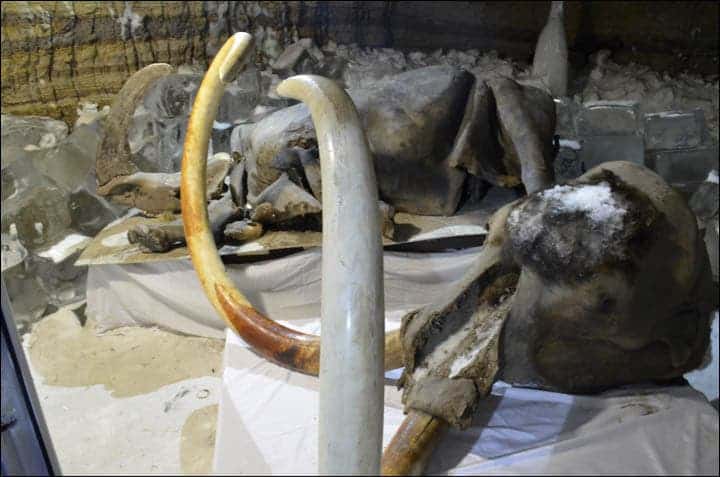 Along with the lions, scientists also found other animals, incredibly well preserved by the permafrost. Pictures: Academy of Sciences of Yakutia, RGO

Like many other animals, they went extinct at the end of the ice age, but their case is a bit more mysterious – they had all the chances to survive the environmental change. They had few, if any predators, they were smaller than herbivores and better prepared for warmer temperatures and were not prone to getting bogged down in swamps, like wooly mammoths or rhinos. These cubs might answer that question.

Paleontologists also made other remarkable findings in the area, which will be presented together at the same presentation in November.