In an effort to estimate the effect of drought on the Brazilian Amazon, NASA has created the first ever 3D model of its canopy. 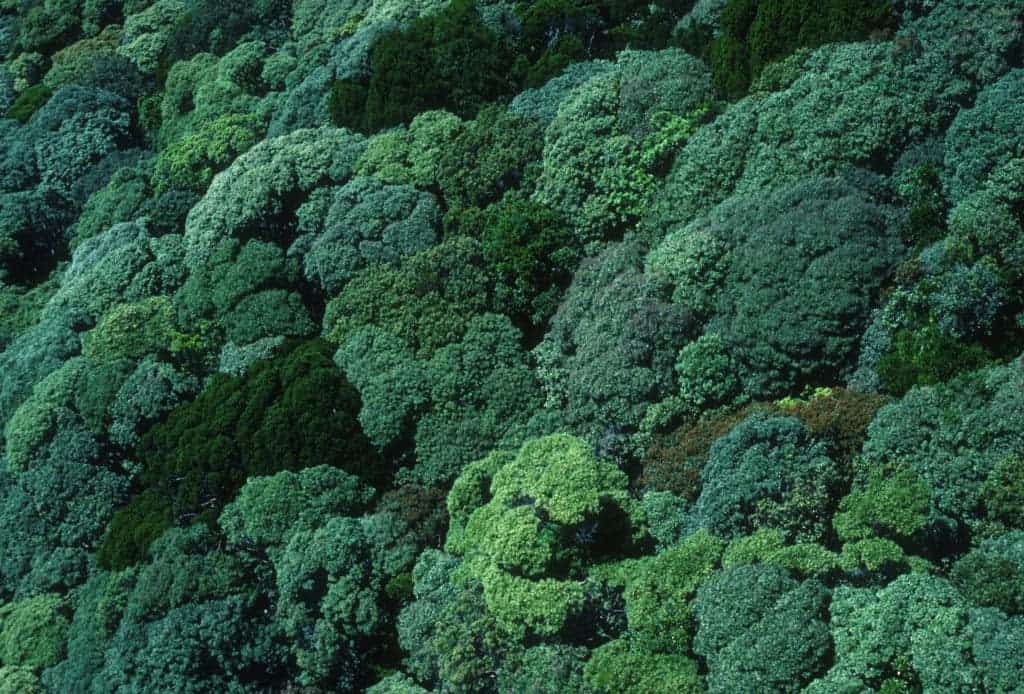 Rainforests are some of the most complex and rich ecosystems on the planet (see here and here). One striking feature of such forests is that their canopies — which can rise up to 15 or even 20 stories high — form ecosystems unto themselves. However, they are in danger.

Climate projections suggest that the Amazon basin will experience warmer and drier conditions in the future. We’ve learned from periods of drought that rainforests don’t handle dryness well. When faced with long periods without rain, rainforest trees risk drying out because there’s not enough water in the soil for them to pump up to the canopies — so they starve.

However, we’re not quite at the point where we can estimate — based on our climate and precipitation projections — exactly how rainforests will react in the future. Simply put, estimating the number of dying or damaged trees (for example, where only branches are falling) is almost impossible. Rainforests are vibrant but chaotic, abundant but densely-packed places, and getting any kind of accurate data on tree health has long been an elusive goal for researchers.

When in doubt, LiDAR the sample

Traditionally, researchers attempted to record this data by hiking through rainforests and surveying a few acres of trees in spots along the way. They would count how many trees were alive, how many were dead, looked at the quantity and types of debris on the ground, and used these readings to estimate forest-wide averages.

Since that has traditionally not-worked-very-well, Doug Morton from NASA’s Goddard Space Flight Center in Greenbelt, Maryland, decided to use an eye in the sky. He and his team used an airplane-mounted light detection and ranging (LiDAR) device to create a 3D model of the Brazilian Amazonian canopy, drawing data from three separate flights in 2013, 2014 and 2016.

LiDAR works largely the same as radar, only it substitutes light in lieu of radio waves. Firing some 300,000 laser pulses a second, LiDAR can provide an incredibly detailed model of an object — much more accurate than what hiking researchers could achieve.

The team flew over two 30-mile (50 km) stretches near the city Santarém in the state of Pará, Brazil: one over the Tapajós National Forest (also in Brazil), and one over privately-owned stretches of the rainforest — most of which are strongly fragmented by human land-use. This region of the Amazon basin typically has a three-month dry season from October through December, the team writes, the same period when surface temperatures peak in the Pacific Ocean (during the El Niño event). El Niño delays the start of the rainy season in the central Amazon, leading to an extended dry season that stresses the trees.

The team used the LiDAR readings to detect gaps in the canopy — areas where a tree or branch had fallen in the months between each survey. They write that between 2013-2014 (a non-El Niño period), falling branches and trees altered around 1.8% of the forest canopy in the examined area. Scaled up over the whole Amazon basin, that would be equivalent to losing canopy trees or branches over 38,000 square miles (98,000 square km).

Even subtle changes add up in the Amazon, Morton says, because it’s such a huge forest. So a subtle shift in precipitation patterns during an El Niño year ends up having a huge impact on the forest’s ability to sequester carbon. Dry periods, in other words, alters the balance between how much carbon the trees store as they grow versus how much they give off when they die and decompose.

However, the drought didn’t selectively affect more tall trees than smaller ones, as previous experiments suggest. This, Morton says, is good news.

“Large trees hold most of the carbon in any forest. If droughts were to preferentially kill large trees, it would boost the total amount of carbon that’s lost from drought as opposed to other disturbance types.”

The team says that understanding the effects of prolonged drought will give us a better sense of what might happen to atmospheric carbon levels if drought events become more common due to climate change.

The paper “El Niño drought increased canopy turnover in Amazon forests” has been published in the journal New Phytologist.