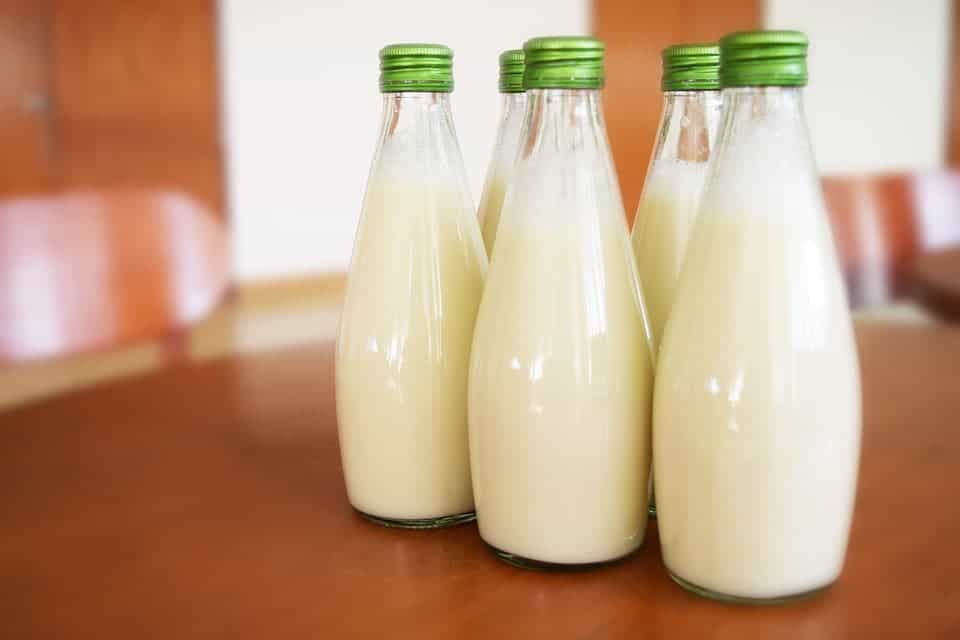 Modern agriculture has a lot of perks. Today, food is plentiful on a scale humans in pre-industrial societies could barely dream of (although we’re still pretty bad at getting it to those who need it the most), consumers have a huge range of options and enjoy very high food security.

But it also comes with its drawbacks — among them, longer distances between farms and consumers. With it came the need to process foodstuffs so they don’t spoil, rot and generally become undesirable by the time they reach our tables. We’ve toyed around with a host of such methods throughout history, and their success (or failure) have shaped whole cultures.

There are simply too many to fit into a single article. So for starters, we’ll talk about one of the most commercially-important methods of preservation in modern industries. A technique that turned milk and dairy from one of the most dangerous and deadly class of foodstuffs in the world to something you can keep fresh and safe for almost a whole year. Today, we’ll be answering the question of:

In short, pasteurization is a process that relies on heat treatment of foodstuffs to kill bacteria, viruses, and other pathogens in foodstuffs. The process was established by Louis Pasteur, a French chemist who tried to enjoy his 1864 vacation in the Arbois region but find it impossible to do so — because local wines were often excessively sour. Armed with his scientific prowess and a Frenchman’s burning love for wine, Louis would spend that holiday developing a method to keep young wines from spoiling. 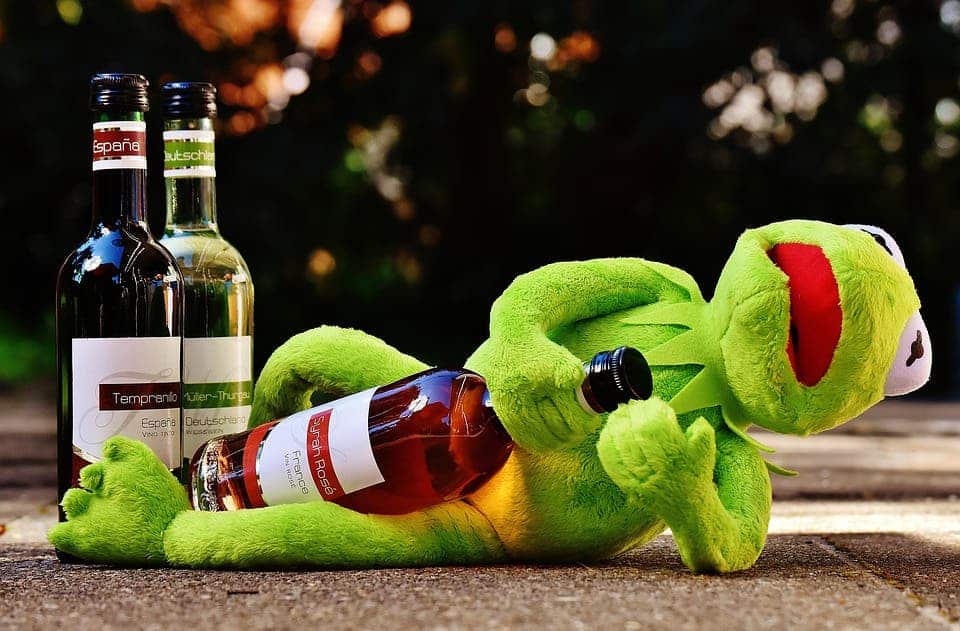 Louis Pasteur, on vacation in 1864, faced with the prospect of yet another bottle of sour wine. Probably.
Image credits Alexa_Fotos / Pixabay.

His work showed that heating the drink even under the boiling point of water (50–60 °C / 122–140 °F) would kill off most germs that caused spoilage (and thus keep the wines from souring) while maintaining flavor and aroma. Still, the process remained in use only for wine and beer, and would be applied to other foodstuffs, such as milk, many years after its development. For example, milk in 1870’s US was routinely laced with substances to mask spoilage, and pasteurization was taken up only after the government stepped in to regulate what could and couldn’t end up in milk.

However, it’s important to note that pasteurization doesn’t sterilize (kill all the germs in) foodstuffs, but just culls their numbers enough to make them unlikely to cause spoilage or disease in humans — assuming the product is stored as indicated and is consumed before its expiration date. Sterilization of food isn’t commonly seen because it often affects the taste and quality of the food.

How it came about

The closest process to what we know as “pasteurization” today is, surprisingly enough, the oldest on the list. The Chinese seem to have developed a heat-treatment method to keep wine from spoiling as early as 1117 AD, and it later found its way to Japan, where a Buddist monk describes it in 1568 in his diary, known today as Tamonin-nikki. These methods sound, in principle, very much like modern pasteurization, only they were in use hundreds of years before Pasteur’s vacation.

Although deprived of ancestral Chinese brewing knowledge, Louis didn’t have to start from scratch. It’s likely that he based his works on a previous food preservation method known as appertisation — or as “canning.” 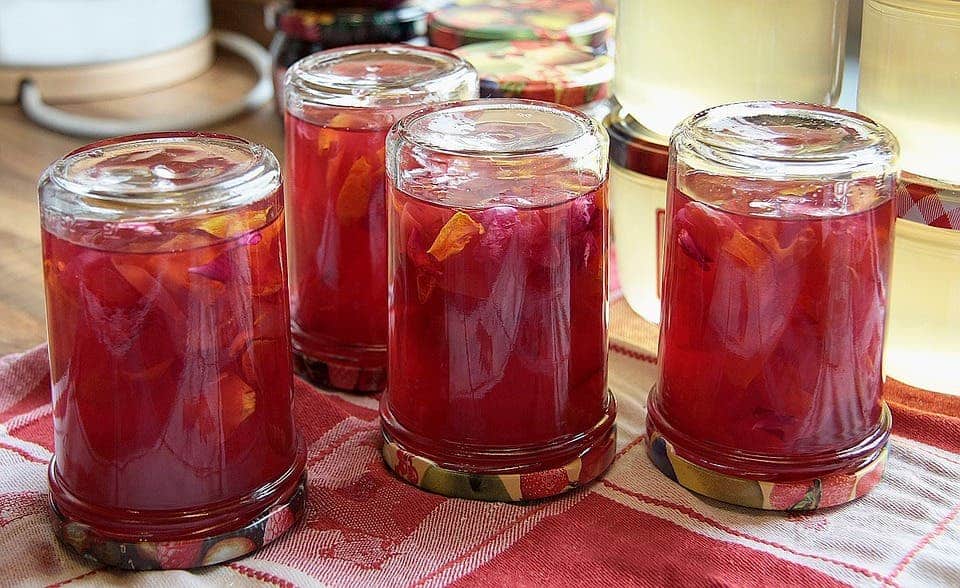 This process is named after French cook, brewer, and confectioner Nicolas Appert. In the height of the Napoleonic Wars, the French government needed to ensure that its soldiers were well fed on very distant fronts — so they needed a new way to keep food from spoiling. To this end, they offered a 12,000 francs reward to any who could solve their problem, and Appret was just the man to do it. He had been experimenting with placing food in glass jars sealed with cork and wax, then dumping them in boiling water.

Just like pasteurization, appertisation uses heat-treatment to kill off any flora that could cause food to spoil, and the sealed container prevents any new germs from moving back in. But unlike pasteurization, appertisation uses high temperatures so the food is also processed/cooked, and as such, changes the appearance and taste of foods treated this way. But, after several autumns’ experience of helping my grandma stock up on jars of food for winter using appertisation, I can attest that the results are very tasty — just not very useful for wine.

Today, appertisation is used mostly for canning. And although Appert used it to preserve milk, appertisation just isn’t very good for that — too much heat and casein, a protein in milk, will make the liquid curdle into cheese. So unless you want to make cheese (we totally have a tutorial on that by the way,) appertisation isn’t the way to go. Pasteurization, however, works great for milk, alcoholic beverages, juices, and a whole range of items you need to be preserved but not over-done.

To find out why, let’s take a look at how it’s done.

To start off, I need to point out that for something to be officially “pasteurized” it has to follow some very strict standards (set by national food agencies so they can vary a bit from place to place) — for example, in Canada milk intended for consumption has to be heated to 72 °C (162 °F) for at least 1 second, while in the UK it has to be treated at 71.7 °C (161 °F) for 15 seconds. These standards also differ from product to product: you can’t use the same technique to pasteurize milk or whole cream, for example. 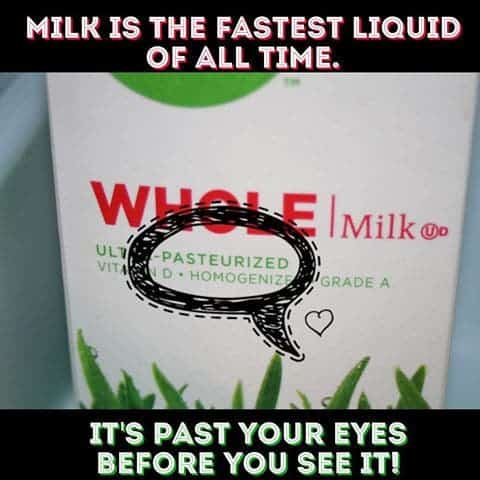 As I’ve said, pasteurization aims to preserve food without cooking/boiling it. In the past, this was mainly done by simply not heating the food in question past the temperature you wanted. That, however, has the drawback that it makes the process much longer. More recent methods rely on much higher temperature (even above boiling point) but much shorter treatment periods to avoid ”cooking” the items. The most used types of pasteurization used today are high-temperature, short-time (HTST or “flash pasteurisation”), ultra-heat-treated (UHT), and extended shelf life (ESL)

HTST treatment is performed by running milk either over heated metal plates or through heated metal pipes, where it’s kept at 72 °C (161 °F) for 15 seconds. It’s a pretty intermediate approach, using moderate intensity heat applied for a moderate amount of time. This is your run of the mill pasteurization method and lends itself well to pretty much anything. When you see a carton of milk labeled simply as “pasteurized,” you’re usually seeing HTST-treated milk.

Ultra-heat-treatment on the other hand subjects the milk to temperatures of around 140 °C (284 °F), but only for four seconds. The process involves spraying the milk through a nozzle in into high-temperature, pressurized steam. After it reaches that maximum temperature, the milk is rapidly cooled down in a vacuum chamber and packaged in an airtight, sterile container. UHT is a very deadly process for bacteria, and the resulting product is actually sterilized not just pasteurized. As a result, UHT products like milk and juice in the right packing can safely be stored even without refrigeration for up to 9 months at a time. Products treated this way are generally labeled as “UHT” or “ultra-pasteurized”, although this can vary from place to place.

Finally, extended shelf life milk uses lower temperatures that UHT but mixes in a microbial filtration step to the process. European countries (with the exception of Germany) don’t require manufacturers to label ESL milk as being ultra-heated, so you can often find it labeled as “fresh”. Still, ESL and traditionally pasteurized milk are processed differently and have different properties — especially important when you’ll start making your own cheese.

Oh, boy does it. Before pasteurization, milk that didn’t come fresh out of the udder was probably one of the most dangerous foodstuffs available as it’s an awesome environment for germs. To put things into perspective, some 65,000 people died of tuberculosis contracted from days-old milk in England and Wales alone between 1912 and 1937, before pasteurization became widely-used. And it wasn’t just tuberculosis — you risked brucellosis, diphtheria, scarlet fever, Q-fever, and a host of other nasty bacteria with every sip of milk you drank. Even today, improperly processed raw milk causes nearly three times more hospitalizations than any other food out there, the CDC says.

But a 15-seconds pasteurization process will leave only one in a million to ten million germs alive (between 6.7 and 6.9 mean log10 reductions) — meaning a glass of pasteurized milk is probably one of the safest food items we can enjoy. A simple process that makes a world of difference.

So if you happen to produce a lot of milk at home, make sure to pasteurize it, just to stay on the safe side. FDA guidelines allow for home pasteurization at 63 °C (145 °F) for 30 minutes.