A trucking accident on the Dodge County highway revealed the US livestock industry’s sweetest secret — farmers have been feeding cows defective Skittles on the down low to avoid paying for corn. 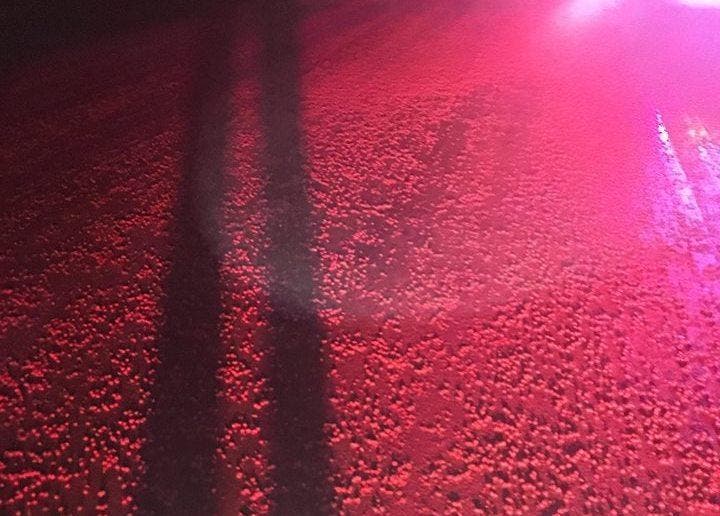 Wisconsin cattle farmers are in a sticky situation with customers after a truck spilled thousands of Skittles on County Highway S intended as animal feed. The candy, all colored in pink and carrying the brand’s distinctive white ‘S’, didn’t meet quality standards and was actually cheaper than corn.

The Sheriff’s department reported that the Skittles were boxed up in the back of a flatbed truck. Due to rain, the crates got wet and slipped onto the road and broke apart, spewing candy everywhere. Highway maintenance teams were deployed to dispose of the sweets.

In wake of the finding, public voices raised concern that this practice would negatively impact the quality of meat. Experts, however say that there’s no cause for alarm — as the practice has been going on for a few years now. The candy is not only cheaper than traditional feed (especially the defective ones) but they may actually provide a host of other benefits.

“Cows need carbohydrates, as well. They need sugar. It provides energy and calories for them,” said Liz Binversie, Brown County UW-Extension Agriculture Educator. “Your body doesn’t really distinguish candy vs syrup vs corn vs whatever,” she added.

“It actually has a higher ratio of fat (than) actually feeding them straight corn,” said Joseph Watson, owner of United Livestock Commodities, who swapped for candy during the 2012 drought when corn prices skyrocketed.

And some argue that the practice may also be more environmentally friendly than using traditional feed and throwing these candies out. John Waller, a professor of animal nutrition at the University of Tennessee, said for NBC:

“It keeps fat material from going out in the landfill, and it’s a good way to get nutrients in these cattle. The alternative would be to put (the candy) in a landfill somewhere.”

I do see his argument — waste is nobody’s friend. But how can Skittles be ‘defective’? It’s candy. It’s supposed to be sweet, and that’s all it has to be. If you look at the big enough picture, producing a pound of the stuff has a higher impact than producing a pound of corn. It makes sense to feed it to cows rather than dumping them, sure, but I’d rather not have to make the choice in the first place.

Still, with corn prices at an all time high, it’s unlikely that the farmers will wean off candy any time soon.  At the end of the day the cows get to chow on some sweets and I guess that’s nice.

Another upside to the whole story is that the Dodge County Sheriff’s posts about the incident are pure gold:

They later said that the crash actually helped, since the roads had been icy for days and the candy provided “extra traction”.